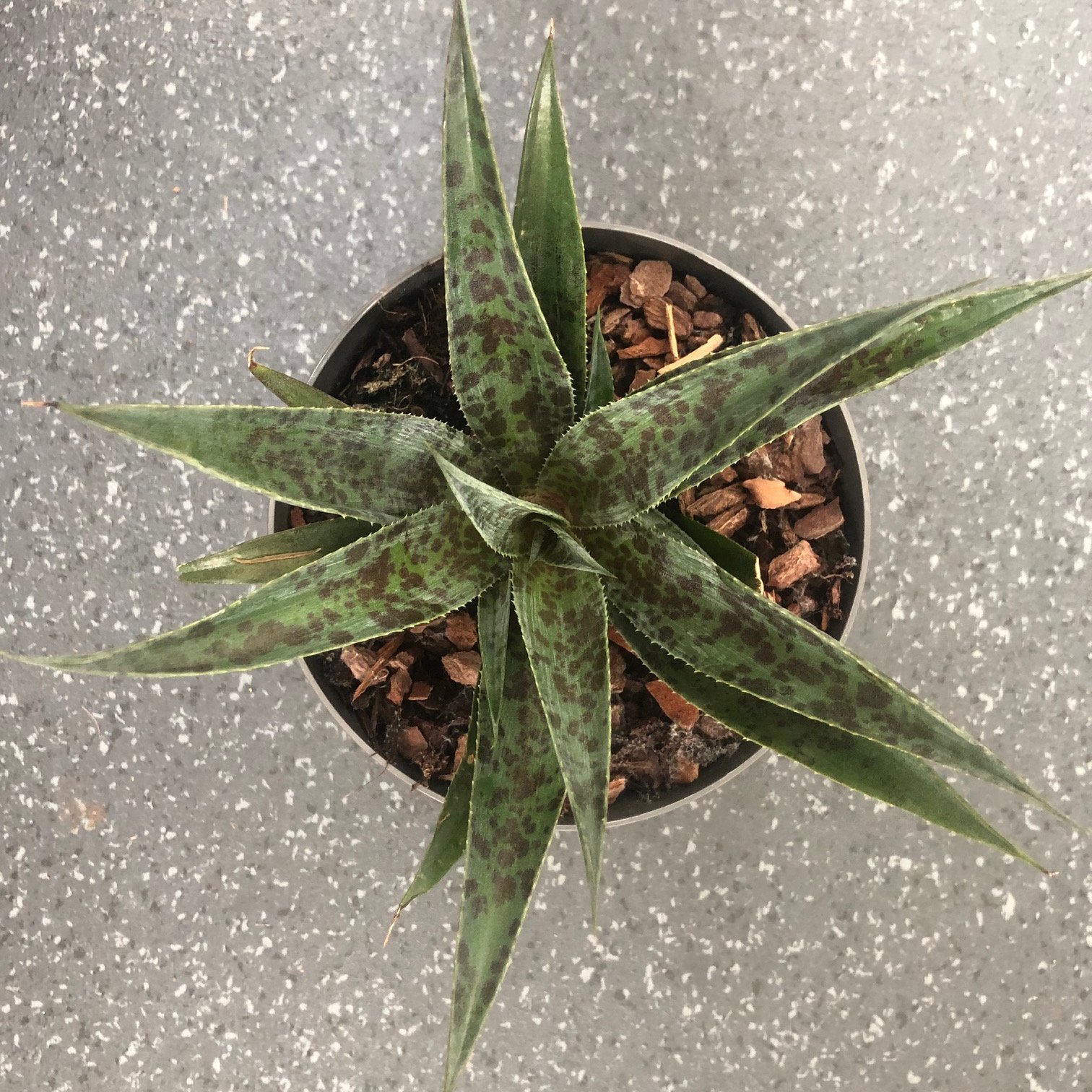 It's essential not to situate your Mangave in a location where you can't read a newspaper. Due to the slowed rates of photosynthesis and water-uptake, the risk of root rot will dramatically increase the further you travel into the shade. The ideal setting for this plant is somewhere that can offer a few hours of morning/evening sun, or at least with over-head lighting. A bright, warm conservatory is best, or within a few metres of a south-facing window. Never situate one in a north-facing room, especially in the autumn and winter months, as there won't be enough light during the day.

Mangaves will require drenches between droughts to become sufficiently hydrated. As mentioned above, there'll always be a risk of root or heart rot with those kept in too much moisture, so allow almost all of the soil dry to dry out in between waters. Under-watering symptoms include collapsed or greyed leaves, stunted growth and crisping brown edges; these issues are usually down to too much light/heat or forgetfulness but is somewhat uncommon among gardeners. If your specimen receives several hours of light a day, we'd recommend reducing the overall time by half to counteract the development of sun-scorch. Over-watering symptoms include spotty brown leaves with yellow perimeters, stunted growth and a rotten base. Mangaves will only thrive in bright settings, so locations that are too dark will significantly increase the chance of over-watering and yellowing lower leaves. 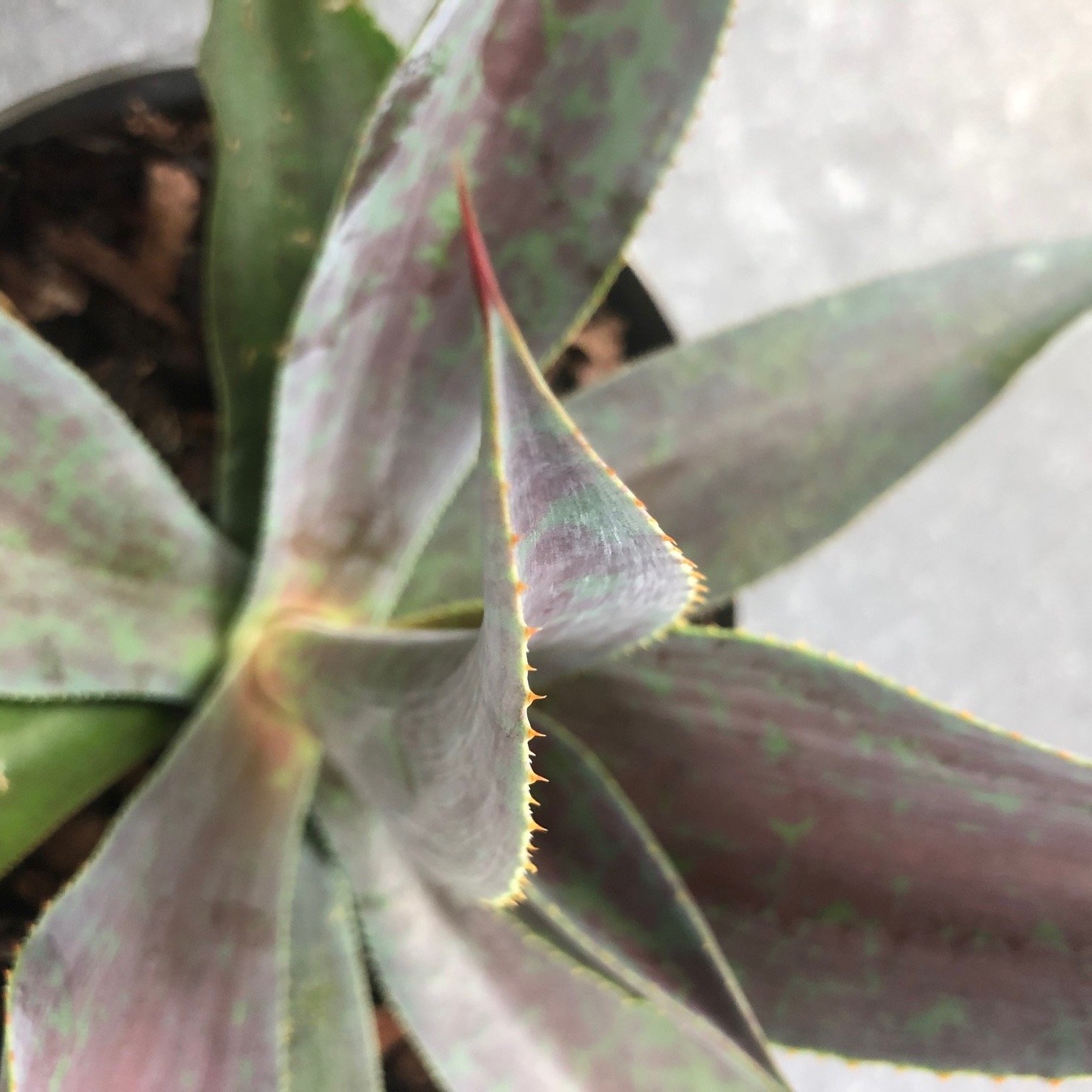 Mangaves are a man-made hybrid between the Agave & Manfreda back in 2005. As both parents develop thorns along their leaves' upper margins, it was wholly expected for the Mangave to adopt a similar mannerism.

Over-watering is the biggest issue when it comes to Mangaves. Typical signs of this include brown leaves with soft spots on the underside of the leaves, basal/crown rot or a collapsed stem. Not only do you have to be mindful of root rot, but you'll also have to think about which plant parts to keep dry. The soil must have periods of droughts to imitate the habitats of arid deserts, as well as limiting the chance of root rot. Its central crown must also remain dry at all times to prevent the development of basal rot. The final over-watering heads-up is to avoid waterlogging; there's no point fulfilling the ukhouseplants' phrase, 'drenches in between droughts' if the base of the pot is submerged, as root rot will arise. For any more information about over-watering related issues, be sure to click on this link!

A pale central crown is a typical sign of too little light. As Mangaves originate in bright locations around Africa, replicate their habitats by offering at least two hours of direct sunlight a day. 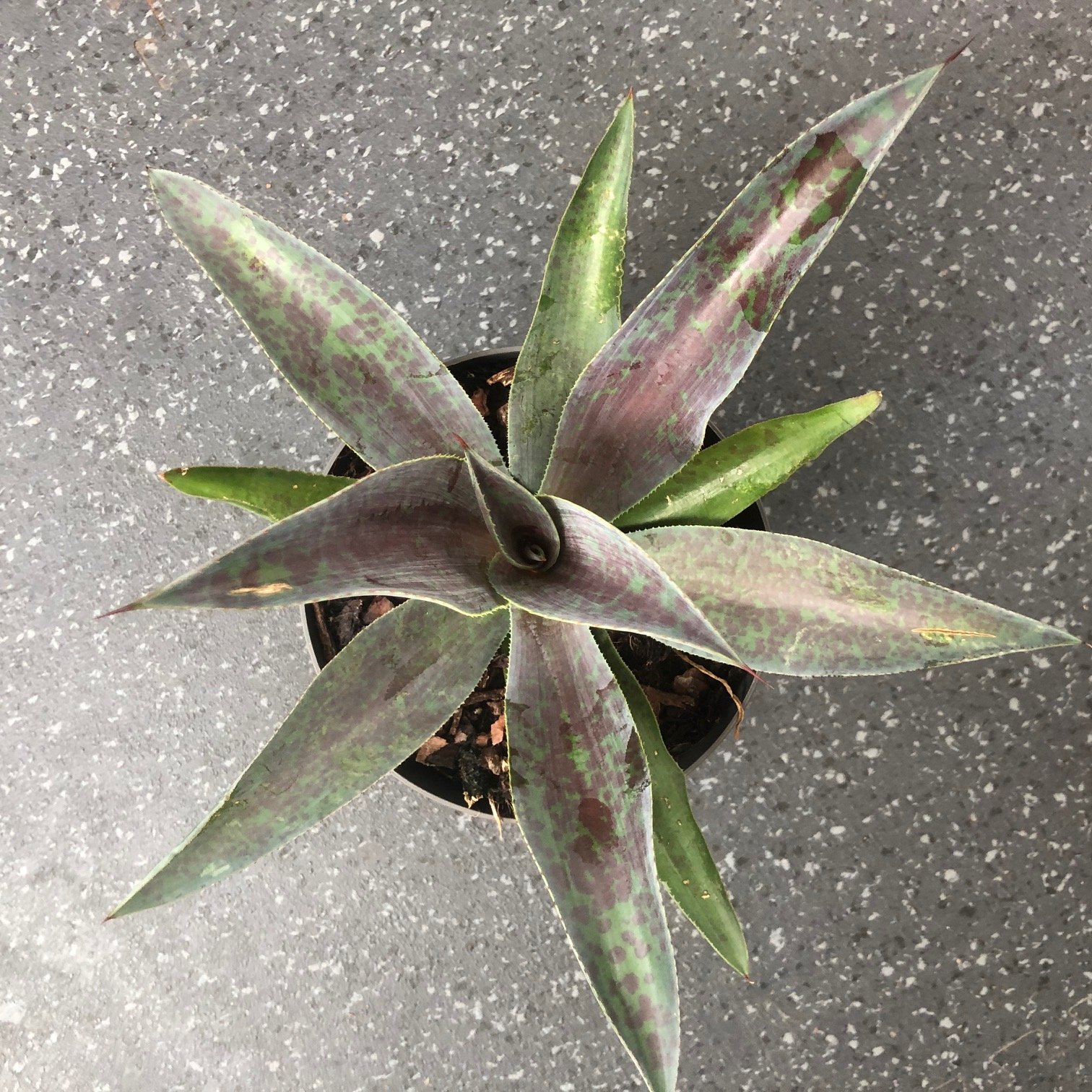 Mangaves don't naturally occur in the wild as the genus is a human-made hybrid. Its parents, the Agave and Manfreda, have been formally documented in texts or books since the eighteenth century, with both originating from the central south of North America. Subsequently, all species within Manfreda have now been moved into the genus of Agave, after extensive genetic testing. 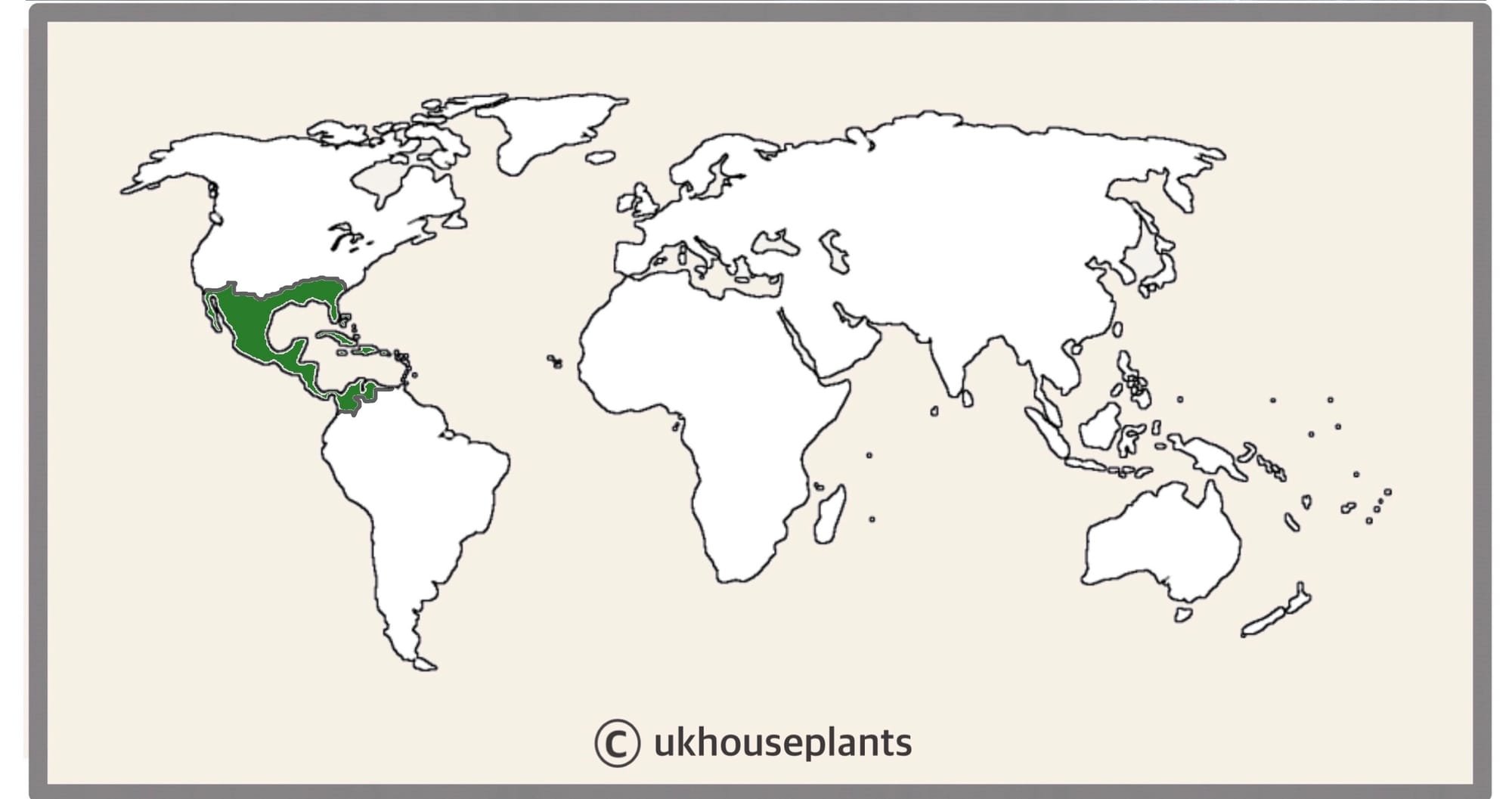 The Distribution of Agave & Manfreda (its parent plants).

8° - 32°C   (46° - 90°F)
H1c  (Hardiness Zone 11)  - Can be grown outdoors between late spring and summer throughout most of the UK while nighttime temperatures are above 10℃ (50℉). If you decide to bring the plant outdoors, don't allow it to endure more than an hour of direct sunlight a day as it may result in sun-scorch. Regularly keep an eye out for pests, especially when re-introducing back indoors.

Up to 0.4m in height and 0.4m in width once they reach maturity. The ultimate height will take between 5 - 10 years to achieve, with 5cm of growth being put out per year.

Basal Offset Division (Easy) - Your plant will produce several basal offsets that can be separated once they have a sufficient root system, and surpass 4cm (1.5 inches) in width & height. If possible, water the soil 24hrs before the main event to reduce the risk of transplant shock when its dry root systems are over-fingered. Take the plant out of its pot and place your fingers close to the nodal junction - compost may have to be removed for better access. Push the chosen offset downwards until you hear a snap. Separate the foliage and its root system away from the mother plant, mentally noting the high risk of damage. Transplant in the appropriate sized pot with a fresh batch of 'Cactus & Succulent' labelled soil. Maintain evenly moist soil and situate it in a bright, indirect location away from any direct sunlight for the first six weeks. After this period, treat it like a mature specimen, following the care tips above!

The chance of a Mangave producing a flower will be highly unlikely due to the unfavoured growing conditions indoors. If the specimen does flower though, a thick tubular stalk will develop during late spring, producing a show of colour for several weeks. The one-metre (3ft) spike will produce clusters of yellow, pink, red or white flowers along the shaft, forming a tree-like structure. If pollinated successfully, the seeds can take several months to develop and can be propagated in the following spring. Its parent plant, the Agave, is mostly monocarpic, meaning that the specimen will die shortly after flowering - it is still unknown whether Managves follow this same pattern.

Repot every two years in the spring using a 'Cactus & Succulent' labelled potting mix and the next sized pot with adequate drainage. 'Pup' cuttings can be taken during the repotting process; scroll up to 'Propagation' for more information.

Hydrate the plant 24hrs before tinkering with the roots to prevent the chance of transplant shock. For those situated in a darker location, introduce an extra amount of perlite and grit into the deeper portion of the pot to downplay over-watering risks. Click on this link for a detailed step-by-step guide on transplantation, or via this link to learn about repotting with root rot.

Not known to be poisonous when consumed by pets and humans. If large quantities are eaten, it may result in vomiting, nausea and a loss of appetite. Please note that the leaves' edges are razor-sharp, so always wear protective gloves when handling.