1. What is Environmental Shock?

When a plant is relocated into a new, unfamiliar setting, the effects can be catastrophic. The humidity, temperature and light levels will all suddenly shift into different proportions, inflicting great stress on certain species. The list below consists of the ten most susceptible plants to environmental shock, and possibly ones to avoid if you can't meet their needs.

The similarities between environmental shock and water-related abuse (most likely over-watering), are closely linked. Wilting, stunted growth, yellow lower leaves and a sudden flower or leaf loss are all common issues with a change of location. Inexperienced owners may misread these signs and unnecessarily water the soil, causing further stress in the likes root rot and weakened health. 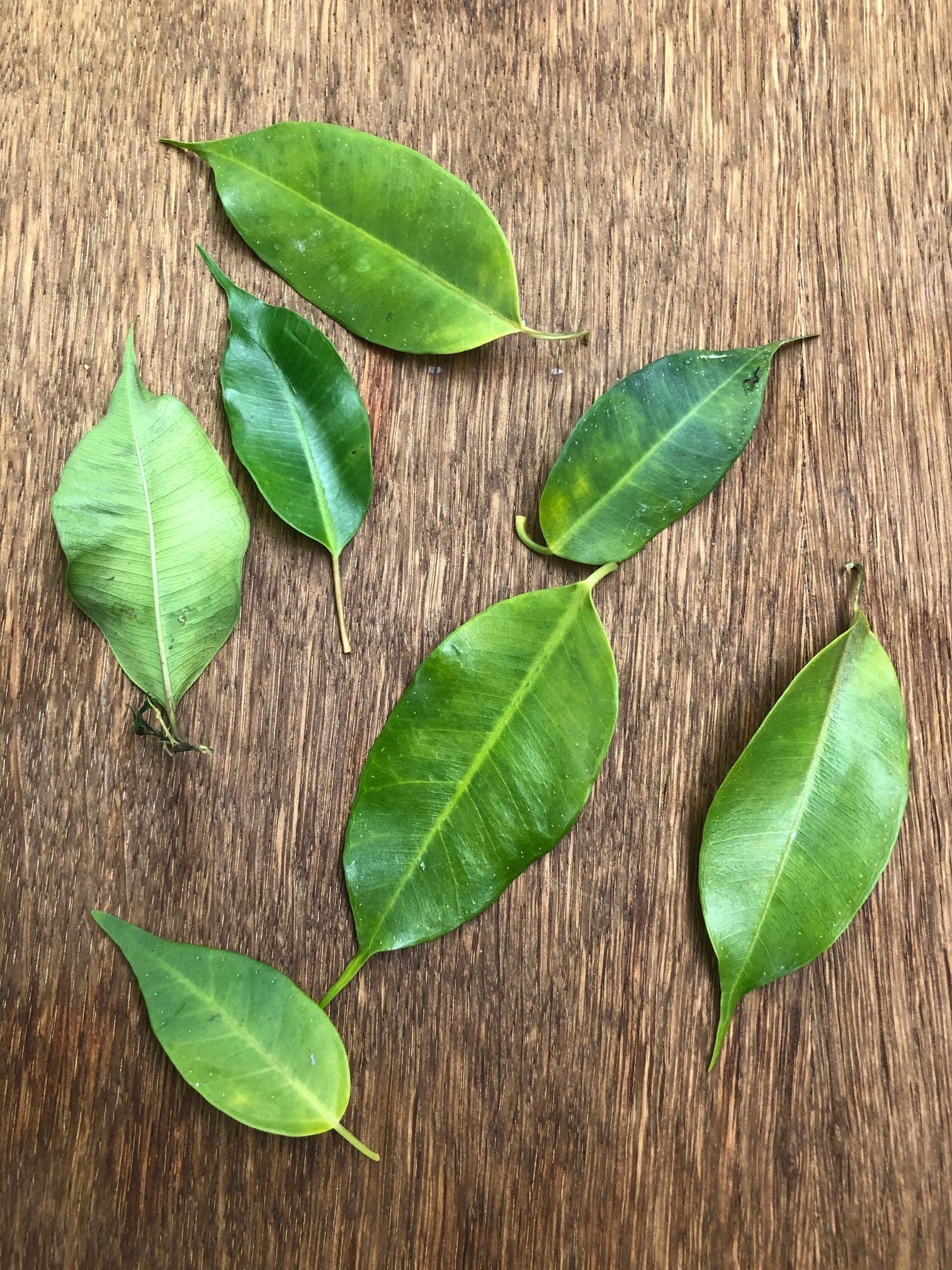 Sudden abscission (predominately in the lower portion of the plant) is common issue with  Weeping Figs after a change of location. 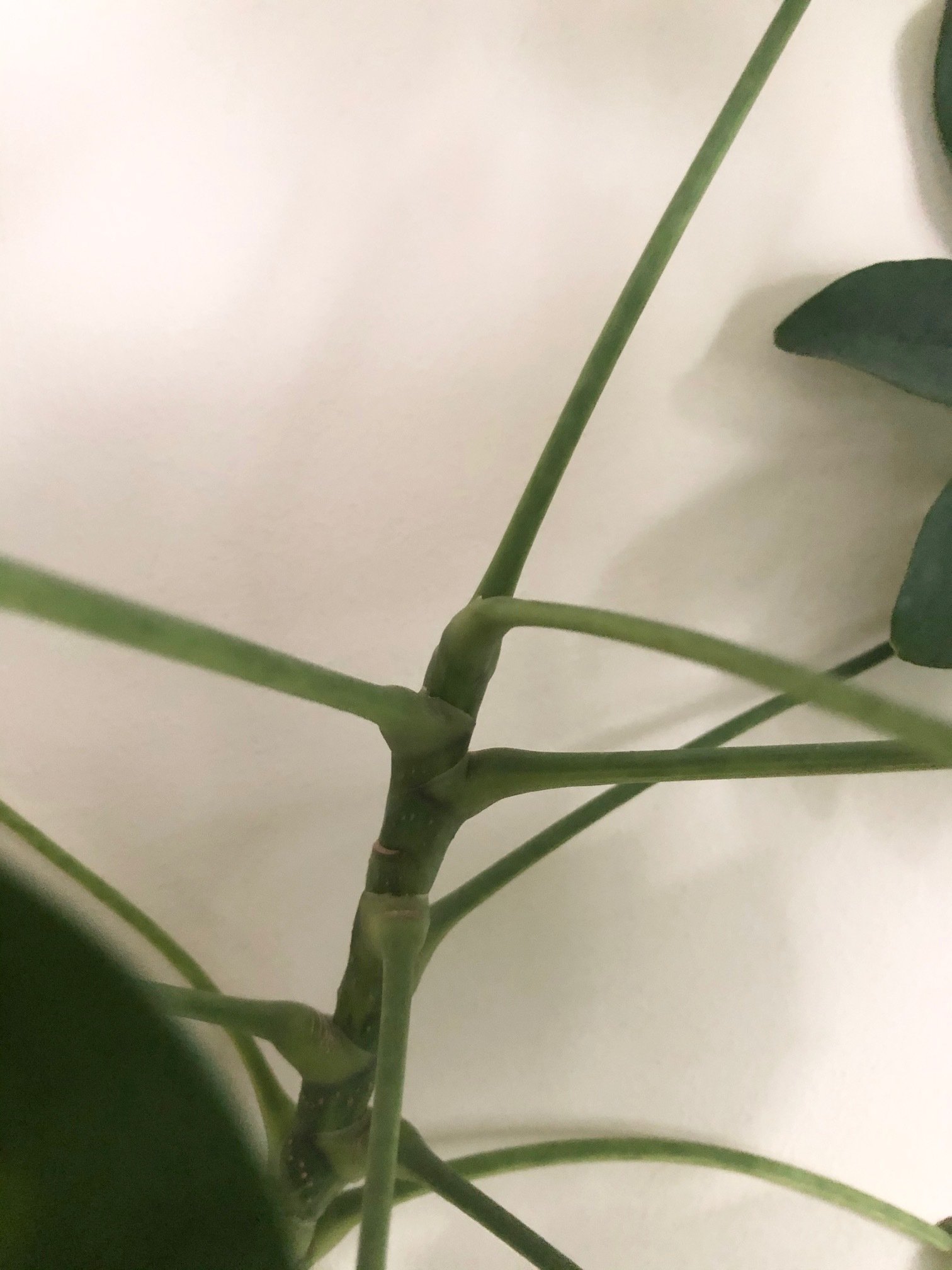 Stunted growth is one of the best indicators of environmental shock. Plant: Schefflera arboricola

3. How to Minimalise the Effects

When a kitten is re-homed with a new family, they'll offer elements that interim between the two locations. Animal care, of course, is far more complicated than horticulture, but the principles are still the same. Especially with sensitive species like an Umbrella Tree, recreating its natural habitat with the correct levels of humidity, light and temperature is one of the easiest ways to prevent death or a severe decline in health. Read on to learn about the three ways to avoid stress plant, along with some extra tips if you're relocating it within the same house or room.

The first, and most obvious factor to consider, is the light levels. There's little point in purchasing a 'sun-loving' plant and then plonking it straight into a shady corner as the inevitable will happen - stress and death. You're either going to purchase a plant to fit a specific location or because you really want the species for your plant collection. With this in mind, consider whether or not it'll survive the desired place with all of the variables studied. If you'd like to read a list of which houseplants do best in a range of different rooms and locations, click here!

Humidity and temperature play a significant role in environmental shock. Plants that are mass-produced in artificially-controlled glasshouses are the ones that haven't had a 'toughening-up' period, with limp, thin growth and an absence of 'woodiness'. Going from a reliable setting where the ambient temperature and humidity levels are monitored continuously, to a domestic environment that consists of drying air, poor air circulation and consistent temperatures will quickly lead to antagonisation. Before purchasing the plant, consider its natural habitat and temperature levels in the wild. If you're interested in a tropical specimen, introduce a humidity tray to present a moist, reliable environment; there's little point in situating a Boston Fern within two metres of an operating radiator, as it'll lead to crisping foliage and dehydration.

Temperature, although not an overly important factor, can also play a big part in a plant's wellbeing. Some flowering specimens, for instance, Stephanotis or Orchids, will respond better to blooming when the nighttime temperatures dip a few degrees.

Your cultivation skills are the final variable to consider. If a specimen is used to regular waters with the occasional feed in its' past life' - maintain this! Although it'll be hard to fully suss-out its past cultivation, studying its condition of health will significantly help. If you're purchasing a reduced plant with visible signs of dehydration, never plunge it immediately into a gallon of water as this may shock the plant to death. Instead, ease it into a new environment by irrigating it little and often over the next few hours to reintroduce it back into functioning life.

Relocating a Plant within the Home

Environmental shock may even occur when a plant is relocated within the house. Problems are most likely to arise when going from a bright location to a dark one with little preparation by the plant. If it has solely relied on brilliant indirect site for a couple of months, the chances are that it won't like being moved to a shadier one. This is because it'll be forced to produce more chlorophyll to convert the small amounts of natural lighting into storable energy, for the first time in its functioning life. Even if a website or book explicitly states that the species can thrive in a shady location, only YOU know what your plant has been accustomed to in the past.

When it's time to move a specimen into the new location, we recommend offering an introductory period between the two. For the first couple of days, place it in the desired environment for a few hours in the morning for acclimatisation. Replicate its original location to the best of your ability, taking into consideration the issues raised in Section 2. Keep a photo of the specimen from the first day of the move, and then again after two weeks. If there's a considerable change of appearance, you may have to replace it back into the original environment to prevent a further decline in health.

In some cases, environmental stress may take up to six weeks to fully show itself, so always keep an eye out until the first new leaf unfurls or matures. If the foliage sport good vigour, and there's considerable new growth in the oncoming weeks, you've successfully avoided the risk of death. The final section is about softening the transition stage after it has been relocated into the new environment.

As the rates of photosynthesis will begin to decrease, the plant will rely more on soil-borne nutrients to maintain good health. Regularly supplement the roots in concordance to the guidelines on this website or plant label. Wash the foliage at monthly intervals to prevent a build-up of dust; this will increase its light-capturing efficiency, and therefore its overall health. Keep the plant slightly on the drier side to compensate the lower levels of light (and water-uptake through the roots).

An introductory period is mandatory for the avoidance of sun-scorch. Increase the intensity of light received every few days until the desired location is reached. You may have to increase the frequency of irrigations to lubricate the higher rates of photosynthesis. As long as you avoid the combination of dehydration and direct sunlight, it should be fine.

Please note that not all specimens can withstand prolonged exposure to the sun, especially over the summer months. For more information on which plants are best suited for these environments, click here!

This section is only needed for plants that are predominantly grown outside during the warmer seasons of the year. Once the risk of frosts have elapsed, situate the specimen outdoors during the day and back indoors at night. Do this step for the first week of its introductory period to a shock to its system. Once you feel comfortable that the plant has acclimatised to the new surroundings, it can be permanently placed outdoors for the oncoming growing season.

Introduce a humidity tray for specimens that require high levels of atmospheric saturation. Providing a constant pocket of moist air can reduce the risk of environmental shock, as well as lengthening the duration of flowers. For more information on a plant's relationship with humidity, along with other ways of increasing it, click here!

We’re not trying to put you off purchasing a new plant or to blame every symptom on environmental shock, but always keep this possibility at the back of your mind. The moral of this article is to read-around the desired plant or location before the purchase. If you’re struggling to find a plant for a specific area (i.e. shady, cold or draughty), either click on this article or send us an email via this link!