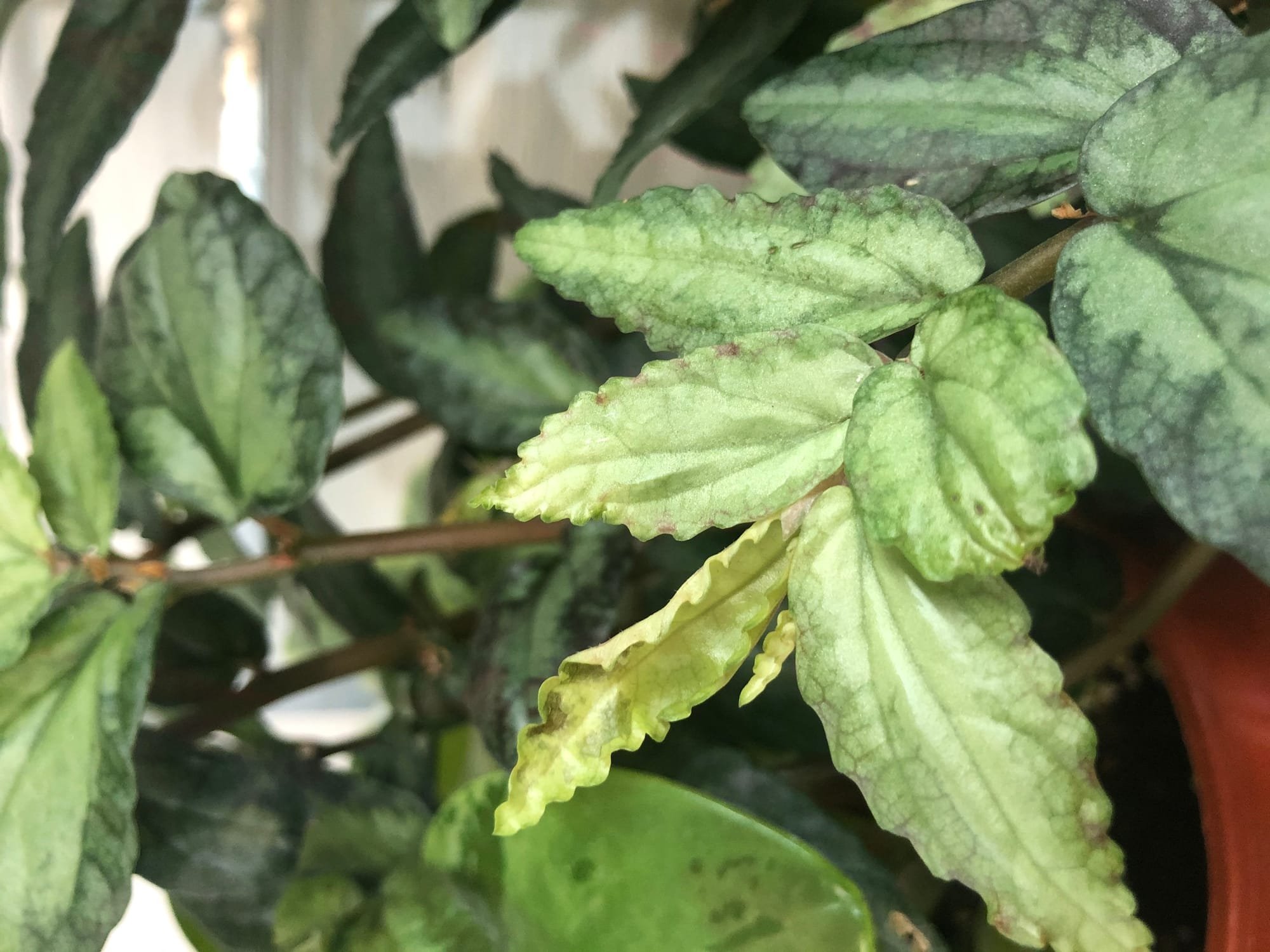 Provide a bright, indirect location that offers a reliable level of humidity, air circulation and temperature. A position that offers more than an hour of direct light must be kept off the cards, due to their susceptibility to sun-scorch. A site within two metres of a north, east or west-facing window, or below a skylight window is the ideal area.

Moist soil is mandatory for a happy specimen. Allow the soil's top third to dry out in between irrigations, reducing this slightly further in the autumn and winter. Do not, under any circumstances, promote periods of droughts due to the species' reduced ability to endure dehydration. Under-watering symptoms include the curling or crisping of leaves, yellowed foliage, stunted growth and a 'washed out' appearance. These issues are usually caused by too little soil moisture and too much light/heat. Over-watering will create leaf-loss at the base (leaves closest to the soil), root rot, and possible stem collapse. These are usually down to too much soil moisture -  be sure to allow at least a third of the soil dry out in between waterings and consider a brighter location, too. Scroll down to 'Common Issues' for more information on this.

Create a humidity tray to provide a moist and stable environment for your plant. If the surrounding saturation is too low or the heat too high, its leaf-tips may start to brown over and curl, especially in direct sunlight. Gently hose the foliage down from time to time to hydrate the leaves and keep the dust levels down. Pellionia can, however, grow in average room humidity rather well, so don't overshoot the mark with oner-humidification as it may result in eventual rotten foliage. 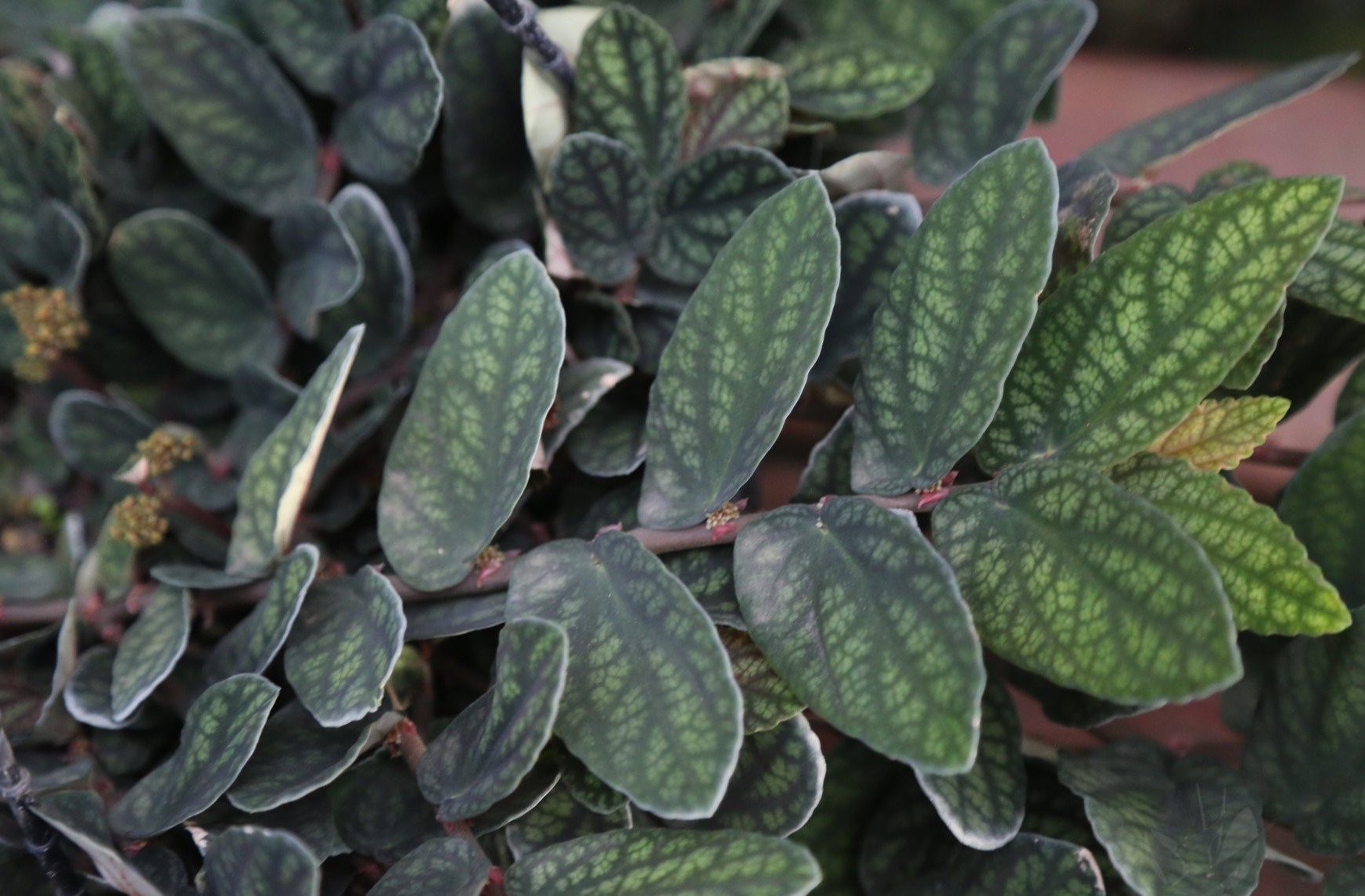 Never situate it within three metres of an operating heat source, for instance a radiator or fireplace. Due to the heightened temperature, the plant will soak up far more moisture than those situated in cooler locations, increasing the chance of droughts and browning leaf-edges.

Mould or mushrooms developing on the soil means two things - too little light and over-watering. Despite the harmlessness, it'll prove unsightly to most gardeners and is therefore removed once known. To remove, replace the top two inches of the soil for a fresh batch of 'Houseplant' compost. Either increase the amount of light received (no direct sunlight for the first few weeks to prevent environmental shock) or decrease the frequency of waters slightly. If the mould is accompanied by yellowing lower leaves, you may also have a case of root rot. Vine cuttings are easy, reliable and quick to root. Scroll down to 'Propagation' for more information on how to perform the perfect cutting!

João de Loureiro first described the species in 1790 as 'Polychroa repens', describing its multi-coloured foliage and creeping nature. The taxonomy shifted several times during the 19th and 20th century, hopping from Elatostema to Pellionia, until its final resting name of 'Procris repens' by Barry Conn & Julisasi Hadiah, in the late 20th century. The popular and original term, Pellionia repens, was first penned by Elmer Drew Merrill in 1928, placing the species in the genus of Pellionia that honoured French explorer, Alphonse Pellion. 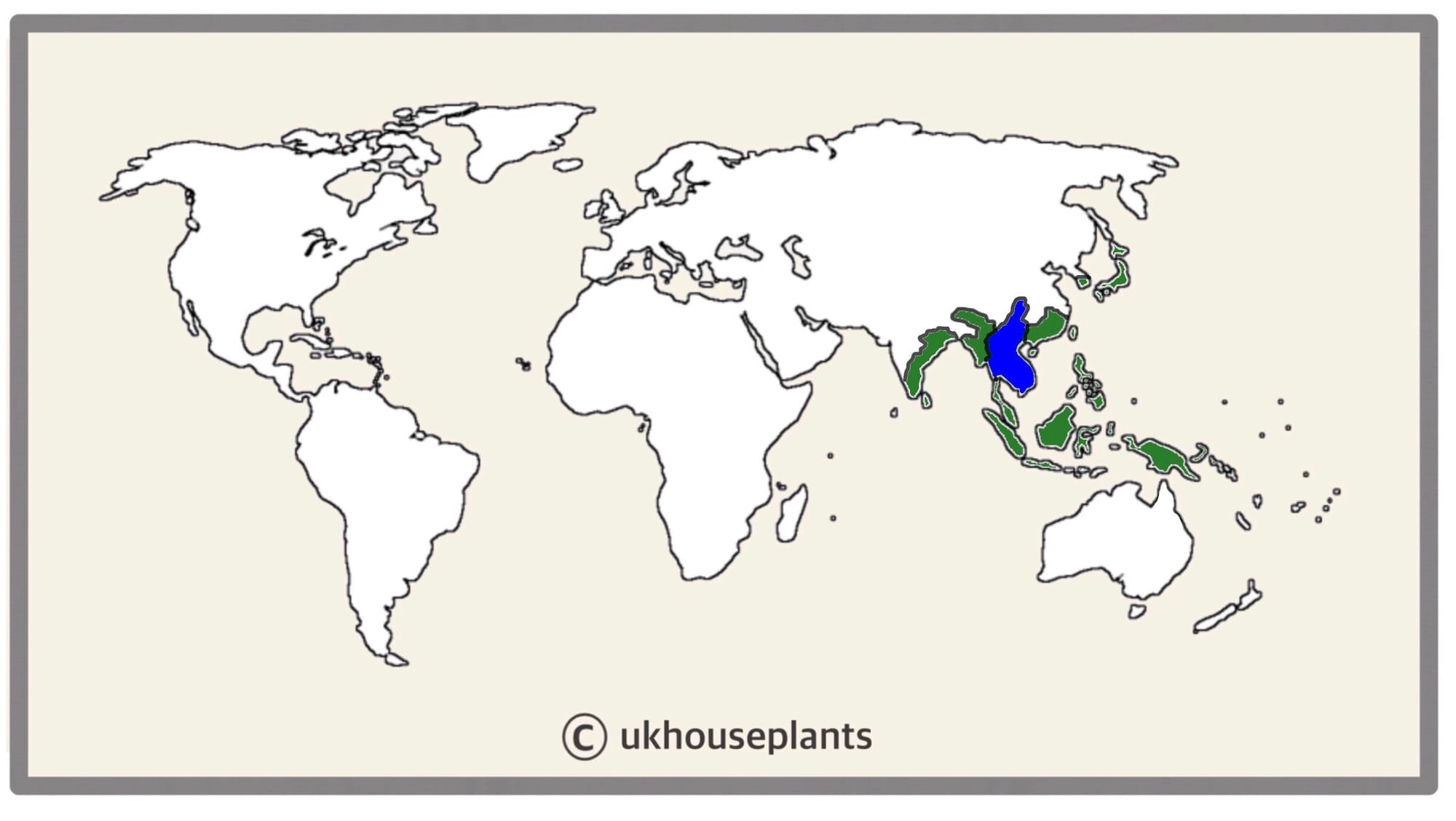 The Distribution of Pellionia in Green & Procris repens in Blue.

12° - 30°C   (54° - 86°F)
H1b (Hardiness Zone 12) - Can be grown outdoors during the summer in a sheltered location with temperatures above 12℃  (54℉),  but is fine to remain indoors, too. If you decide to bring this plant outdoors, don't allow it to endure any direct sunlight as it may result in sun-scorch and dehydration. Regularly keep an eye out for pests, especially when re-introducing it back indoors.

Up to 1.4m in vine length, with the ultimate height being reached in 3 - 5 years.

Pellionia will produce small clusters of white flowers along the leading growths in the summer months. Unfortunately, due to the unfavored growing conditions indoors, they'll rarely flower when domestically cultivated and are predominantly grown for their striking foliage.

Repot every three years in spring using a 'Houseplant' labelled potting mix and the next sized pot with adequate drainage. Pellionia are far better potbound for several years due to the heightened risk of root rot and repotting-issues (like transplant shock), so only repot if you feel it's wholly necessary.

Keep an eye out for mealybugs, scale, fungus gnats, vine weevils & root mealybugs that'll locate themselves in the cubbyholes and undersides of the leaves, with the exception of the latter two in the soil. Common diseases associated with Pellionia are root rot, leaf-spot disease, botrytis, rust, powdery mildew & southern blight - click here to learn more about these issues.