Mealybugs can be found on almost all houseplants. The female mealybug can lay up to three hundred eggs in its lifetime, most of which are hatched in their cottony webs. The photo below shows the typical infestation that usually situates itself in the cubbyholes of the plant. Male Mealybugs won't look anything like their female counterparts, and instead, appear to look like any other household fly. Their ability to fly up to half a mile and widely impregnate other Mealybugs empathises the fact that Mealybugs can spread very quickly onto nearby plants. 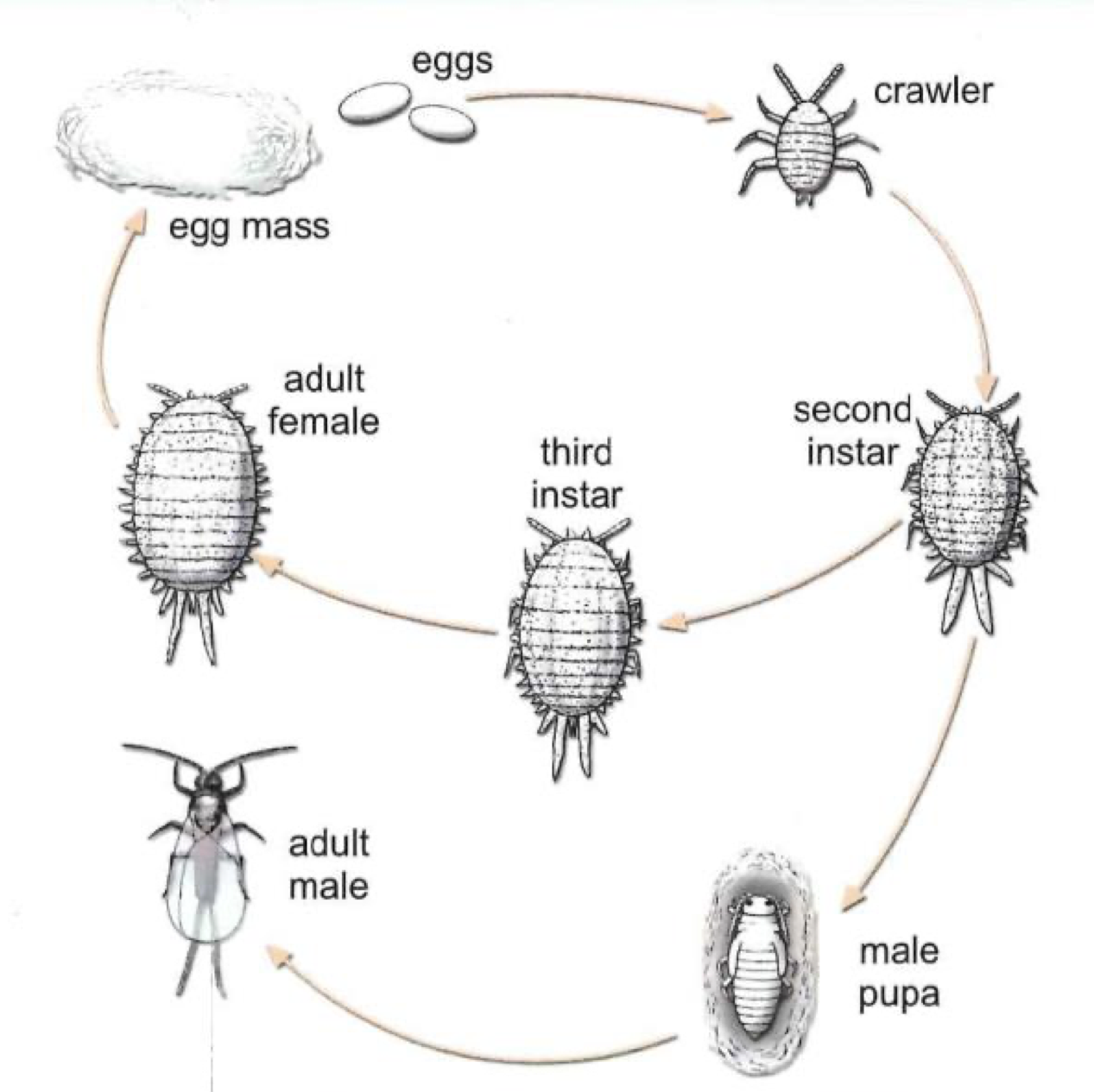 The development of a Mealybug. Copyright: PIRSA 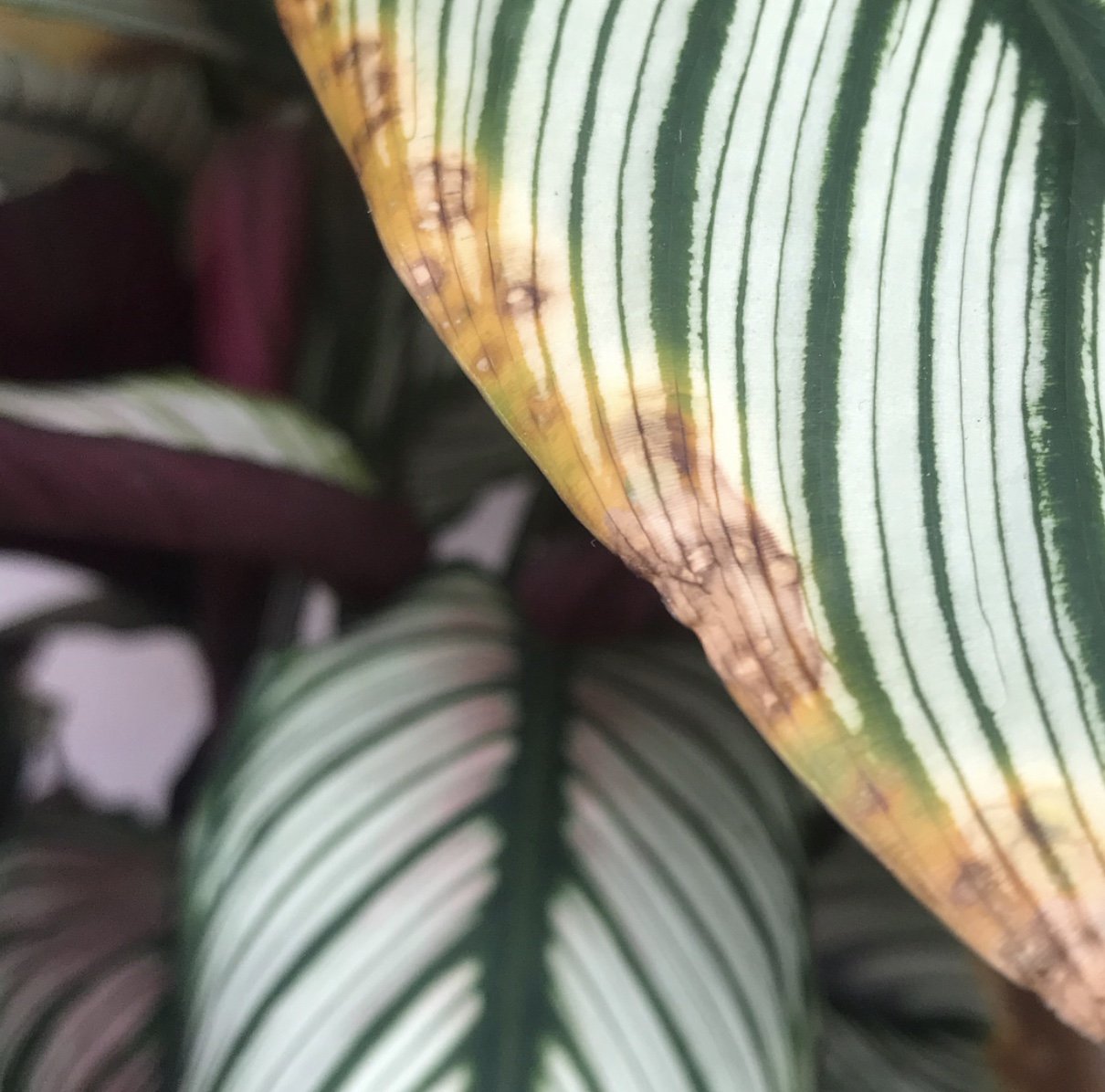 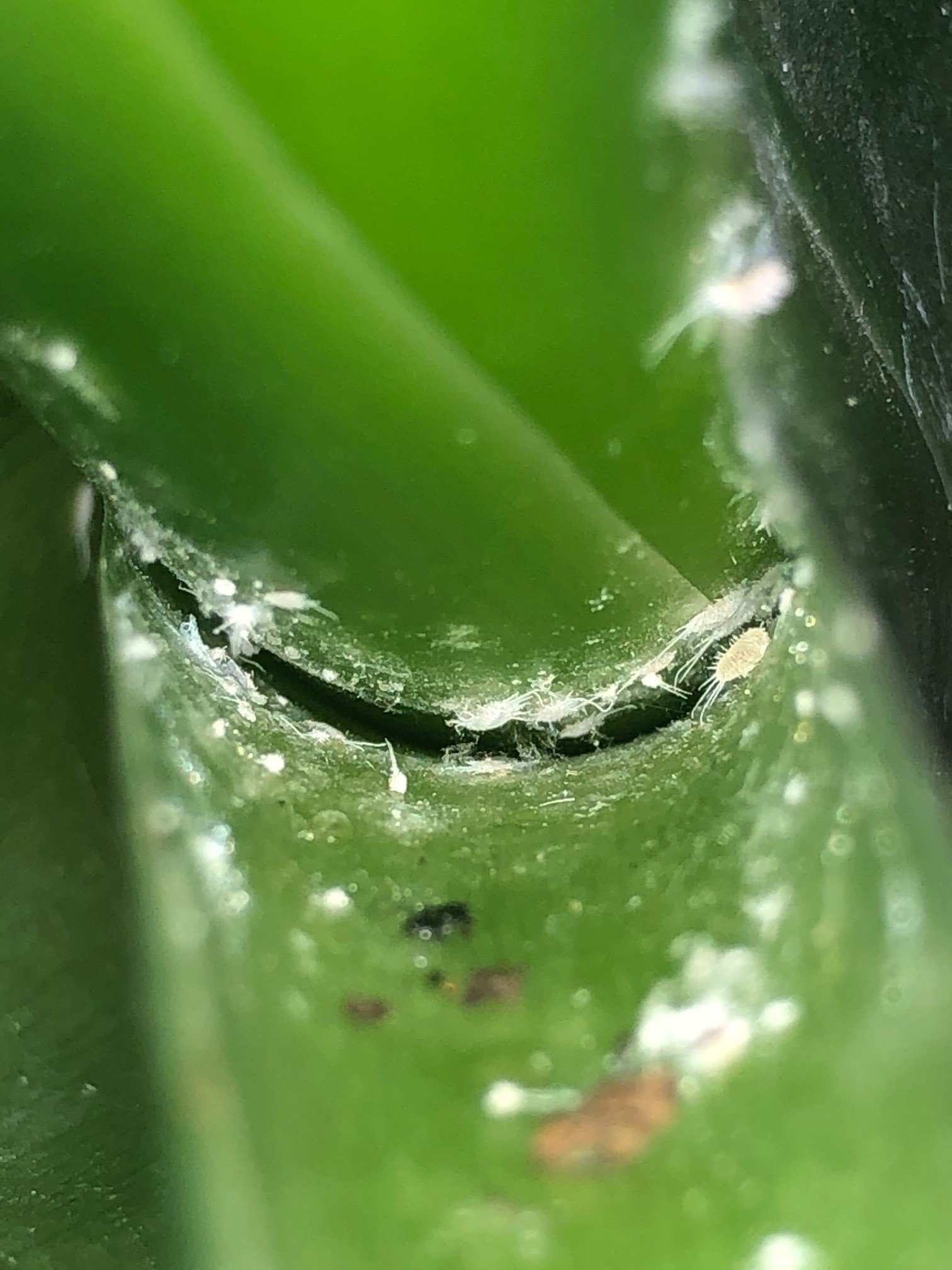 Large colonies of white webs can develop in the cubbyholes of a specimen, with the females protecting their eggs beneath them.

These pests can attack all parts above the soil line; for instance, its flowers and stalks, both leaf sides and the cubbyholes of the stem.

Plants - All species are susceptible to Mealybugs, including Aroids, Citrus Trees, Cacti & Succulents. 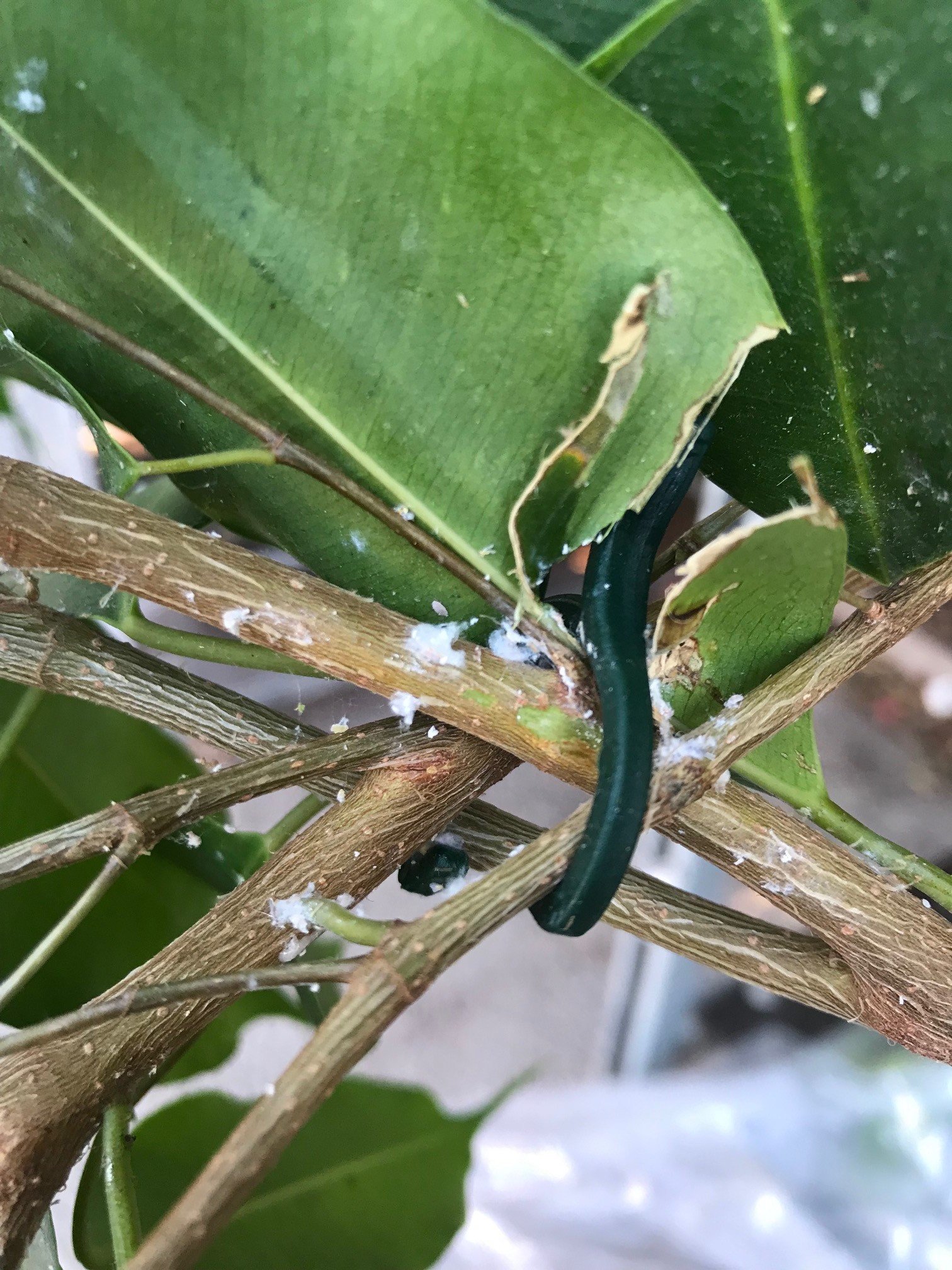 A typical attack on a Ficus benjamina. 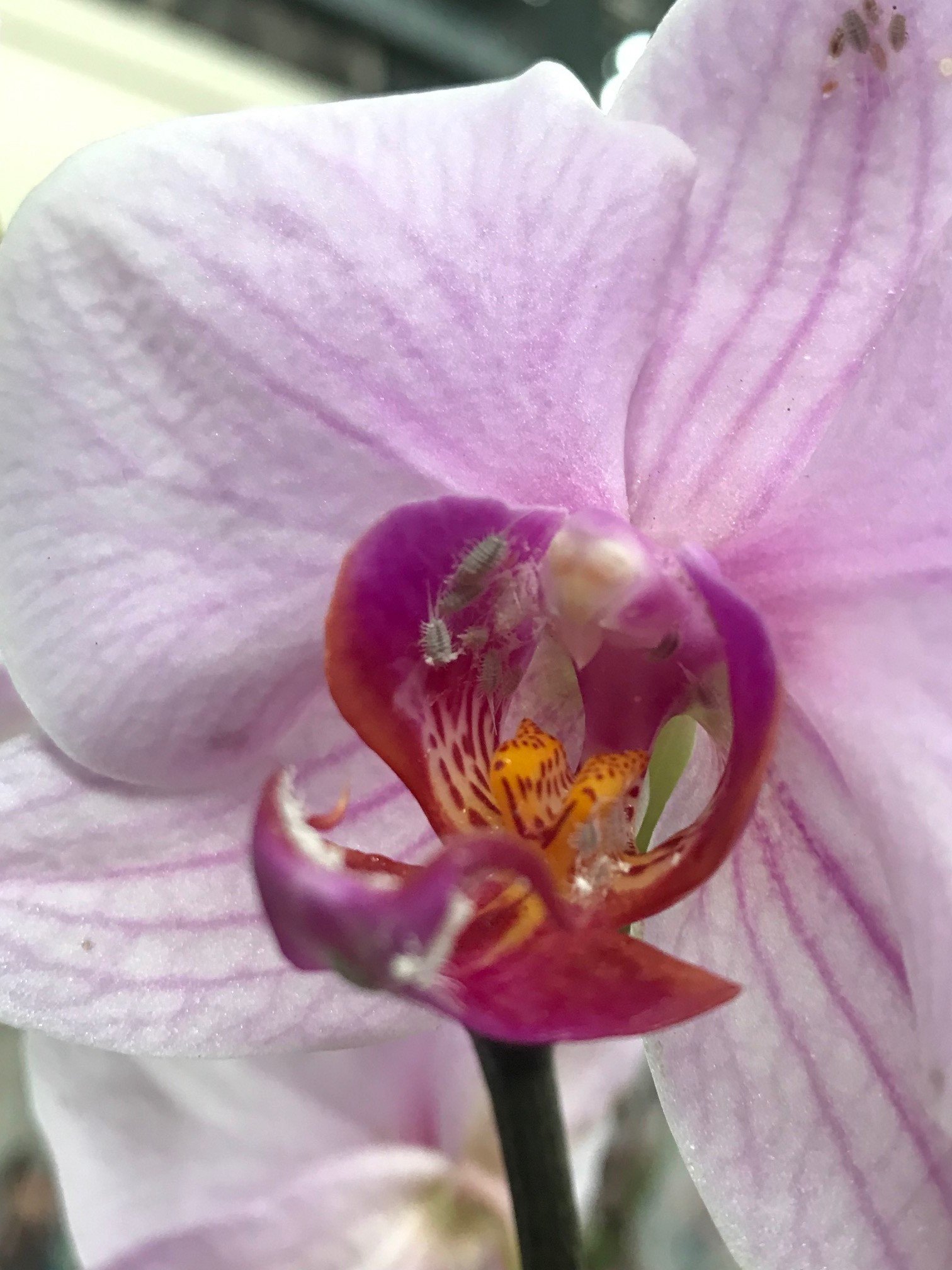 Mealybugs love to infest the flowers due to the weaker tissue that can be penetrated by their mouthparts.

1. Firstly, crush all of the visible bugs and their cottony webs to prevent a further infestation. Any flowers must be removed, along with their stalk as its cubbyholes can hide large quantities of critters. Instead of just squishing the webs, remove it wholly from the plant to remove any unhatched eggs. If the bug and web crushings are successful, an orange, musky-scented secretion will engulf your fingers, signalling its death.

2. Once the visible infestations are removed, take it outside and gently wash the entire plant using an outdoor hose. It's important to spray it in at least three different angles to ensure all sections of the plant has been administered. Empathise the cubbyholes, for instance, between the stem and its petioles and undersides the leaf.

3. An optional tip is to replace the top 2cm (1 inch) of the soil. Not only will this improve the overall soil conditions, but it'll also remove any alive fallen bugs that have landed in it. This method can be taken once the plant has become fully dry from the first wash, and should only be performed once. For those who have an infestation in a Terrarium, decide on either removing the affected plants or treating the display as a whole.

4. Consider whether to use an organic or chemical-based pesticide. The first option, of course, will avoid the use of harsh chemicals but will generally work slower than the latter option. Scroll down to the following sections to learn more about which pesticide to choose.

5. Keep the affected plant away from others in a quarantined room until the symptoms have subsided for at least four weeks. Always be wary of a relapse, and keep an eye out for possible outbreaks for several months after the last sighting.

N. B. - Although you should perform the wiping and hosing-down process BEFORE each pesticide application, you can wash the foliage at any given time to keep the infestation under control.

Neem Oil - This is by far the most effective and popular around the world. Not only will many online stores sell it, but it'll get to work after the first application. Dilute the liquid, (to the manufacturer's recommended strength) with water and/or dish soap and spray thoroughly onto the foliage and its cubbyholes. Any flowers must be removed instead of misted, due to the heightened chance of another infestation.

Neem Oil is widely used across the world, due to its great results and organic nature.

Insecticidal, or Horticultural Soap is the second most used organic pesticides on the market, and there are three versions to choose from. The first way is by purchasing an RTU (ready-to-use) spray bottle, which can be immediately used on the plants. Although most garden centres will stock this, it's far more economical to purchase the second option - concentrated bottles. This method comes with pro's and con's but is far cheaper to use if you have multiple infestations. It's self-explanatory and highly beneficial for the outbreak as long as you use the correct levels of dilution - the only downside is its availability in local centres. It's best to buy this option online as there are many different companies to choose from, with some being cheaper than others. The final and most affordable way is by making it yourself;
There are three ingredients in creating your own insecticidal soap - a vegetable, tree or nut-based oil, non-fragrant dishwashing soap and tap water. Most oils are acceptable, with the most successful being vegetable, sunflower, neem and olive oil. Add two parts oil, one part dishwashing soap and eight parts water to create the dilution. Although it's best to fresh bottled water, tap water that has been allowed to sit for 24hrs is also excellent. Spray the dilution wholly around the plant, empathising both the infestations and the potential-hit areas. This method must be performed weekly over a month or two, along with regular pest inspections - as soon as you see a bug, crush it. As mentioned before, a female mealybug can lay up to three hundred eggs in her lifetime, meaning that you cannot risk even leaving one critter to roam around, as one will become hundreds in the space of a few weeks.

Diatomaceous Earth (D.E. or DE) is grounded diatom mantels (skeletons) that can be highly abrasive to many arthropods, including Mealybugs. Although the white powder may be soft to the human touch, the sharp tooth-like edges off each grain will begin to cut its way into the pests' eco-skeleton, causing significant discomfort and weakened health. After a period of several days, the infestation will decrease as the mature mothers won't be able sufficiently to lay her eggs. Usually, DE is applied as a thin layer across the foliage of outdoor plants, which will work until there is a rainstorm; however, you'll have to change the method of application to eradicate indoor pests. Instead of using powder to combat your infestation, mix the DE with water to create a more efficient solution to access the plant's cubbyholes and hard-to-reach areas. Add one tablespoon of DE to 500ml of water (0.11 imperial pints) and mix well. Finely mist both sides of the leaves and its stems so that the plant is covered in a thin film, which will begin its work within twenty-four hours once dry. Its eggs may be immune to the pesticide, so it's important to perform another fine spray seven days later to attack to the recently-hatched larvae. As you have followed the first four steps mentioned in the previous section, you shouldn't see any signs of an infestation for several weeks. We'd recommend waiting six weeks before deeming the specimen pest-free, as relapses of later-hatching larvae could occur. If pests do return, follow the four steps mentioned above, along with the misting of its foliage with this solution. If the infestation is large, you may wish instead to opt for a chemical-based pesticide to destroy the infestation more effectively. DE is considered safe to both pets and humans and has no links to the development of illness or cancers.

Natural Predators - The last non-organic method is by acquiring adult ladybirds or green lacewings. Although buying insects may be deemed as cruel or inappropriate, it's a natural, and least time-consuming way to remove the pests. Many online stores will sell the insects, all at varying prices and quantities. Once you've obtained the predators, release them in different sections of the plant, favouring the most infested areas first. They'll make their way around your plant, digesting both the eggs and the adults, leaving you with a potentially pest-free plant. Keep the insects and plant in an enclosed transparent box to increase the number of digestions. Unfortunately, this method can take several days to work and could even be unsuccessful, which is why other methods are favoured. 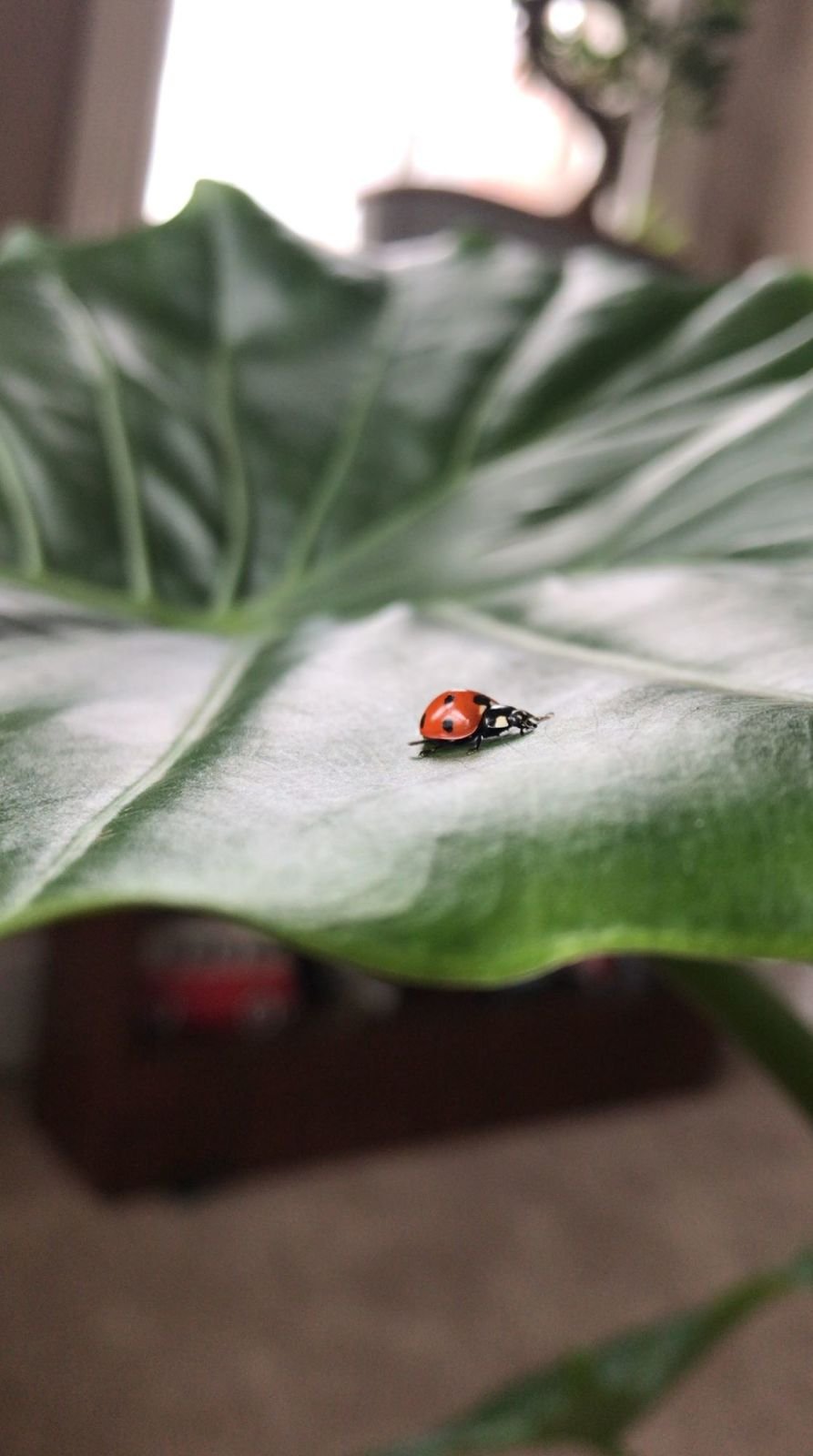 Ladybirds and Green Lacewings are an excellent choice for natural pest reduction.

Most chemical pesticides are bought either as an RTU spray or in a concentrated bottle. Of course, it's far more economical to buy the latter as it'll last longer with multiple infestations, but RTU sprayers are still great for small issues. Both of these methods can be purchased at most garden centres, costing from £3 for RTU sprayers, to £7 for the concentrated variety. 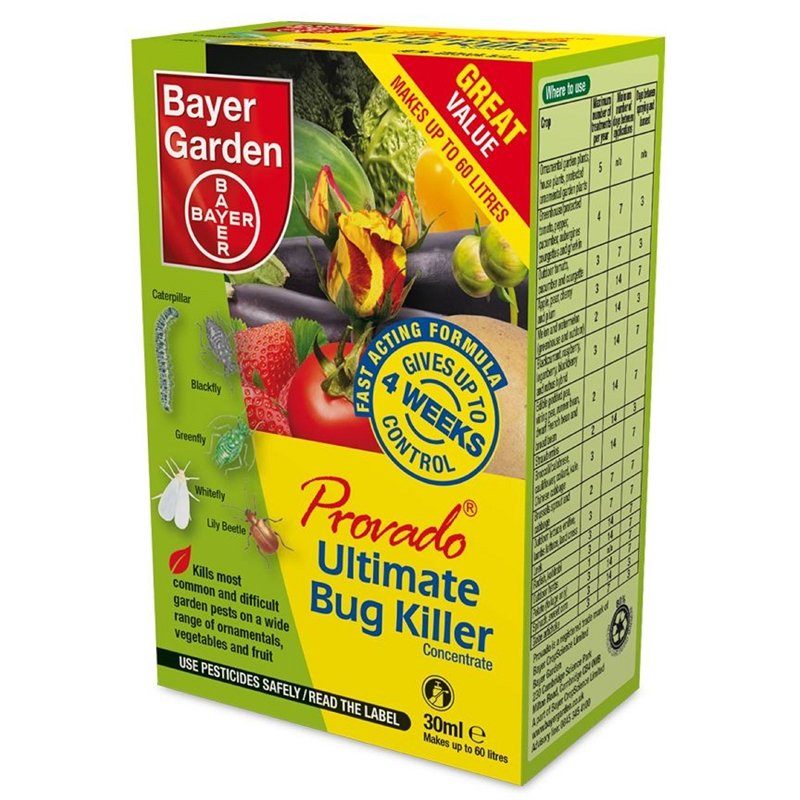 If you're looking for something with even more strength, try an Isopropyl Rubbing Alcohol, which can be bought from many online stores. This pesticide will work immediately, killing the Mealybugs within a few hours of contact. Follow the manufacturer's recommendations and repeat misting/crushing every two weeks until the infestation has elapsed. Re-introduce the specimen back with others once the symptoms have elapsed for over a month.

Click here to buy a chemical-based pesticide or an Isopropyl Rubbing Alcohol concentrate.

At the local plant shop or garden centre, regulate and inspect any plants that you wish to buy. Check around the hard-hit areas, for instance, the foliage and stems, before considering the purchase. Most Mealybug infestations come from already-affected plants, so always keep this in mind when increasing your plant-collection.

Regularly check for pests on your own plants. Although this may sound patronising, many gardeners forget to inspect their indoor specimens. As soon as you see a symptom, keep it quarantined and follow the steps above!