We'd recommend a location that offers a splash of morning or evening sunlight is the ideal setting. Shady spots must be avoided at all costs due to the increased chance of over-watering and crown rot (if watered from above).

The ideal room of the house would be anywhere that's above 15ºC (59ºF) and is at least three metres away from an operating heat source. Try placing the plant on a north, east or west-facing windowsill, or around two metres from a south-facing window. It's essential to provide a splash of winter sunlight to prevent the chance of foliage or root rot.

Throughout the year, Celosia must be sat in moist soil for the majority of the time. Allow the top third of the soil to dry out in between waters, avoiding the risk of prolonged droughts that may shorten the flower's lifespan. Under-watering symptoms include rapid flower loss and dry, crispy leaves - these issues are usually due to either forgetfulness, too much sunlight or too much heat. Over-watering symptoms include rotting lower leaves, yellowing leaves, a loss of buds & flowers and root or crown rot. Allow most of the soil to dry out in between waters and prevent a pool of standing water accumulate beneath the pot.

We'd recommend fertilising your specimen once every two to four weeks in the spring and summer, and monthly thereafter using a 'Houseplant' or 'Flowering Plant' labelled feed. A general plant fertiliser is acceptable too, but remember to dilute the solution by half to prevent the burning of roots. 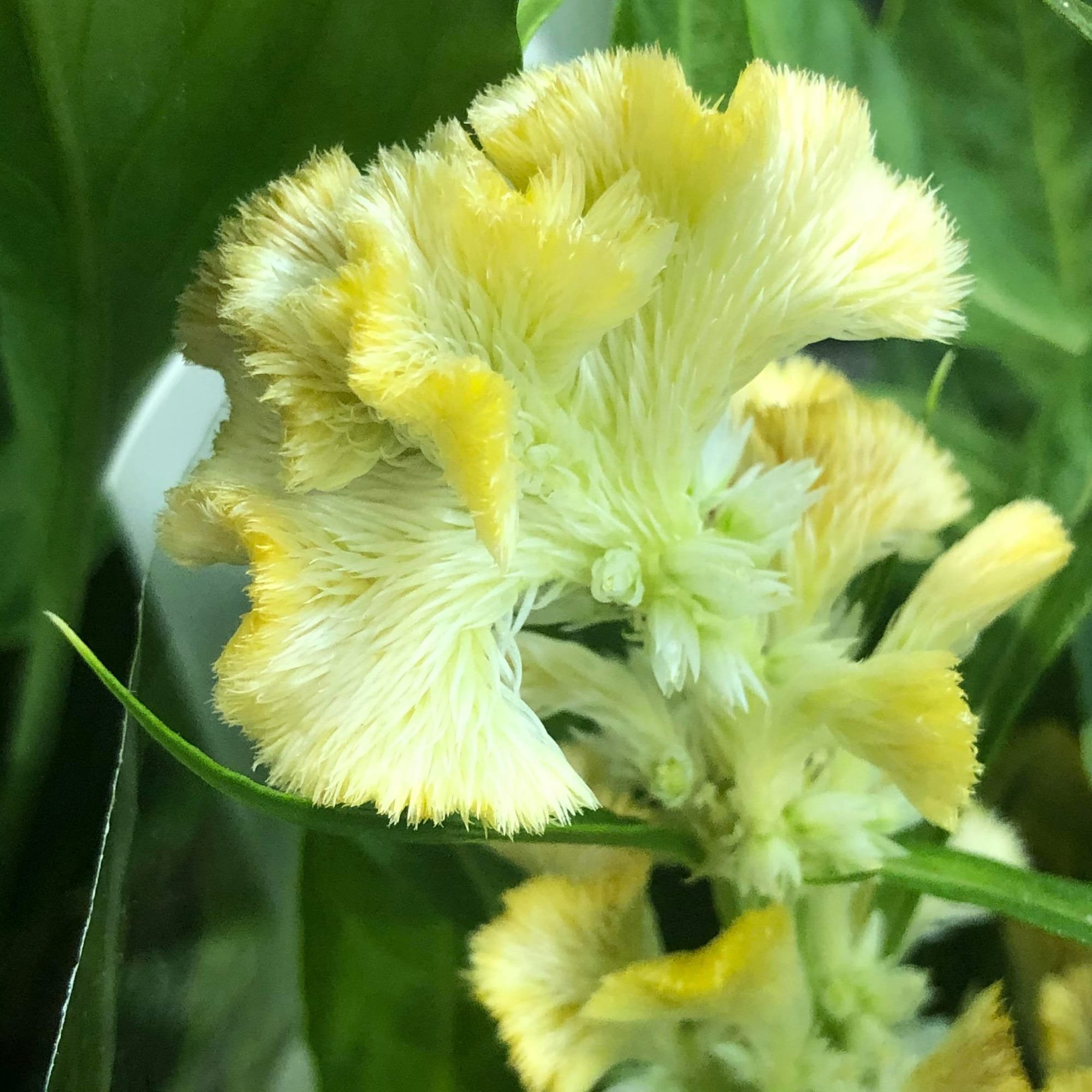 Over-watering is the biggest issue, with typical signs of this include brown leaves with soft spots on the underside of the leaves, basal/crown rot or powdery mildew forming in the centre. Not only do you have to be mindful of these problems, but also have a think about which plant parts to keep dry. Its central crown must also remain dry at all times to prevent the development of basal rot or mildew.

If your Celosia develops basal collapse, it will spell the end of its life. Take the plant out of the pot and inspect its roots. Prune away any rotten areas and check its base for a softened profile. Remove any individual plants that have a rotten bottom and repot the healthy specimens in a fresh batch of 'Houseplant' compost. Provide a brighter location and reduce the number of waters slightly to avoid further rot. Discard the plant if there is no sign of health below the soil line.

Too much sunlight will lead to sun scorch, with typical signs including browning or crispy leaves, dry leaf-edges, sunken leaves or stunted growth. Although too little light will cause over-watering issues, too much sunlight will negatively affect the plant as well. A location that offers over two hours of sunlight a day will bring the optimum growth for the Celosia. If yours has fallen short of this issue, reduce the amount of sunlight considerably and always be mindful of environmental shock (when too locations offer too different growing conditions). Remove some of the affected leaves and increase irrigations slightly.

If your foliage begins to brown or yellow over during the autumn & winter (shortly after flowering), it shouldn't cause concern as the specimen is entering the final stage of its life. Celosia are only annuals, which mean that their lifespan is only one season, spanned over ten to twelve months. The specimen can be disregarded once the foliage fully dies back. 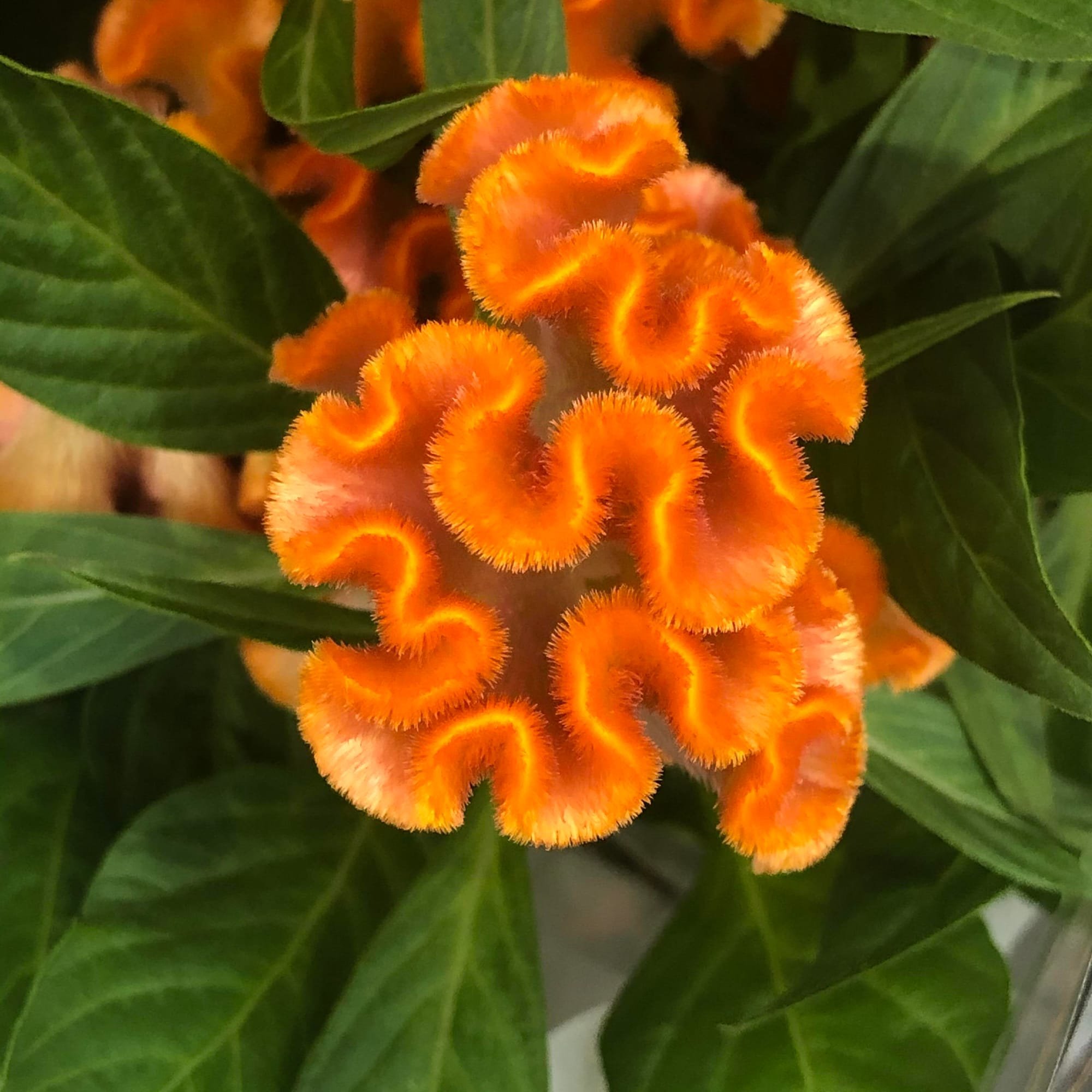 This species of Celosia is an annual, meaning that it'll complete its lifecycle within one year.

Celosia is a genus consisting of over forty-seven species, along with many hybrids and cultivars. They originate primarily from the Americas and Africa but can be found in South Asia, too. The genus was first described back in the 1750s by Carl Linnaeus, using the Greek word, kḗleos, for 'burning', which is in reference to their flame-like flowers. The specific epithet, argentea, translates to 'silver', describing the colour of the type species' flowers. The variety's name, 'var. cristata' refers to the fasciate or crested flowers that half proudly above its foliage. 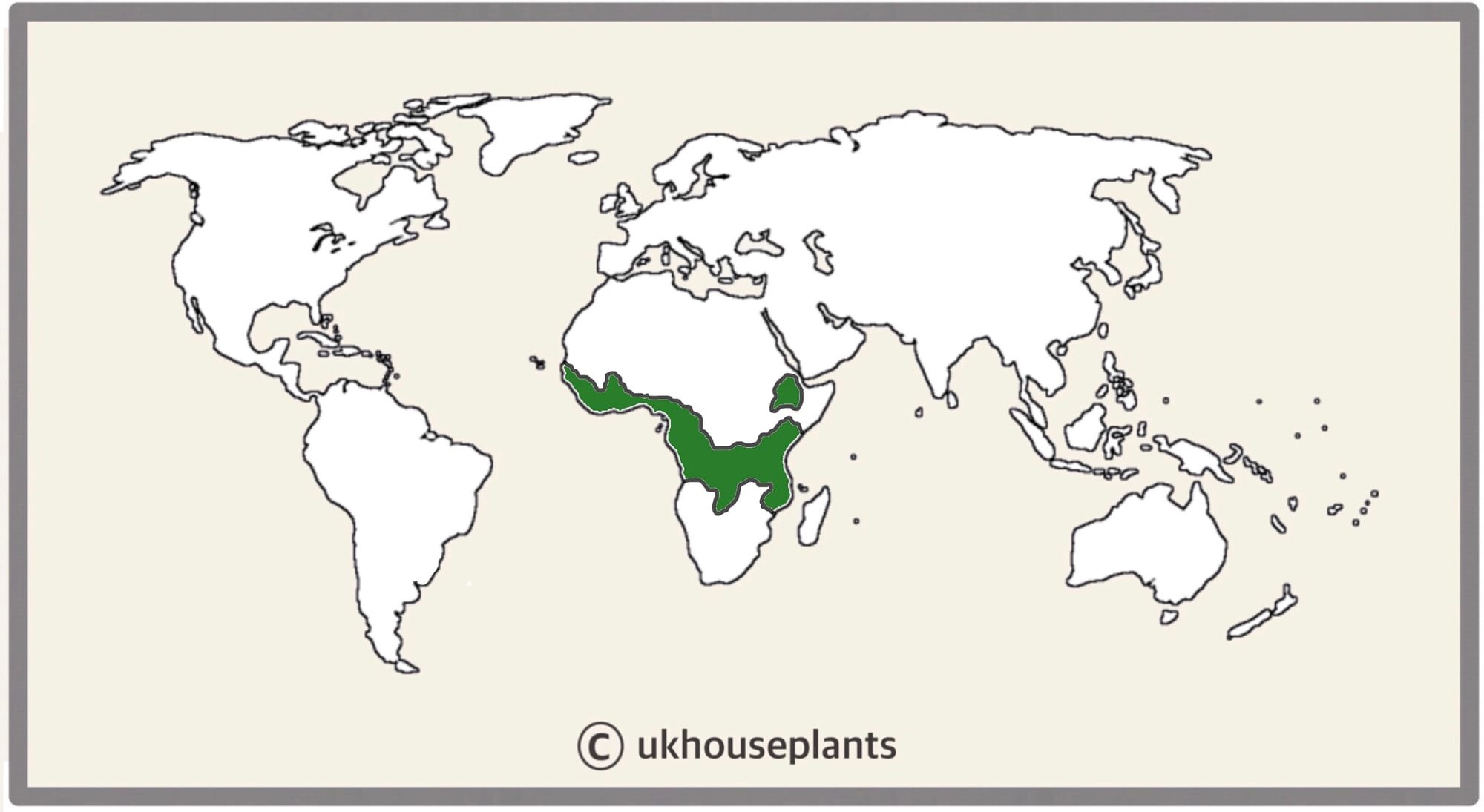 The Distribution of Celosia argentea.

8° - 22°C   (46° - 72°F)
H1c (Hardiness Zone 11) - Can be grown outdoors between late spring and summer throughout most of the UK while nighttime temperatures are above ℃  (46℉).  If you decide to bring the plant outdoors, don't allow it to endure more than an hour of direct sunlight a day as it may result in sun-scorch. Regularly keep an eye out for pests, especially when re-introducing back indoors.

Up to 0.4m in height and 0.3m in width - the ultimate height will be achieved within the year.

Remove yellow or dying leaves, and plant debris to encourage better-growing conditions. While pruning, always use clean utensils or shears to reduce the chance of bacterial and fungal diseases. Never cut through yellowed tissue as this may cause further damage in the likes of diseases or bacterial infections. Remember to make clean incisions as too-damaged wounds may shock the plant, causing weakened growth and a decline in health. Prune the elapsed flower back to improve its appearance.

Seeds (Moderate to Hard) - Soak the seeds in lukewarm water for around 24hrs in a dark location, preferably on top of an operating radiator. The best soil to use is a 'Houseplant'-labelled potting mix; however, multipurpose compost with added perlite and sand is as good. Set the seeds around a quarter of an inch deep (0.5cm), resisting the temptation to compact it. Maintain evenly moist soil and allow the excess water to freely drain from the pot's base to prevent water-logged conditions. The ideal location for successful germination is in a bright, indirect setting with temperatures above 26℃ (80℉) with bottom-heat. Keep the pot in a transparent bag to provide a stable level of humidity, along with longer-lasting soil moisture. Germination may take up to three months, so don't discard any unsuccessful seeds until this threshold has been surpassed. Remove the bag once the seedlings produce their second leaf and then split them into their own 7cm pots.

Indoor Celosia are annuals, meaning that their lifespan is only one season (12 months). With this in mind, its life will begin at the turn of spring, providing its flowers within three months. The typical flower will last several weeks before the whole specimen begins to die back in time for winter. If pollination is successful, which is unlikely indoors, you can collect its seeds to maintain a healthy collection of Celosia for the following year.

As Celosia are classed as annuals (only live for one season, around 12 months), you won't need to repot the specimen. Of course, you're still allowed repot it, but the risk of killing it through root disturbance is highly likely, so we would recommend leaving it!

Keep an eye out for mealybugs, aphids, thrips, fungus gnats, slugs & root mealybugs that'll locate themselves in the cubbyholes and undersides of the leaves, with the exception of the latter in soil. Common diseases associated with Celosia are root rot, leaf-spot disease, Botrytis, rust, powdery mildew & southern blight - click here to learn more about these issues.

Some florists & Online Stores. Specimens are likely to be found in winter or spring inside at most garden centres; it's not advised to bring outdoor plants back indoors as this could lead to environmental shock with the risk of introducing pests into the home.