Root rot is the breakdown of roots caused by a lack of oxygen in the soil. Persistent over-watering or waterlogged conditions will significantly increase the risk of decay, as it'll push the air upwards and out of the soil. This will lead to anaerobic respiration, where the cells begin to fail and breakdown. If you're struggling to visualise this movement, imagine bubbles of oxygen rising to the surface after being released in water. Root rot can quickly spread onto healthy tissue if unregulated, which is why catching it early is very important.

N. B. - Although very rare, fungi diseases such as Phytophthora or Pythium could lay dormant in the potting mix until conditions permit growth (over-watering). This form of root rot will only develop when a poorly-kept bag of compost is used during a transplant.

Tell-tale signs of an attack include; stunted or no growth, severe wilting, yellowing lower leaves, leaf or flower loss and stem collapse. If it's been situated in a heavy, over-saturated soil for some time, remove the pot and investigate its rootball. 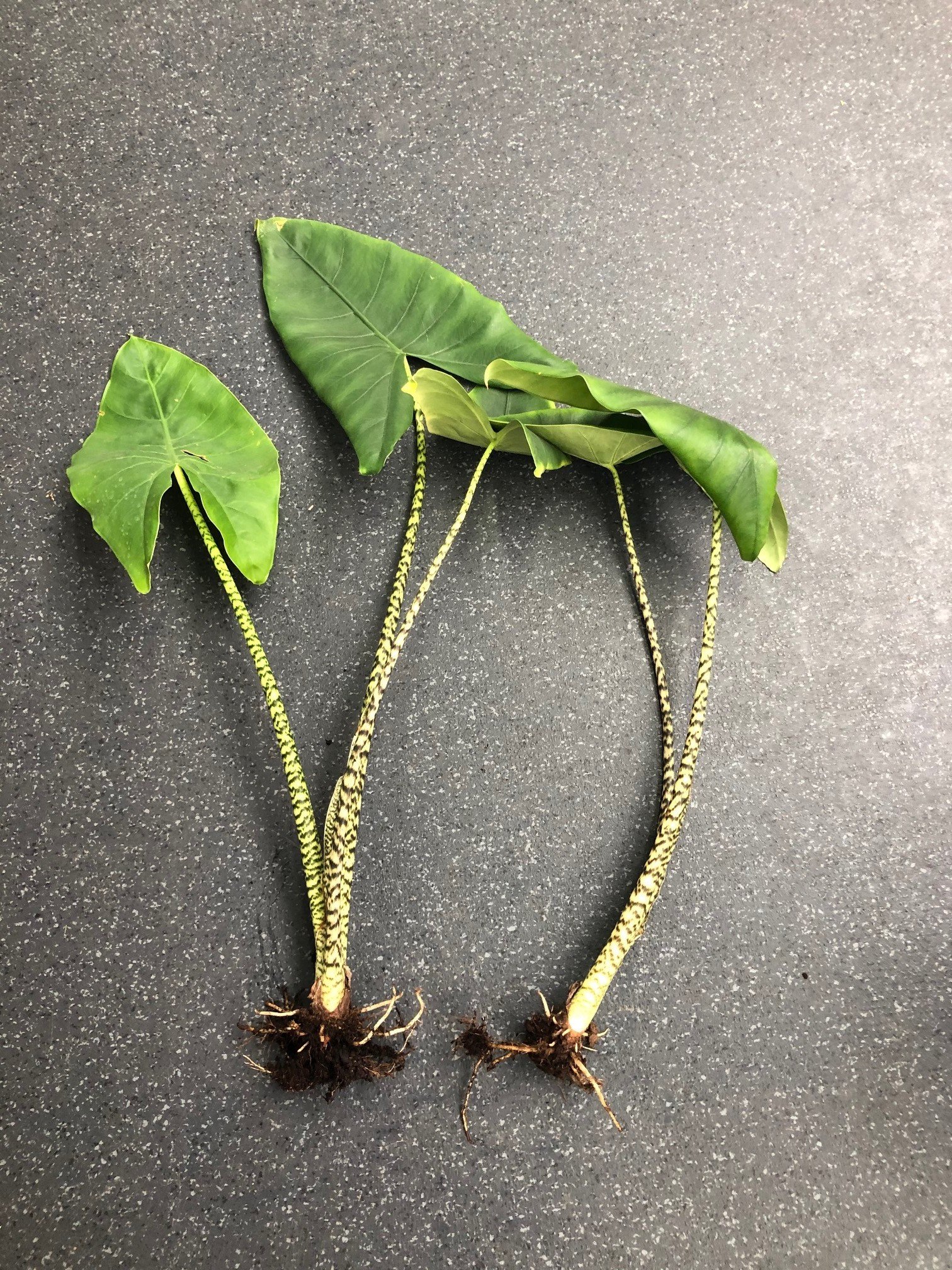 An Alocasia zebrina with yellowing leaves and a serious reduction of roots. Have a look at the image below to see what the root system should actually look like...

Root rot is, of course, the product of too much soil moisture, but what conditions can antagonise it?

● Too little light will reduce the rate of photosynthesis, and therefore the water-uptake in the roots.

● You're more likely to over-water in the winter months because of the darker days and longer nights.

● A lack of drainage holes or a too water-retentive compost is another key cause of root rot.

● Not knowing when or how much to water per irrigation. 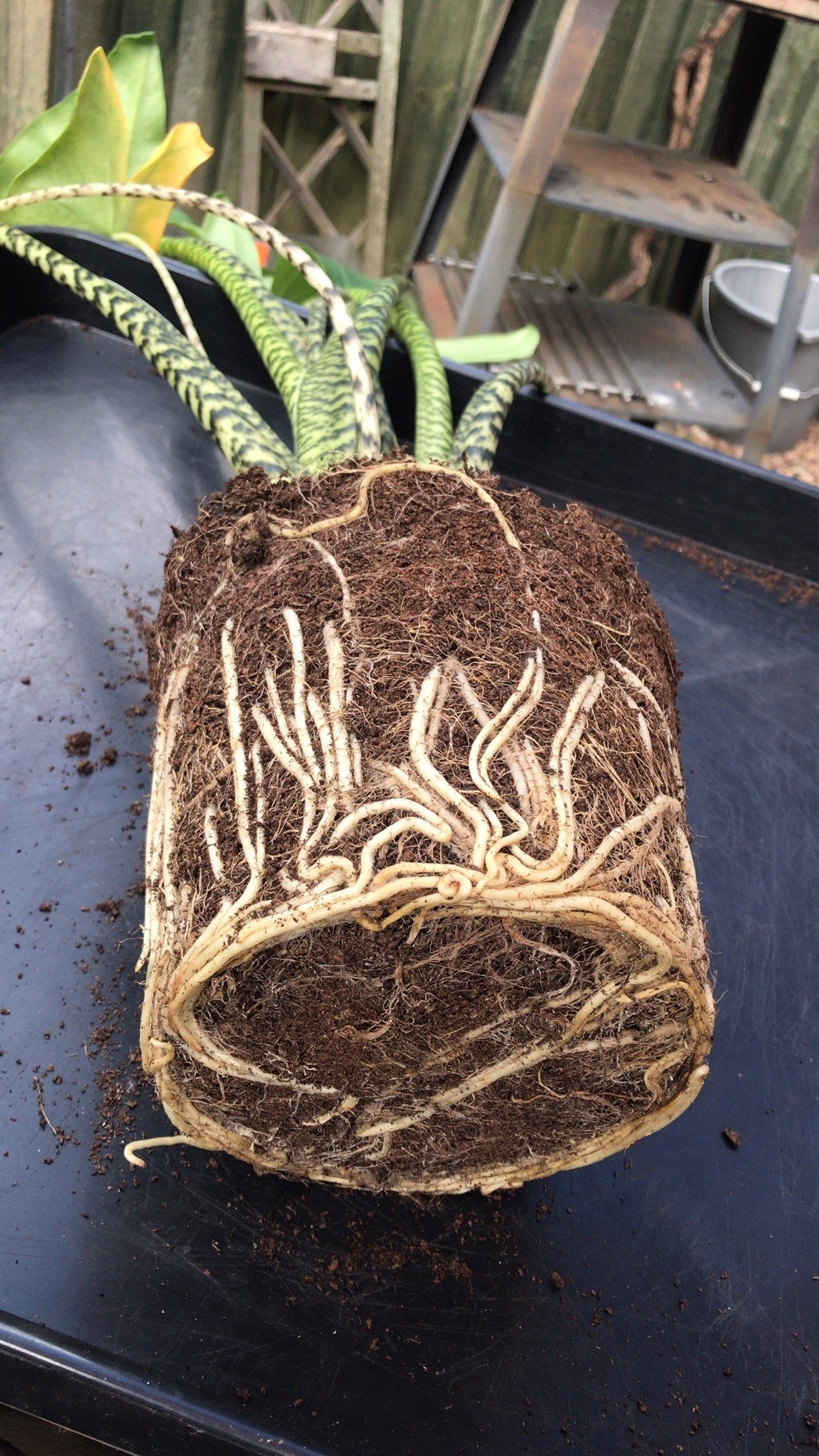 4. A Step-By-Step to Address Root Rot

Some chemicals and substances can add higher levels of oxygen into the soil once the transplant has been completed. Hydrogen Peroxide is the best example of a cheap, readily available product that'll do this very job. For every three irrigations, incorporate a splash of the peroxide to administer the oxygen - you'll have to do this at least three times over the next two months to stop the further chance of rot. Always follow the manufacturer's recommended dosage, as chemical-burn is a common issue among gardeners.

Another product that'll help prevent the spread of root rot is non-flavoured cinnamon. After having removed the dead roots, sprinkle a thin layer onto the healthy tissue before placing into a bed of new compost. Not only will this halt further development of the disease, but it'll also promote a healthier condition for the roots to thrive in. Click here to shop around for organic cinnamon.