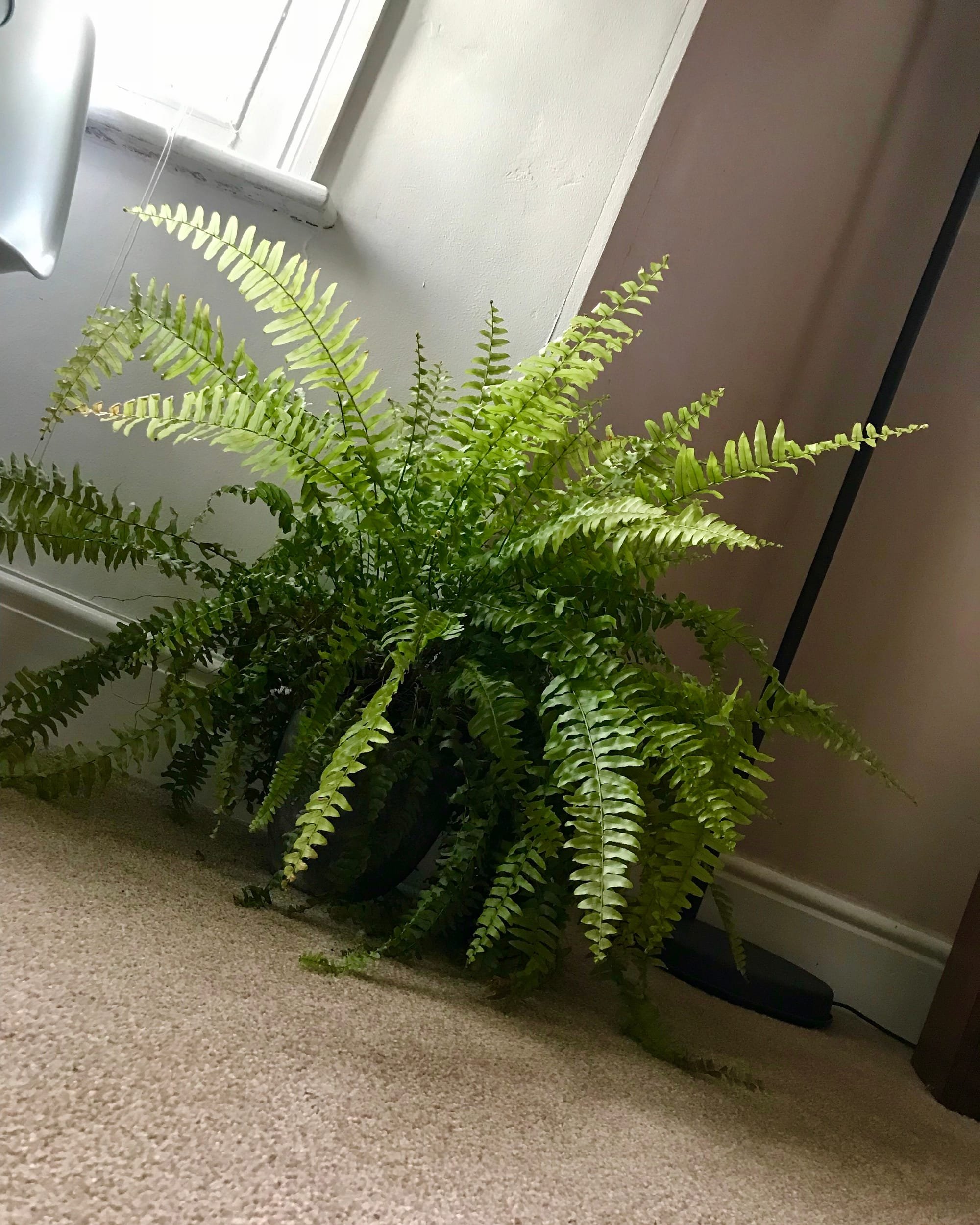 Bright, indirect light is best. Prolonged droughts or exposure to the sun will quickly result in pale fronds, stunted growth and crisping foliage - if it's too hot for a chocolate bar, it'll be too hot for the plant, too. Despite the stigma around Boston Ferns doing well in dark environments, you must reduce the amount of water somewhat to counteract the longer soil-drying times. If the central foliage begins to rot with mould on the soil, it could be a case of excess moisture settling on its leaves and over-watering.

As Boston Ferns grow naturally around humid swamps in tropical America, persistent droughts and sunlight are to a minimum. Maintain good soil moisture at all times, allowing the soil's top layer to dry out in between waters. Lift the foliage from the side to access the bare soil that surrounds the pot's perimeters; it's essential not to allow the central foliage to remain wet, as southern blight and crown rot will soon take over, resulting in a naked base. Under-watering symptoms include crispy grey leaves and stunted growth, commonly due to either forgetfulness or too much light/heat. Alternatively, over-watering symptoms include rapidly yellowing leaves at the base, frond rot and root rot. If it's displaying these symptoms, reposition to a brighter location and reduce irrigations slightly; check for root rot for more severe cases.

A moist surrounding with good air circulation is a must throughout the year, especially while the heaters are operating. Create a humidity tray to provide a moist and stable environment for your plant. If the surrounding saturation is too low or the heat too high, its leaves may start to brown over and curl, especially in direct sunlight. Hose the foliage down from time to time to hydrate the leaves and keep the dust levels down. 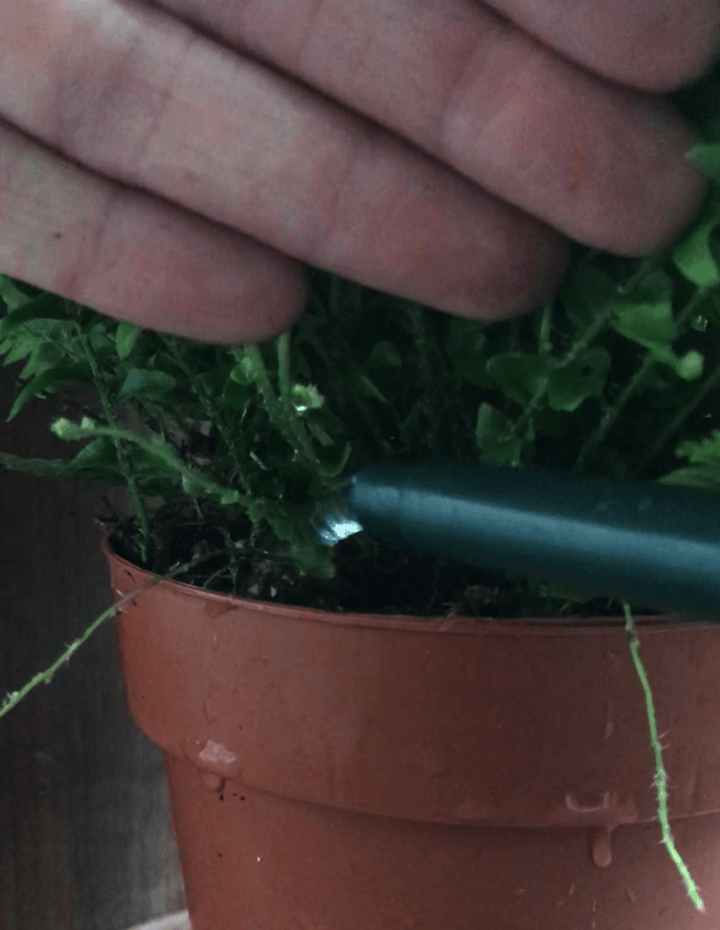 Irrigate Boston Ferns by lifting the side foliage to prevent the central leaves rotting from excess moisture.

If you can't find the answer to your specific houseplant problem, book a 1-to-1 video call with Joe Bagley to point you in the right direction today.

Boston Ferns form part of Nephrolepis that holds forty-four species, all with origins around tropical America. Heinrich Schott first described the genus in 1834 during a trip to South America, where he classified many new plants including Peace Lilies, Dumb Canes & Elephant Ears (Alocasia). The name is derived from ancient Greek, with nephro translating to 'kidney' and lepis meaning 'scale' that refers to the protective skins of the spores beneath its fronds. Boston Ferns were first recognised as a profitable group back in the 1890s in Philadelphia due to the compact and flossy qualities that their foliage presents. 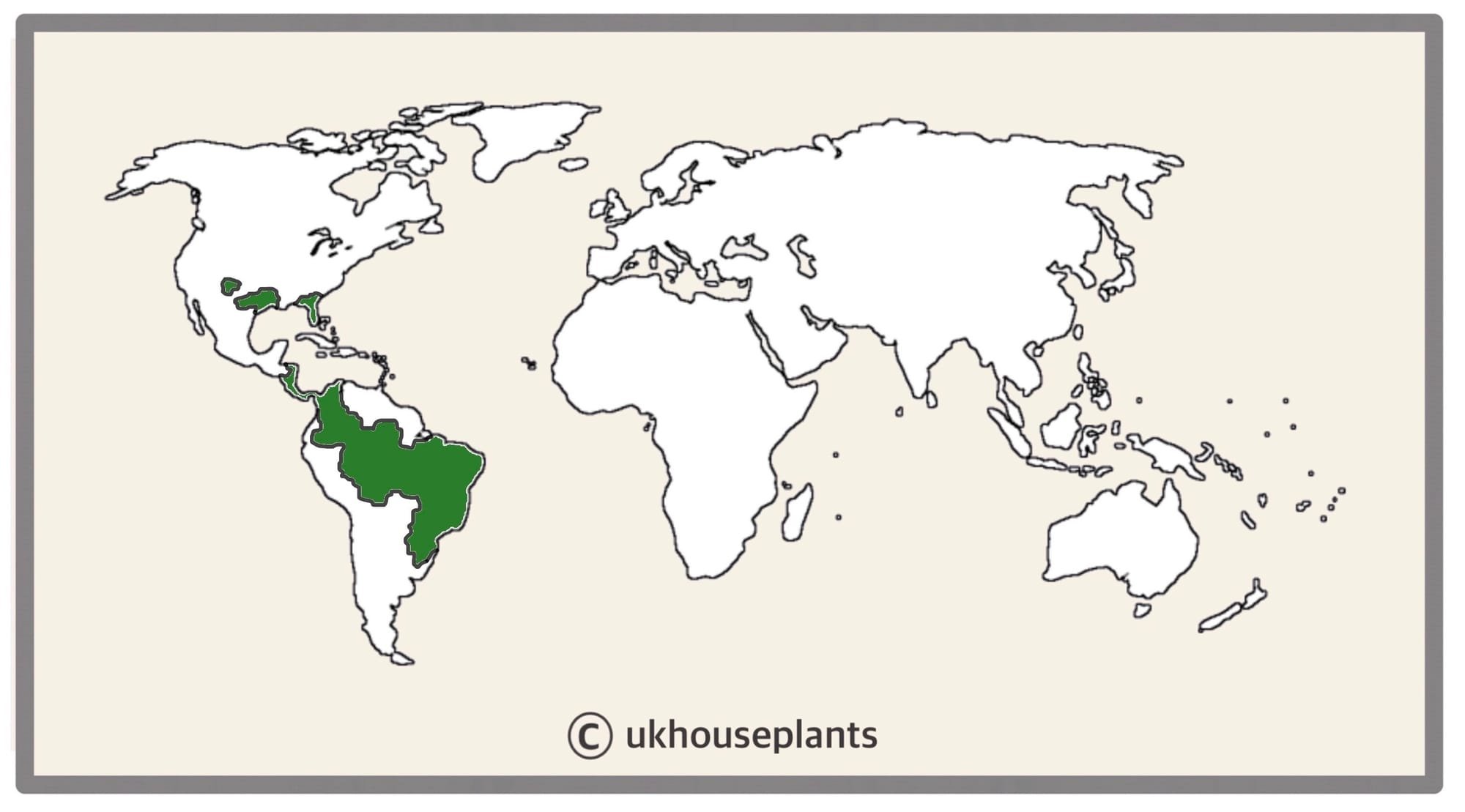 Over 1m in both height and width, with the ultimate height taking over ten years to achieve. Boston Ferns can be split into several plantlets during the spring; scroll down to 'Propagation' for more information.

There are Several Methods - Spores, Bulbils, Offshoots or Division.

Fern Bulbils (Moderate to Difficult) - Small, ball-shaped bulbils (root nodules) will develop several inches beneath the soil line towards the latter stages of summer, ready to be propagated in the following spring. To propagate, remove the plant from its pot and search for the grape-sized balls. Do not separate all of the bulbils as they contain vital water reserves for potential droughts. Once you've chosen good-sized specimens, remove the bulbils by trimming off the growths with an inch either side of the main artery. Be cautious not to damage any of the healthy roots as this may lead to transplant shock. Place them in 'Houseplant' labelled compost and maintain good soil moisture. New shoots should appear several weeks later if propagation is successful. Always provide a moist, warm setting away from direct sunlight and pot-on as necessary, following the care-tips provided above after its second frond develops.

True ferns will not flower, and instead must be propagated by either spores, rhizomes, plantlets or stems, depending on the species.

Repot every two or three years in the spring, using a 'Houseplant' labelled compost and the next sized pot with adequate drainage. Hydrate the plant 24hrs before tinkering with the roots to prevent the risk of transplant shock. For those that are situated in a darker location, add a thin layer of small grit in the pot's base to improve drainage and downplay over-watering. Click here for a detailed step-by-step guide on transplantation, or via this link to learn about repotting

Keep an eye out for mealybugs, aphids, spider mites, scale, thrips, blackfly, vine weevils & root mealybugs that'll locate themselves in the cubbyholes and undersides of the leaves, with the exception of the latter two in the soil. Common diseases associated with Boston Ferns are root rot, leaf-spot disease, botrytis, rust, powdery mildew & southern blight - click here to learn more about these issues.