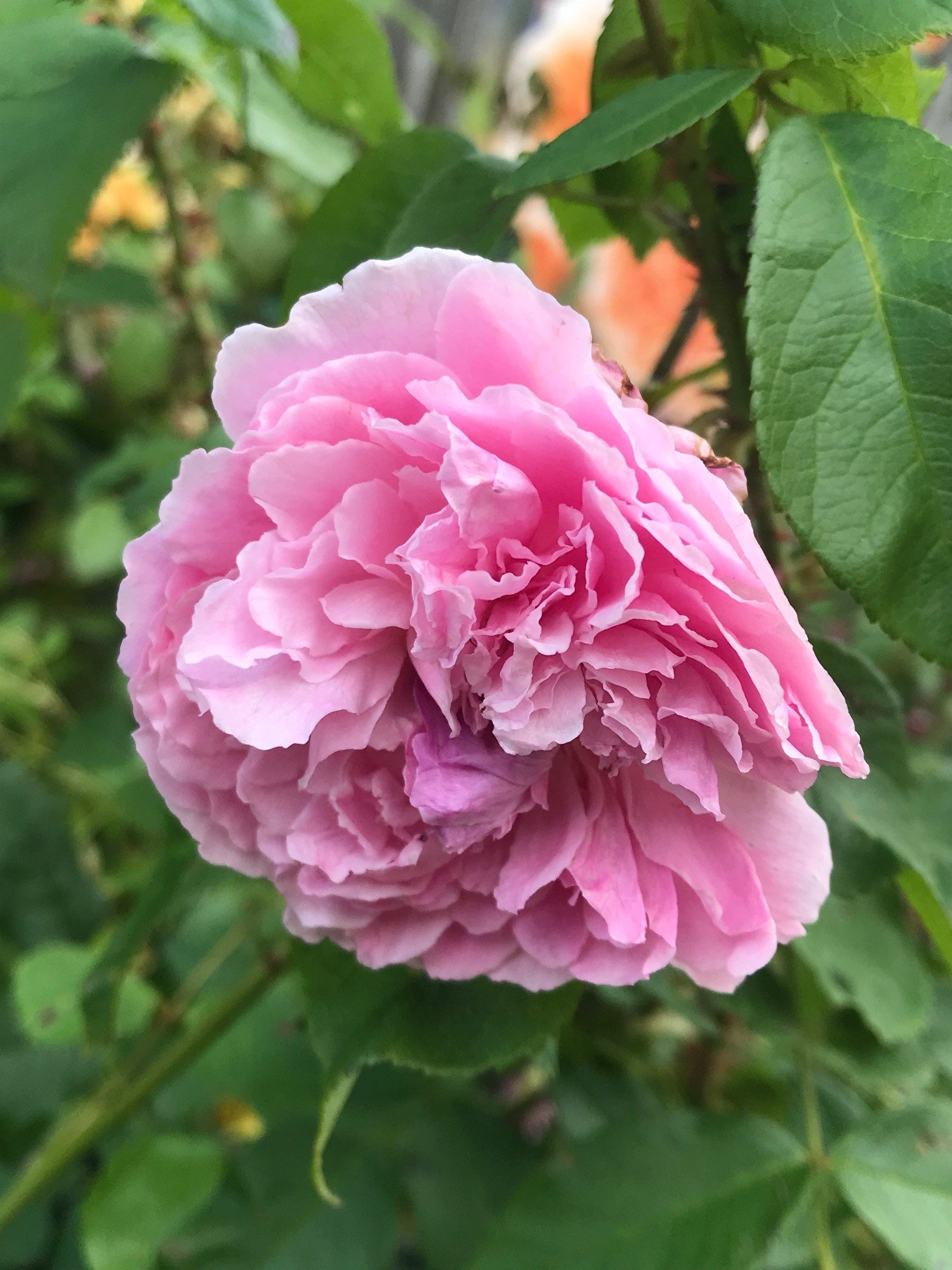 Persistent droughts must be avoided at all costs due to a Rose's poor ability to cope with dry conditions. Once the top third of the soil has dried out, rehydrate by using the bottom-up method to reduce the chance of fungal diseases associated with excess moisture on the foliage. Submerge the bottom fifth of the pot in a saucer of water until thorough absorption. Repeat this step weekly, especially with those grown in bright, warmer locations. Whilst the plant is in bloom, it's important not to use cold water as this will quickly shock the roots, causing multiple issues down the line. Under-watering symptoms include rapid flower loss and dry, sunken leaves; these issues are usually due to either forgetfulness, too much sunlight or too much heat. Over-watering symptoms include rotting lower leaves, yellowing leaves, a loss of buds or flowers, and root rot. Allow most of the soil to dry out in between waters, preventing a pool of standing water to accumulate beneath the pot.

Average room humidity is more than enough to occupy a Rose, as an excess of this and poor air circulation will result in powdery mildew. Do not mist the flowers as this will cause botrytis petal blight that can spread quickly if not dealt with accordingly. Never situate the plant within four metres of an operating radiator as the humidity will be too low, typically resulting in brown crisp edges.

A location with little to no direct light is the ideal spot for this species. If you're worried about its setting being too dark, if a newspaper can be read while having your back towards the light source, you're good to go.

In terms of the ideal placement around the house, as long as the desired location is above 15ºC (59ºF) and is at least four metres away from an operating heat source, it should be accepted. Avoid situating it in direct sunlight for more than one hour due to the heightened chance of sun-scorch.

Use a fertiliser high in potassium to prolong its flowers - an excellent example would be Tomato Feed. Regular fertilisers, for instance, BabyBio or Miracle-Gro, will still do the job but will favour foliar growth. For the rest of the year, a standard fertiliser can be used to supplement the plant, once a month.

Under-watering is the biggest issue when it comes to a Rose. Typical signs of this include wilting, sunken leaves, rapid flower or bud drop and stunted growth. Not only will you have to be mindful of persistent droughts, think about which plant parts to keep dry. Its foliage must also remain dry at all times to prevent the development of diseases and blights. Roses that are situated in direct sunlight or within four metres of a radiator are more likely to suffer from under-watering related issues.

Never situate a Rose in intense sunlight or within four metres of an operating heat source, for instance a radiator or fireplace. Due to the heightened temperature, the plant will soak up far more moisture than those situated in cooler locations, increasing the chance of droughts.

Sudden flower loss can be caused by an array of different issues, including an change in location, too little hydration, too hot or cold temperatures or droughts and pests. Whilst the plant is in bloom, keep the soil evenly moist to hydrate the thirsty work of producing flowers. Locations that are outside of the recommended temperature bracket, or have drastic fluctuations must also be kept off the cards, as Roses can be very sensitive to the surrounding ambience that they're situated in. The final issue could be to do with pests. Although it's highly unlikely that an infestation will cause a sudden change in health, have a quick inspection for spider mite, aphids and thrips.

Too much sunlight will lead to sun-scorch, with typical signs including browning or crispy leaves, dry leaf-edges, sunken leaves or stunted growth. Although too little light will cause over-watering issues, too much sunlight will be a detriment, too. If yours has fallen short of this issue, reduce the amount of sunlight considerably and always be mindful of environmental shock (when too locations offer too different growing conditions). Remove some of the affected leaves and increase waters slightly. Only hydrate the plant using the bottom-up method. 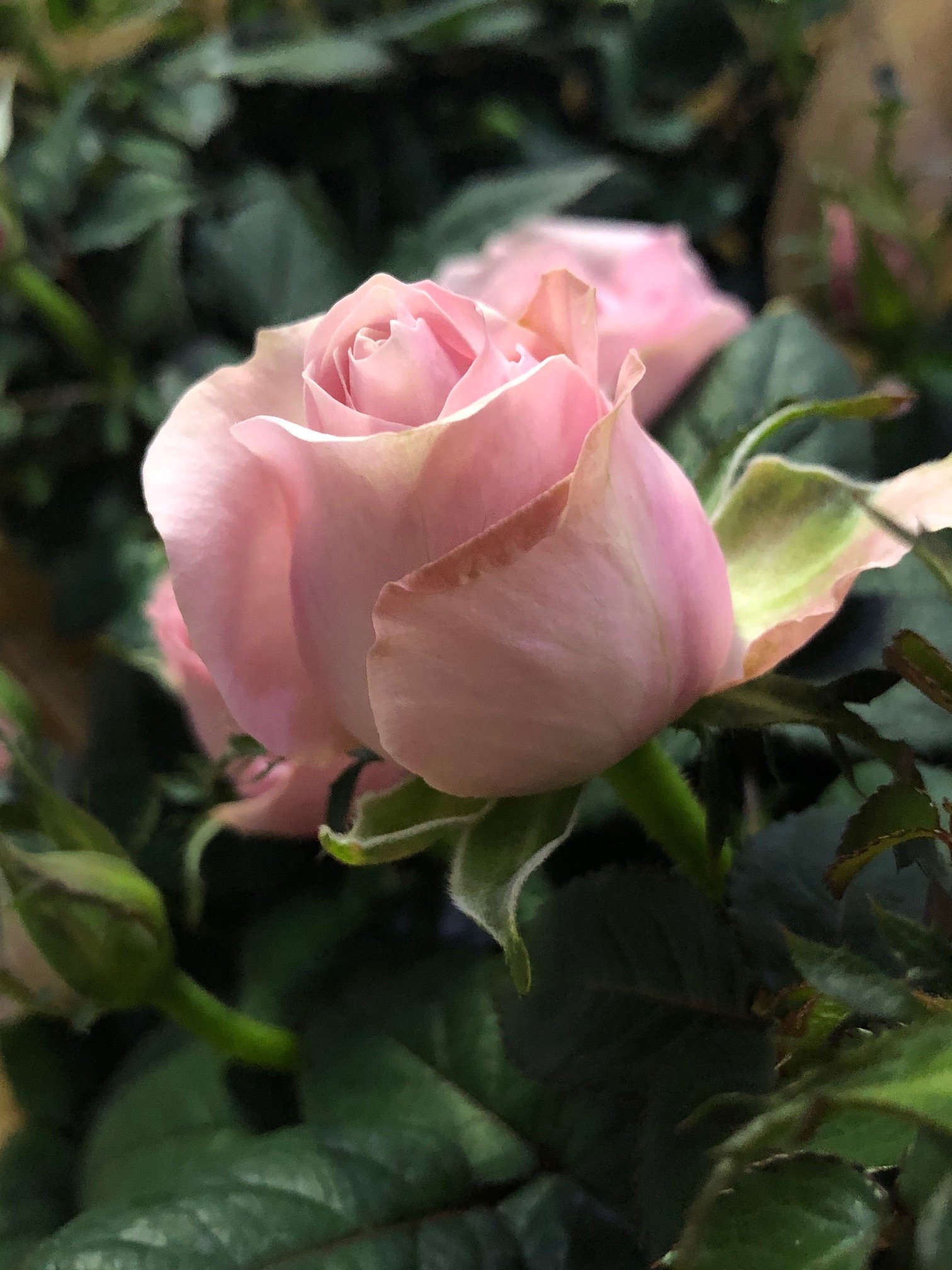 Trying to re-flower a Rose isn't the easiest of tasks, but those that have a cool room without artificial light at night will be on the upper-hand. Although indoor varieties aren't the same as the hardy species used in beds or borders, they'll both naturally flower in the warmer months of the year. Now, you're probably wondering why it's in bloom in the cooler months of the year? The answer is to do with unnatural lighting hours and fertilisers high in potassium to entice the plant to flower in time for winter. With this in mind, you may have to wait up to fifteen months for the plant to get in line again with the seasons.

Repotting isn't usually mandatory if you want it to re-bloom - in fact, this may hurt the chances. Only repot every two to three years and after the blooming has finished. To get a Rose to reflower in the summer, think back to its previous dormancy period served in the winter. The following steps should be done at the end of autumn, when the plant starts to slow its growth.

Be sure to provide a bright location with no direct sunlight. Although the sunlight won't necessarily hurt the plant, you can easily fall in the trap of under-watering, potentially weakening the plant. In order for the Rose to fully become seasoned, avoid the use of artificial lighting during the night.

Reduce irrigations so that the majority of the soil becomes dry. Remember, Rose should only be watered from the bottom-up as rotting foliage are a common issue with cooler temperatures.

This is the most significant step - reduce the temperature down by around 5℃ compared to the summertime or place in a room that's within 12 - 15℃  (53 - 59℉). Most houseplants are quite sensitive to ambient change, so we can't empathise how vital this step is! Do not exceed the minimum temperature for tender Roses as this could lead to plant death. 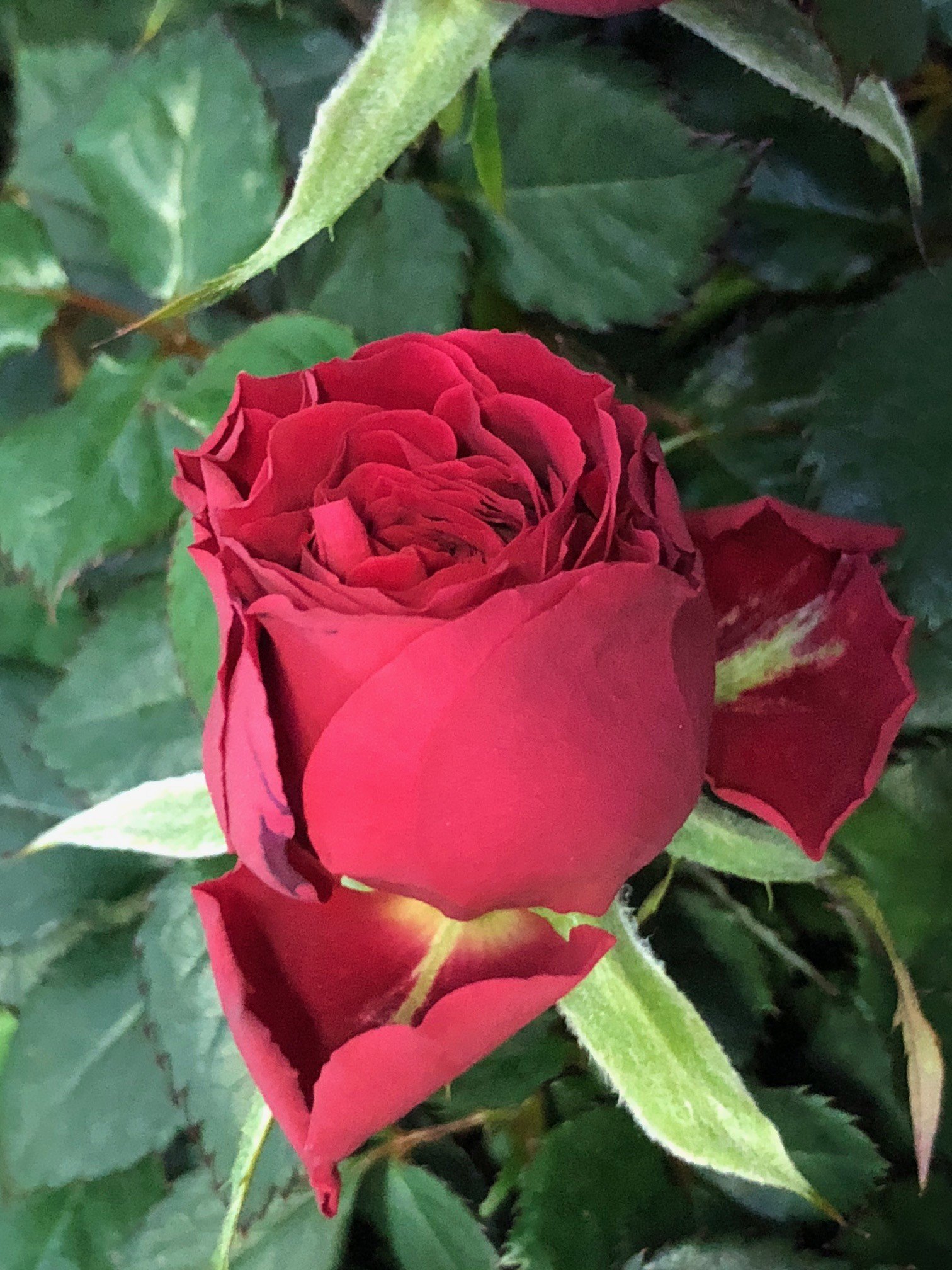 There are at least three hundred species of Rose, with over two thousand varieties around the globe. The genus has natural distributions in at least five continents, most of which originate from Central Asia. Carl Linnaeus first described Rosa in the mid eighteenth century during a visit to Asia, heavily mentioning their strong, intriguing fragrances. Roses has had many medicinal uses over the last few centuries, ranging from stomach illnesses to cancer growth control.

Roses tend to thrive in cooler locations and will generally flower better if a good dormancy is served in winter when the temperature dips below 12°C  (54°F).

Up to 1m in height and 1m in width. The ultimate height will take between 4 - 6 years to achieve.

Remove yellowed or dying leaves and plant debris to encourage better growth and improve the all-round appearance. Pruning must be done with clean scissors or shears to reduce the chance of bacterial and fungal diseases; remember to make clean incisions as too much damage can shock the plant. Once the flowering process has elapsed, or in early spring, prune the leading growths to promote a bushier appearance.

For stem cuttings, use shoots that have a soft wooded base and haven't flowered; this propagation method can be taken in mid-spring. They should be at least 10cm in length and are found in the outer edge of the plant where the new growth takes place. Remove the lower half of the leaves, dip the wound in some rooting hormone and place in a well-draining potting mix - Seed & Cuttings Compost is advised. While the plantlet is still young, avoid direct sunlight and water-logging and repot as necessary, once the roots have surpassed 2cm in length.
This method can be quite difficult, so be sure to take a few cuttings with differing variables to see which suits your skills the best.

Roses will flower from spring to late summer if grown correctly with a good dormancy served in the winter months. Each individual flower will last up to four weeks, with the overall show lasting up to ten weeks. Supplement the plant using a fertiliser high in potassium to prolong its flowers - Streptocarpus or Tomato feeds are an excellent choice.

Repot every two or three years using Houseplant compost with added perlite or grit. For matured specimens, introduce more grit to promote a stronger root ball as well as the reduction of potential root rot; click on this link for more information on how to perform the perfect transplant. Never repot whilst the plant is in bloom.

Common diseases with Roses are root or crown rot, powdery mildew, leaf-spot disease, botrytis petal blight and powdery mildew. Keep an eye out for spider mite, thrips, aphids & mealybugs. For more info on how to address any of these issues, hit this link.  Identifying Common Houseplant Pests & Diseases

Roses are considered slightly poisonous if consumed by pets and humans. If high quantities are eaten, it may result in vomiting, nausea and a loss of appetite. Of course, the indoor varieties will develop shape thorns along their wooded stems that can puncture skin. Always be mindful of where you put a Rose, as small children or animals may get attacked.

Some florists, garden centres & Online Stores. Specimens are likely to be found in summer outside at most garden centres. A small selection of Roses are commonly sold during Christmas, but generally don't last as long as those sold earlier in the year. It's not advised to bring outdoor specimens inside as this could lead to environmental shock or the introduction of foreign pests into the home.