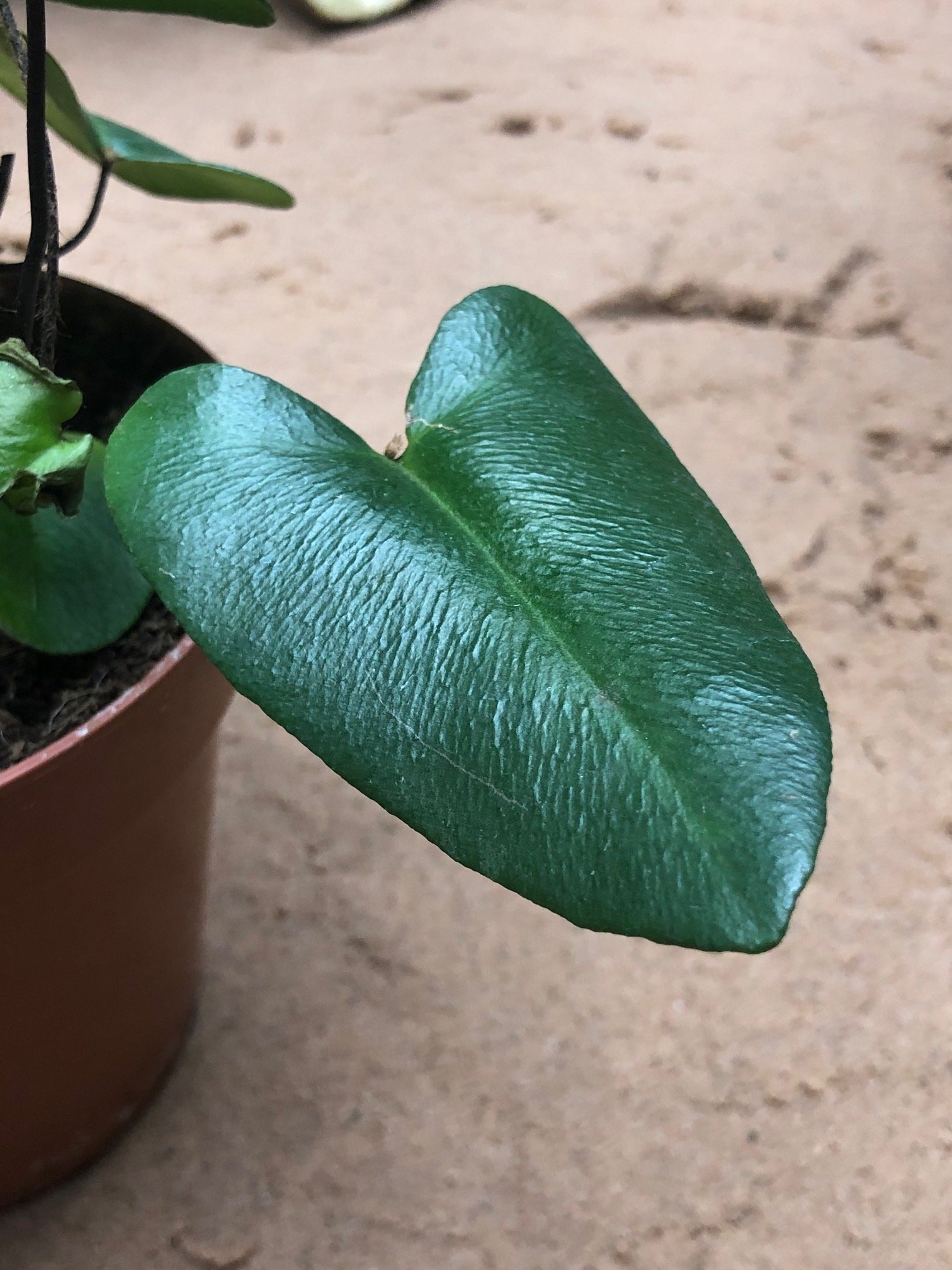 There are three key elements to ace when locating a Heart Fern - warmth, humidity and adequate light levels. Firstly, be sure to keep temperatures above the all-important 15°C to avoid any issues of browning foliage with yellowed halos. Further, be sure to locate your specimen within two metres (6 feet) of a north or east-facing window, or somewhere with dappled lighting. Excessively dark situations may result in slowed growth and soil mould, whereas prolonged exposure to the sun will result in severe dehydration and bleaching.

Reliable, moist soil is mandatory for a happy specimen. Allow the soil's top third to dry out in between irrigations, reducing this slightly further in the autumn and winter. Do not, under any circumstances, promote periods of droughts due to the species' reduced ability to endure dehydration. Symptoms of under-watering include crispy or greying of leaves, little to no growth and brown patches forming on the fronds. Since the foliage has a bluish-grey tinge, under-watering symptoms are typically masked until it's too late. Scroll down to 'Common Issues' for more information on dehydration. Over-watering symptoms include yellowed fronds, rotten rhizomes and a general decline in health. These issues are commonly the product of too little heat or light, water-logging or an overly-large pot used during the repotting process.

Moderate to high humidity should be at the forefront of a Heart Fern. Introducing a pebble tray will not only keep the leaf-tips from browning over, but it'll also slow the risk of drying soil and potential dehydration. A gentle monthly hose-down in the shower will also benefit the specimen, as it'll hydrate the leaves and reduce dust particles resting on its foliage.

When any fern is severely dehydrated, most of its leaves will brown over with yellowed halos - leaving you with a naked plant. Although it may spell the end of juvenile plantlets, there may still be light at the end of the tunnel for more established specimens. Keep the soil continually moist, providing a good level of indirect light and temperatures above 15°C (59°F). After a few weeks, new life will form in the nodal junctions in the plant's centre, signalling the start of its recovery process. For the prevention of dry air, be sure to introduce a humidity tray for higher levels of atmospheric moisture around the foliage. Not only will this ease the specimen back into healthy functioning life, but it'll also reduce the rate of transpiration (water-loss in the leaves), and therefore downplay the risk of dehydration and further decline.

Never allow temperatures to dip below 10ºC (50ºF) as irreversible damage will occur in the likes of browned foliage with yellow halos and weakened health. When this happens, remove the severely affected areas and immediately improve growing conditions - never cut through softened yellow growth, and only around brown, crispy squares. As rehabilitation can take several months because of its slow-growing nature, be sure to provide a stable location with better growing conditions to speed this process. 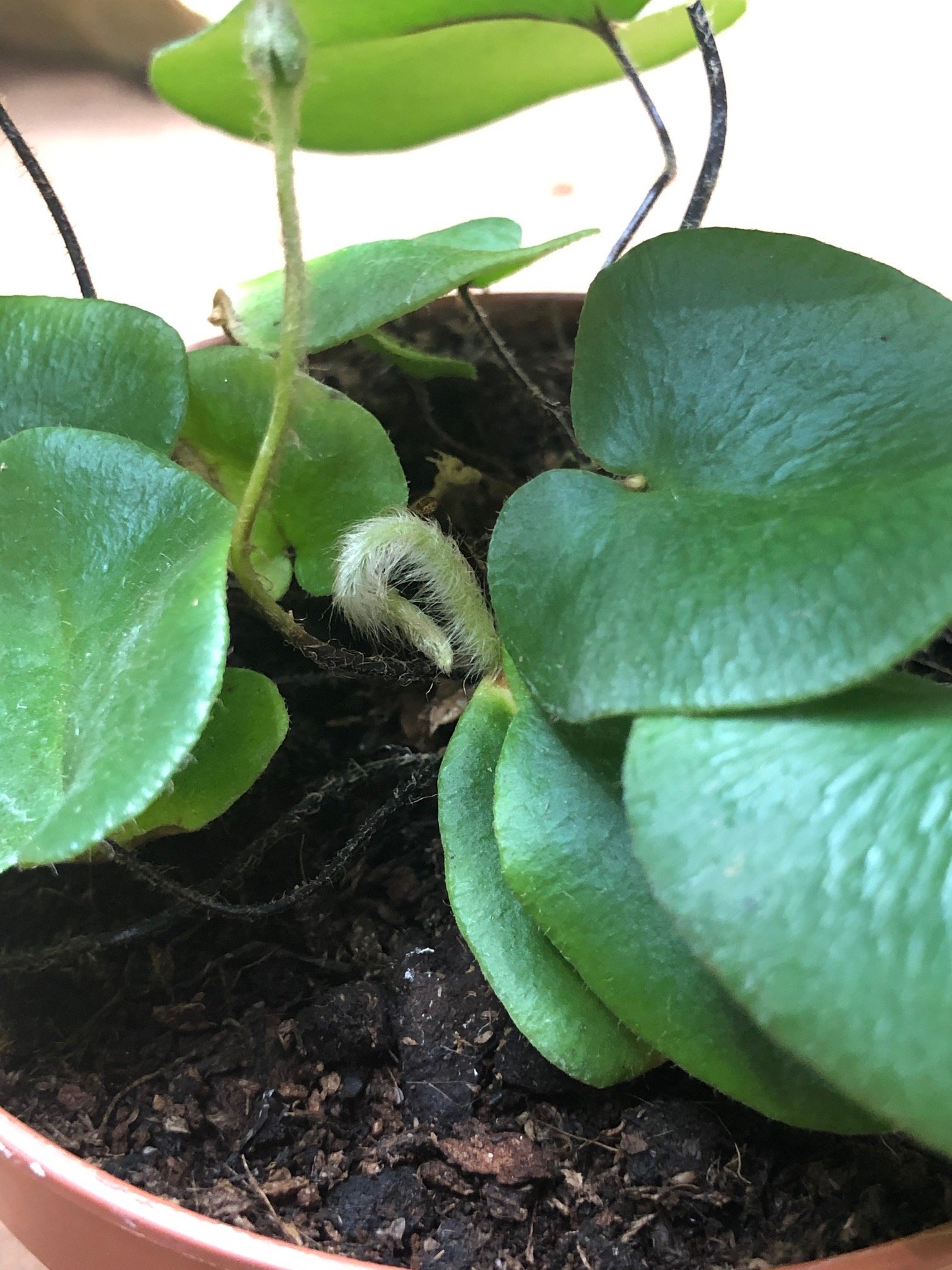 A juvenile growth developing from its rhizomatous base, which will hit maturity within a few weeks.

Hemionitis arifolia was first described in 1753 by Carl Linnaeus, under the name, Acrostichum aureum, before being replaced several times within the following century. The term 'Hemionitis arifolia' first came about in 1859 by Thomas Moore, who conducted extensive work on Pteridophytes across the world. Its name comes from the Greek word for 'mule' (hemionos), referring to the belief that the plants were sterile, with 'arifolia' referring to the similar V-shaped leaf of an Arum (better known as Aroids).

Despite Hemionitis being used across almost all garden centres and nurseries, its accepted name is actually 'Acrostichum aureum', first penned by Linnaeus. 'Acrostichum' refers to the arrangement of the spores, whereas 'aureum' translates to the golden rhizomes. 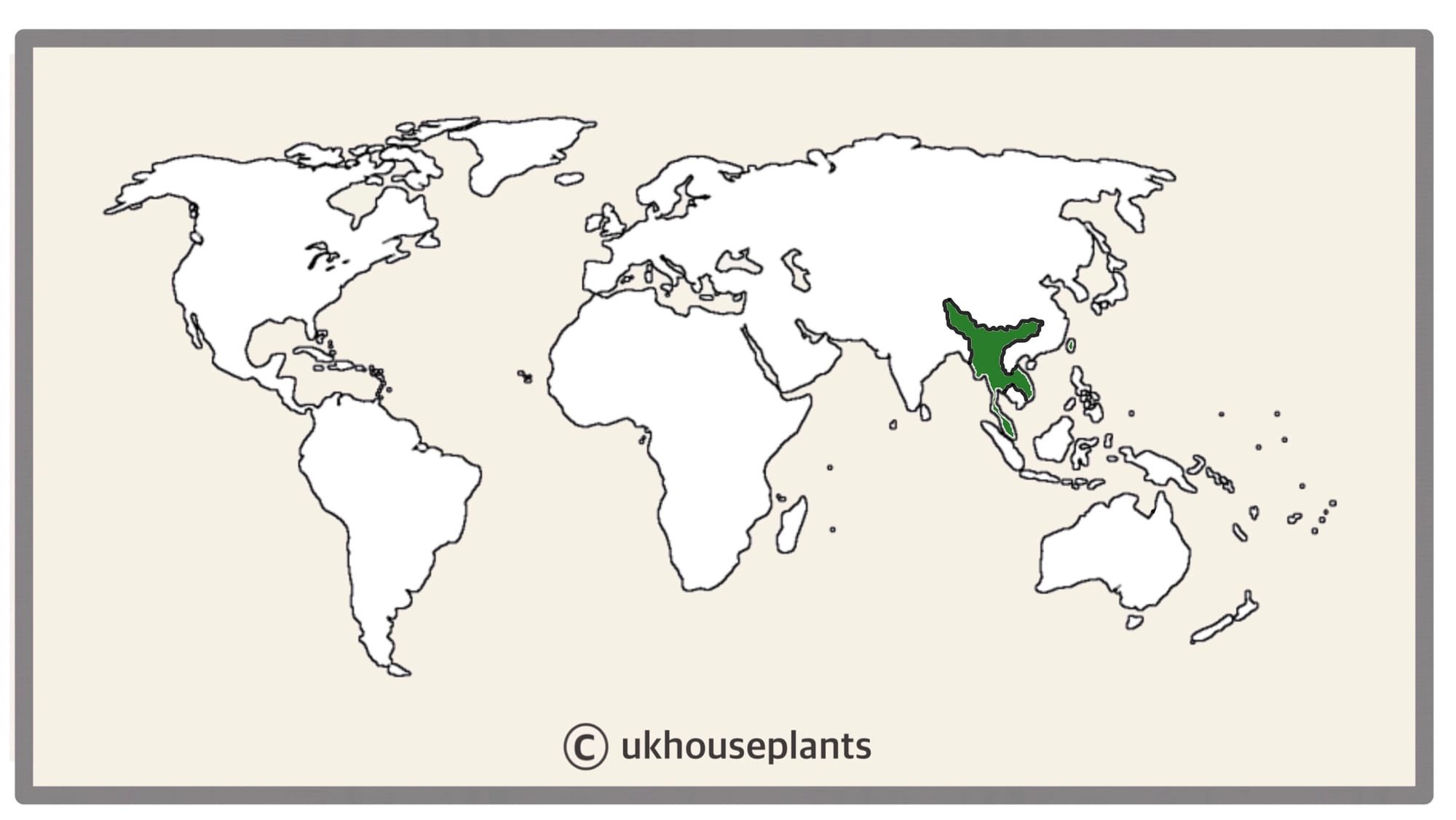 The Distribution of Heart Ferns.

12° - 26℃   (54° - 78℉)
H1b  (Hardiness Zone 12)  - Can be grown outdoors during the summer in a sheltered location with temperatures above 15℃  (59℉),  but is fine to remain indoors, too. If you decide to bring this plant outdoors, don't allow it to endure more than an hour of direct sunlight a day as it may result in sun-scorch. Regularly keep an eye out for pests, especially when re-introducing it back indoors.

Spores (Difficult) - You may have noticed little brown spots under the leaves - those are reproductive spores that can be propagated in the same way as seeds, once matured. These zygotes will develop on the under-leaves of each frond; you'll know when they're ready to be propagated, as they'll brown over and begin to crisp.

Keep an eye out for mealybugs, aphids, scale, blackfly, vine weevils & root mealybugs that'll locate themselves in the cubbyholes and undersides of the leaves, with the exception of the latter two in the soil. Common diseases associated with Silver Lady Ferns are root rot, leaf-spot disease, botrytis, rust, powdery mildew & southern blight - click here to learn more about these issues.