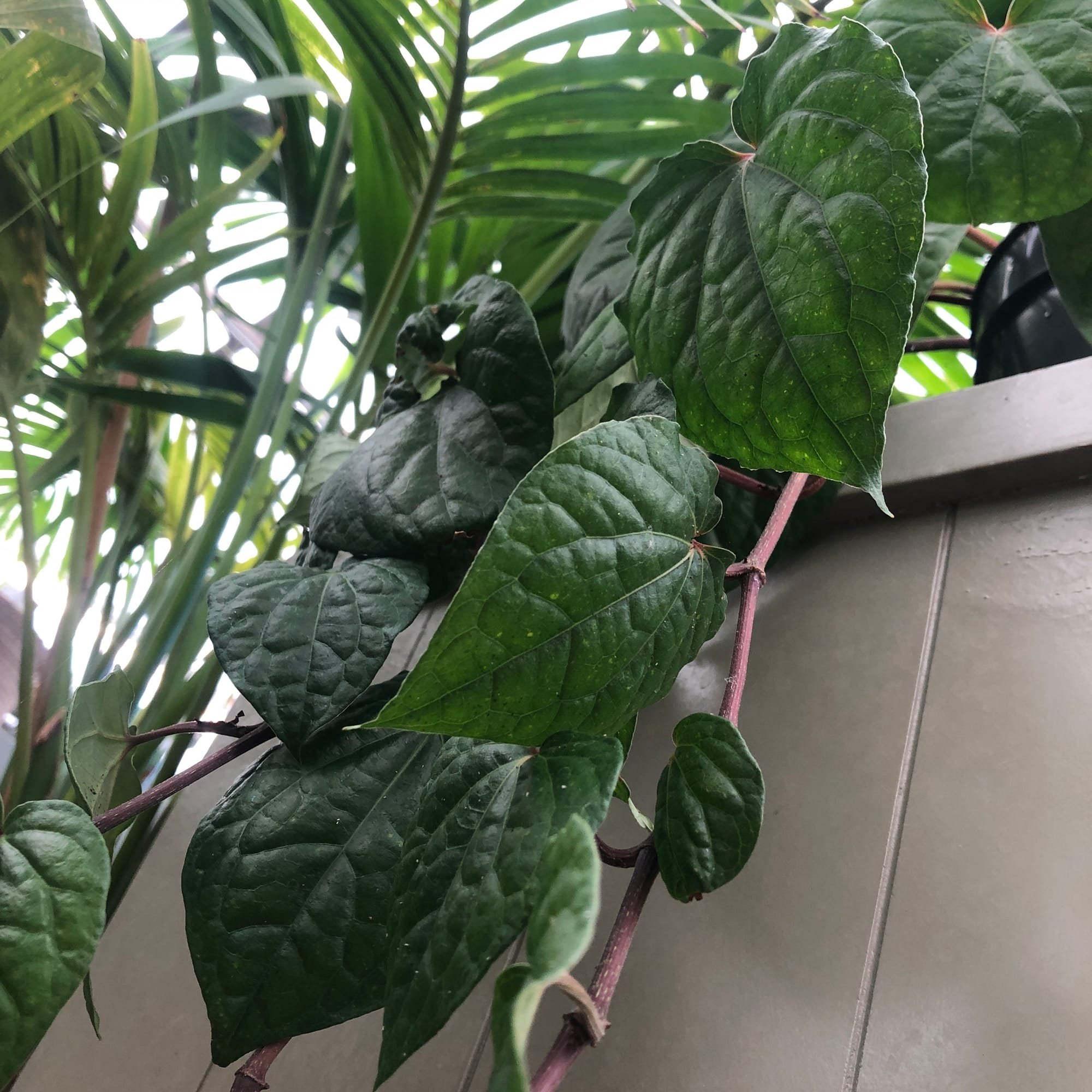 A location with a good angle to the natural light will be best at promoting vigorous, healthy growth. We'd recommend keeping yours within two metres of an east or west-facing window, or within one metre of a north-facing one. Due to the risk of sun-scorch in sun-filled rooms, keep an eye on drying soil and bleached leaves or try relocating it to a less intense area of the home.

Maintain evenly moist soil, allowing the compost's top third to dry out in between waters. It's important not to promote what's known as 'irrigation abuse', whereby the specimen is subjected to periods of droughts, followed by floods of water. Not only will this promote unreliable foliar growth, but the risk of terminally damaged tissue below the soil line could also cause incompetent, functionless roots. Create a watering-rota if you're one for forgetful gardening! Under-watering symptoms include a shrivelled stem, yellowing leaves, little to no growth and dry, crispy patches forming on the leaf edges. These issues are typically caused by too much light/heat or forgetfulness. Remember, the brighter the location, the more watering you'll need to do. Over-watering symptoms include a weakened or rotten stem, no new growth, yellowing lower leaves and eventual plant death. Click here to learn more about root rot and how to address it!

Average room humidity is more than enough to satisfy this plant. Never situate it within a few metres of an operating radiator due to the heightened chance of browning leaf-tips. Gently hose the foliage down once a month to hydrate the leaves and keep the dust levels down. This will also replicate the act of rain penetrating its foliage - something that will only benefit your plant's overall health.

Piper 'Bright Eyes' can be propagated easily by stem/vine cuttings. To do so, simply cut the main stem one inch (2cm) above and below the node (circled above), and place in lukewarm tap water. You can then place the cutting into moist 'Houseplant' labelled potting mix once the roots are at least two inches (5cm).

Yellowing older leaves could be a sign of over-watering, but equally is a byproduct of maturity. If the older leaves rapidly become yellow in quick succession, over-watering could be to blame. People don't realise that a plant's root system needs access to oxygen too; when soil is watered, the air will travel upwards and out of the potting mix. A lack of accessible oxygen for the roots will cause them to subsequently break down over the oncoming days. Click on this link to learn more about root rot and how to address it.

Curled leaves and brown leaf-edges are the result of too little water and over-exposure to the sun. Piper 'Bright Eyes' are best located in bright, indirect settings, and those that haven't acclimatised to the harsh rays will show signs of sun-scorch and environmental shock. A splash of winter sunlight is acceptable as long as the soil moisture is regularly observed, with complete avoidance once summer comes along.

Piper methysticum was formally described by German botanist, Johann Georg Adam Forster, in 1786, during a worldwide expedition to document local animal and plant species. He used the Modern Latin word for 'drunkenness' or 'drunkard', in reference to the intoxicating outcome of drinking the South Pacific island drink, Kava - based off the roots. The plant also has medicinal and anaesthetic properties, too, and can be found on the islands of Vanuatu & Santa Cruz. 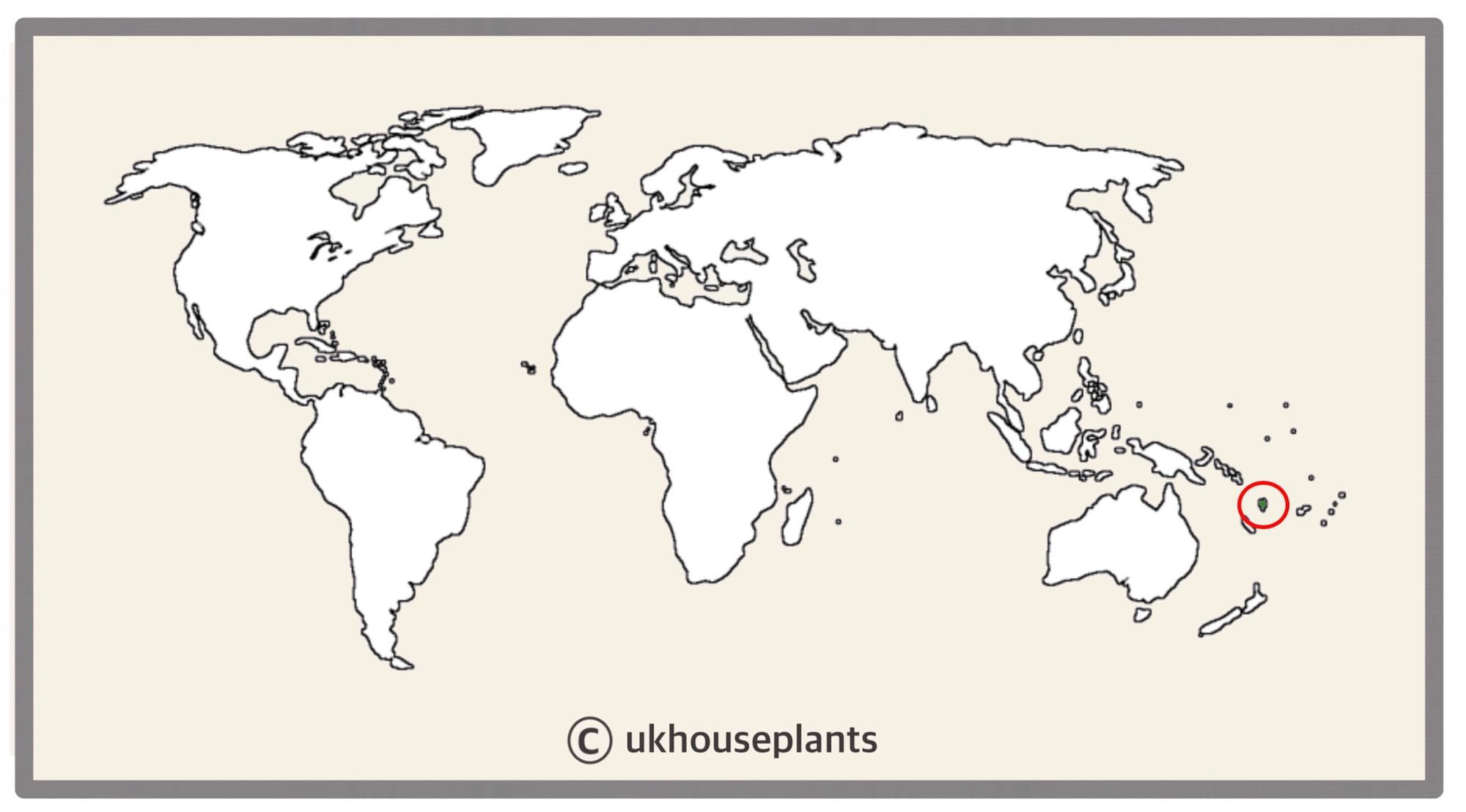 The Distribution of Piper methysticum.

16° - 27℃   (61° - 80℉)
H1b  (Hardiness Zone 12)  - Can be grown outdoors during the spring and summer in a sheltered location whilst nighttime temperatures are above 16℃  (61℉),  but is fine to remain indoors, too. If you decide to bring this plant outdoors, don't allow it to endure more than an hour of direct sunlight a day as it may result in sun-scorch. Regularly keep an eye out for pests, especially Aphids, when re-introducing it back indoors.

The total vine length can be up to 3m (9-10ft), with the overall width depending on the pot that it grows in. The ultimate size will take between 4 - 6 years to achieve when repotted biannually, with several new leaves unfurling per annum.

Remove yellow or dying leaves, and plant debris to encourage better-growing conditions. While pruning, always use clean scissors or shears to reduce the chance of bacterial and fungal diseases. Never cut through yellowed tissue as this may cause further damage in the likes of diseases or bacterial infections. Remember to make clean incisions as too-damaged wounds may shock the plant, causing weakened growth and a decline in health. Pruning can double up as stem cuttings too, so keep reading to find out more on successful propagation!

Stem & Eye Cuttings (Moderate) - Choose the healthiest, most established stems that are slightly hardened, yet still juvenile enough to bend slightly. Each cutting should only have two nodes with a leaf on the younger node - the older is for root development that'll be submerged in the soil. Cut directly below a node using a clean pair of scissors to reduce bacteria count. Situate the lower node into moist 'Houseplant' labelled compost, with only the leaf and the upper node sticking out of the soil. Blackleg can occur when the base becomes infected, typically caused by water-logging or a too-damaged wound. You can even place the cutting straight into lukewarm water to root, similarly to a Cheese Plant cutting. Simply place it into a moist bed of 'Houseplant' soil once there are at least two inches (5cm) of root growth.

Maintain bright light and evenly moist soil with the avoidance of direct sunlight or cold draughts, while following the same care routines mentioned in the article's top half. This method will take up to three months, so patience and the correct environment are paramount for success!

Piper 'Bright Eyes' are uncommon to flower indoors due to the unfavourable growing conditions found in the typical home. This species is fact dioecious, meaning that a plant will either hold male or female sexual organs but never both, unlike most other houseplants. It is also far more likely for a male specimen to flower in the wild than a female!

Repot every three years in spring using a 'Houseplant' labelled potting mix and the next sized pot with adequate drainage. This species is far better potbound for several years due to the heightened risk of root rot and repotting-issues (like transplant shock) - so only repot if you feel it's wholly necessary. 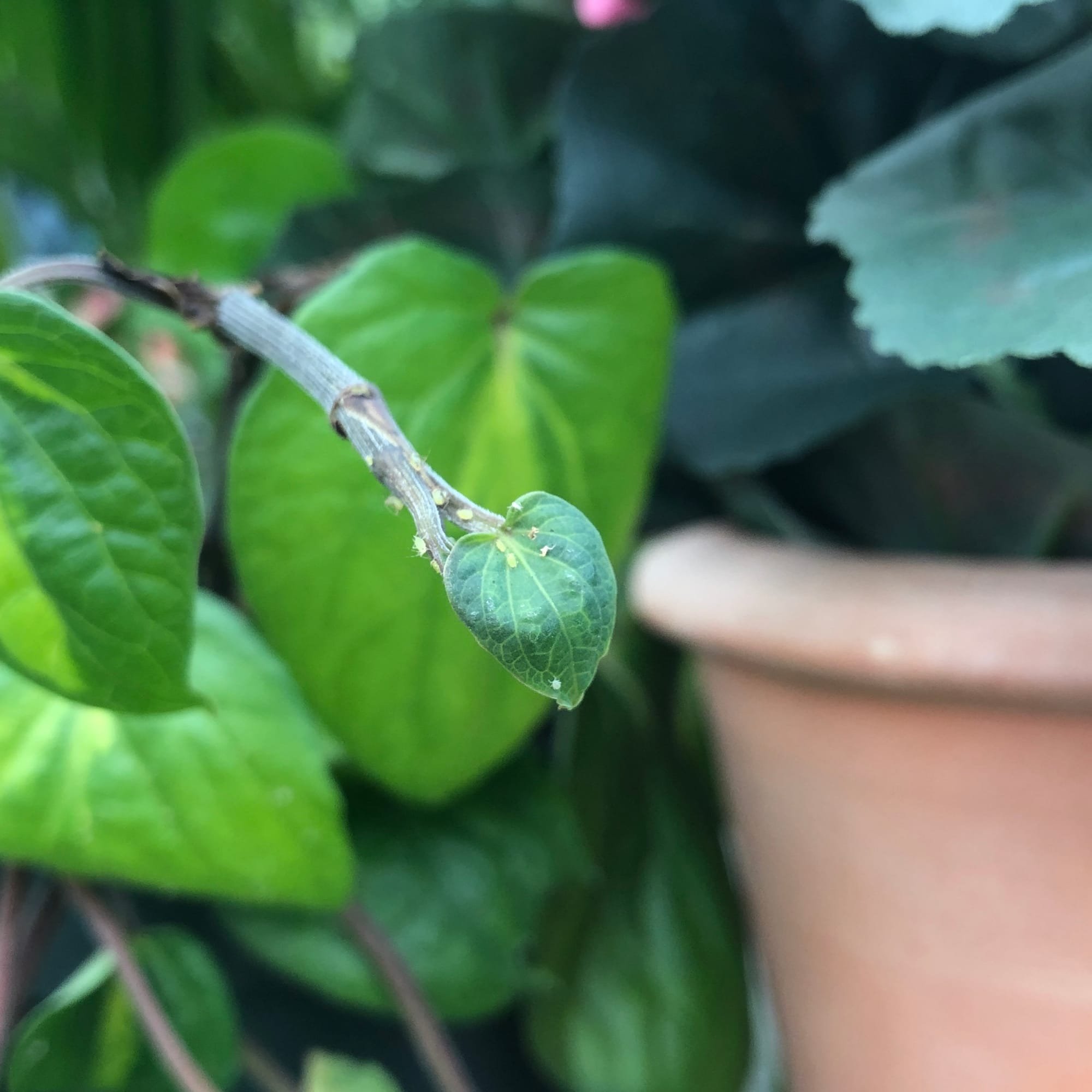 Mealybugs, Spider Mites and Aphids are the most likely culprits for a pest attack, with the latter shown in the image above.

Considered poisonous to pets when the leaves, stems or roots are consumed. If large quantities are eaten, it may result in vomiting, nausea and a loss of appetite.