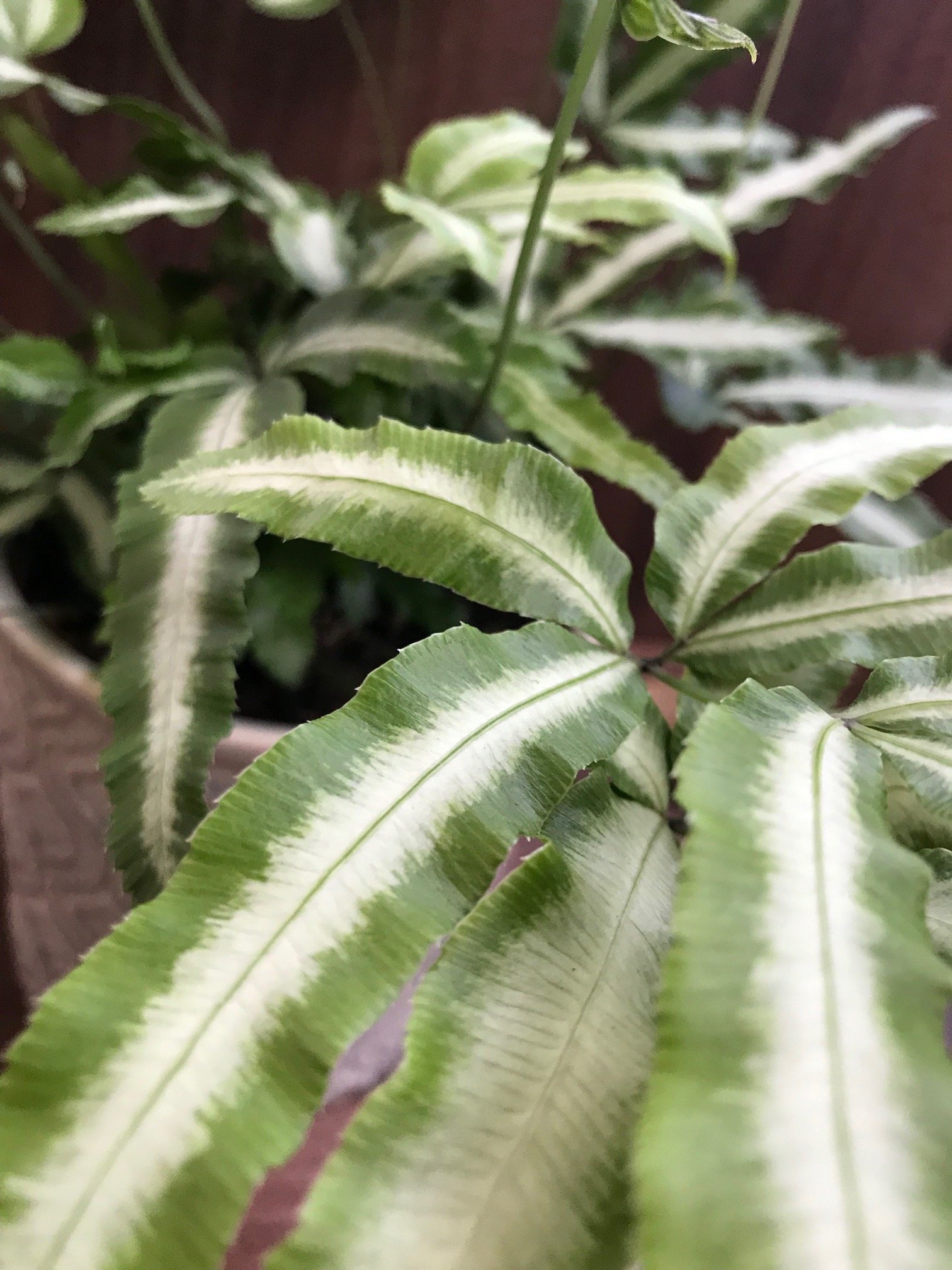 Moderate to high humidity should be at the forefront of a Pteris. Introducing a pebble tray will not only keep the leaf-tips from browning over, but it'll also slow the risk of drying soil and potential dehydration. A gentle monthly hose-down in the shower will also benefit the specimen, as it'll hydrate the leaves and reduce dust particles resting on its foliage. 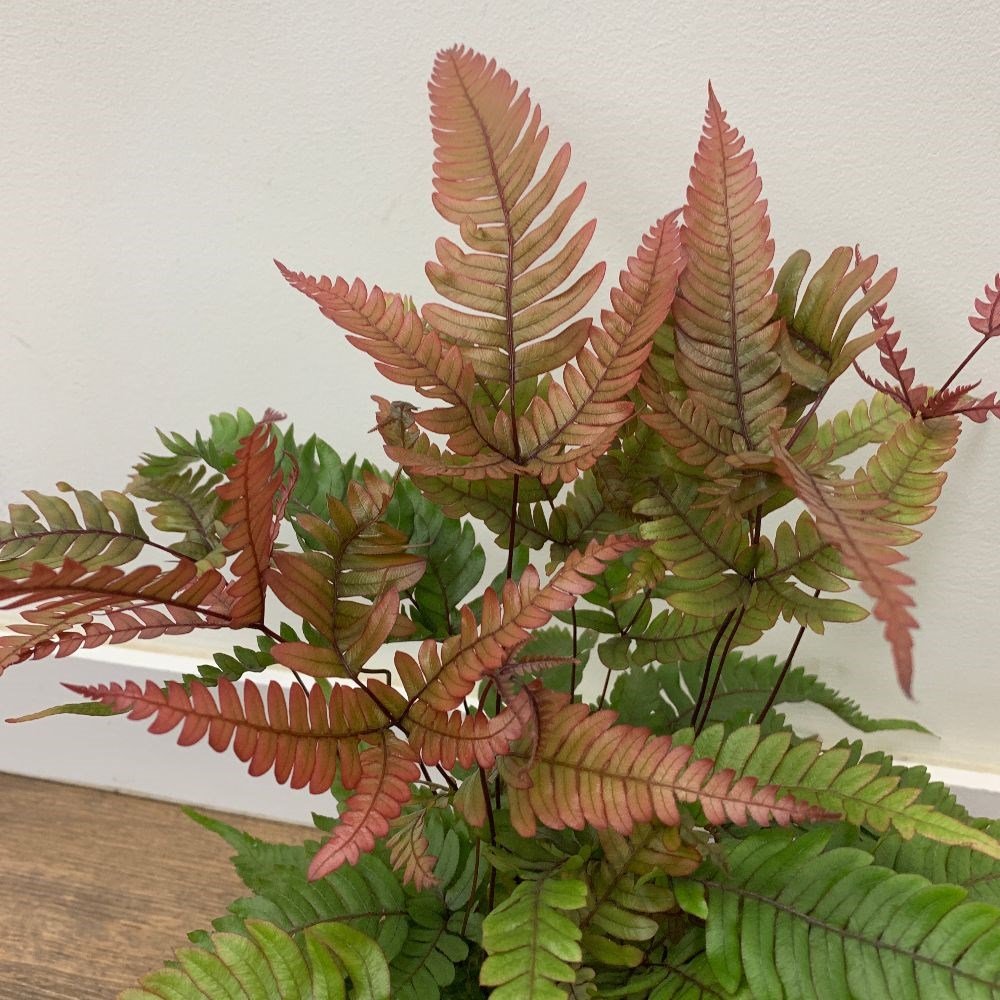 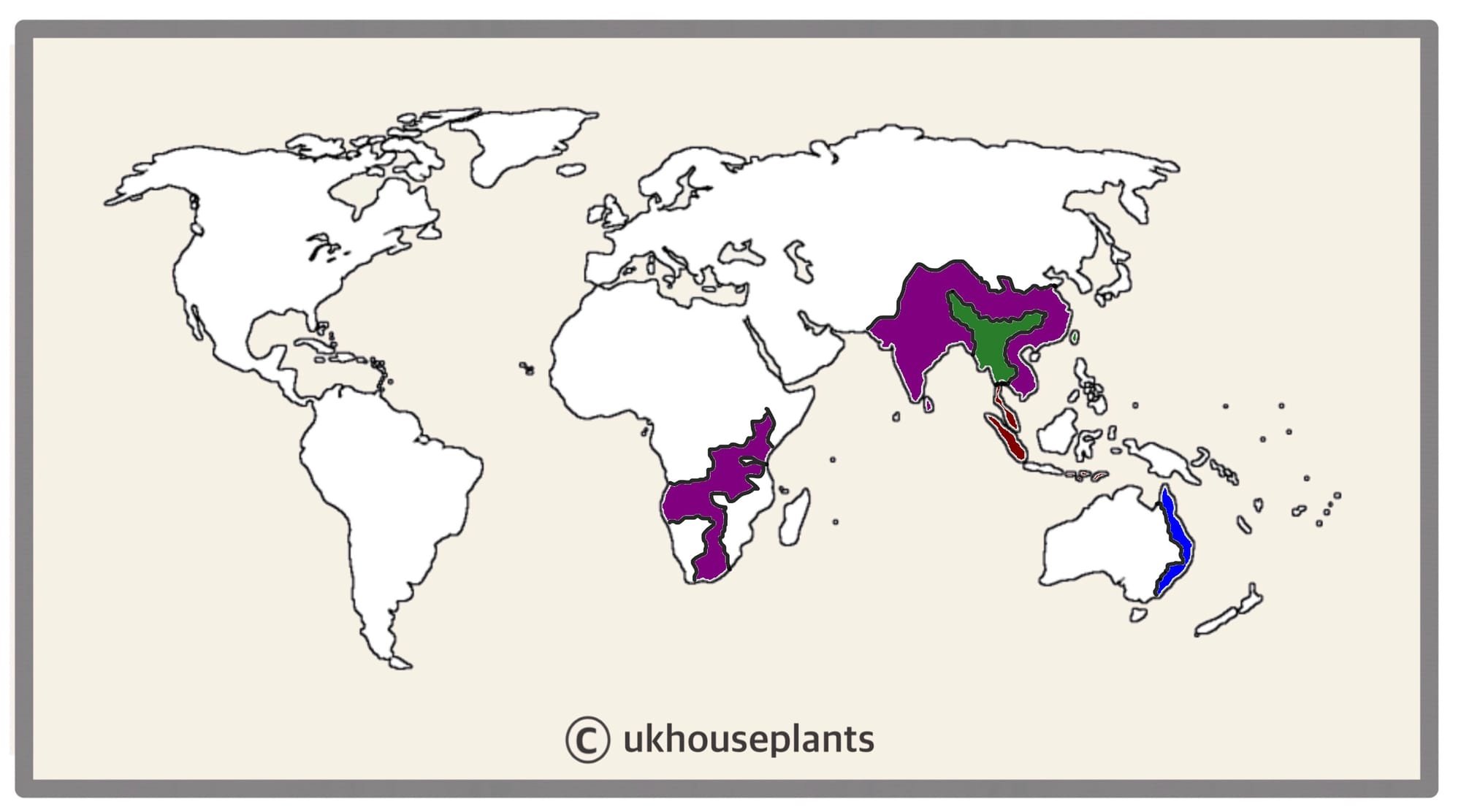 The Distribution of the three most popular indoor Pteris  -  P. cretica in Purple & Green,  P. normalis/quadiaurita in Green & Burgundy,  &  P. umbrosa in Blue. 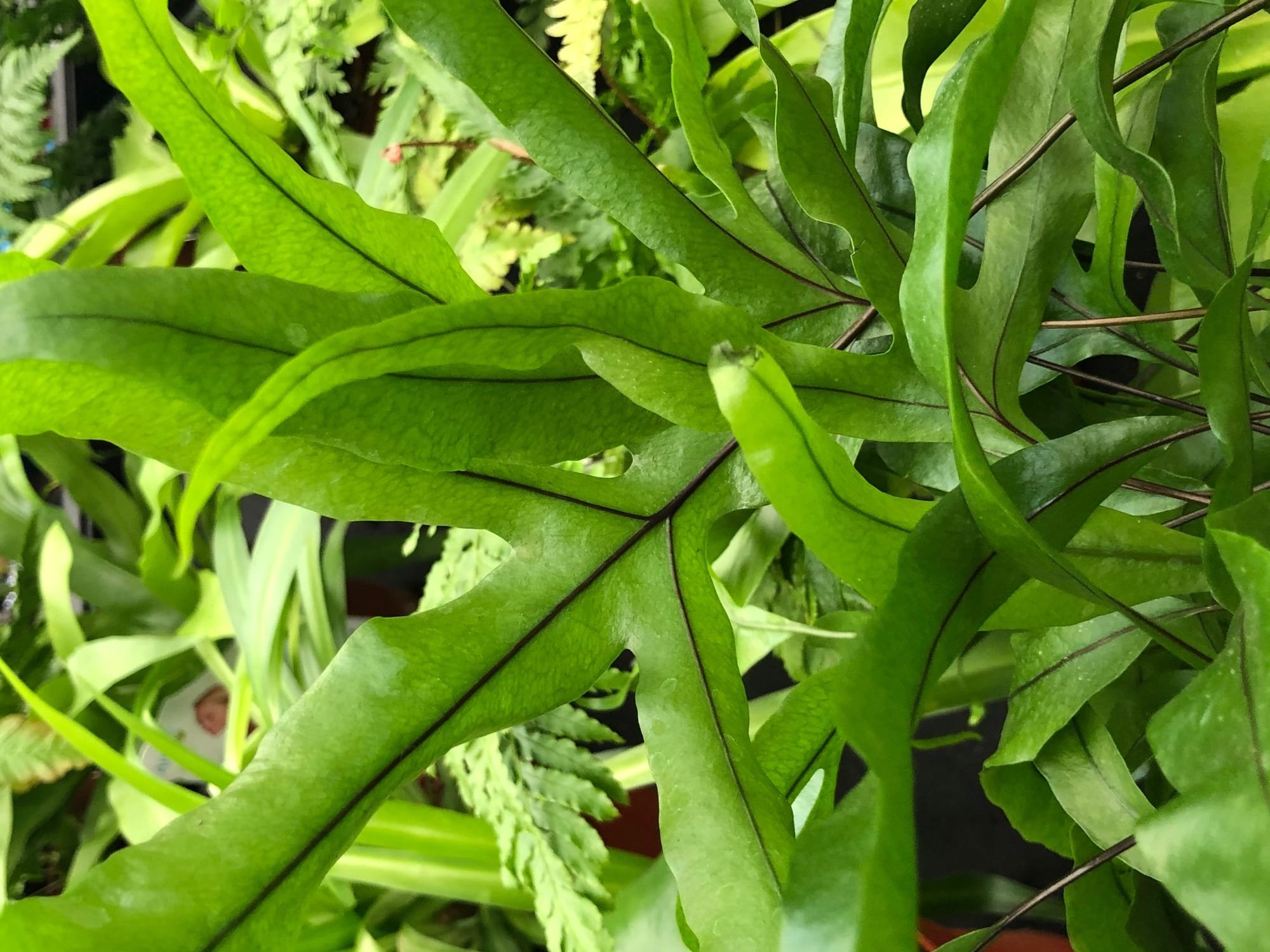 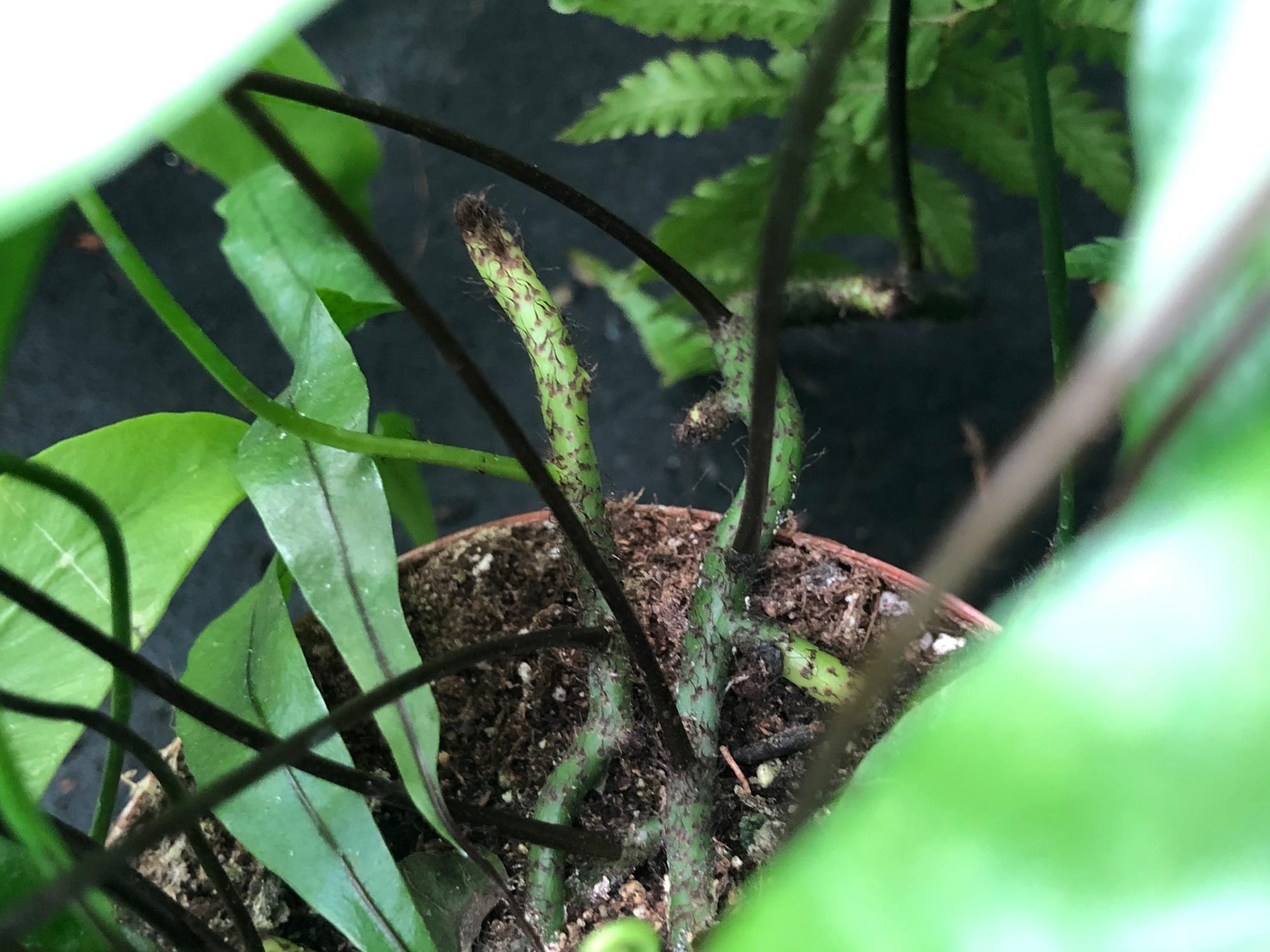 The rhizomatous base of a Pteris cretica, which can be propagated with the information given below.