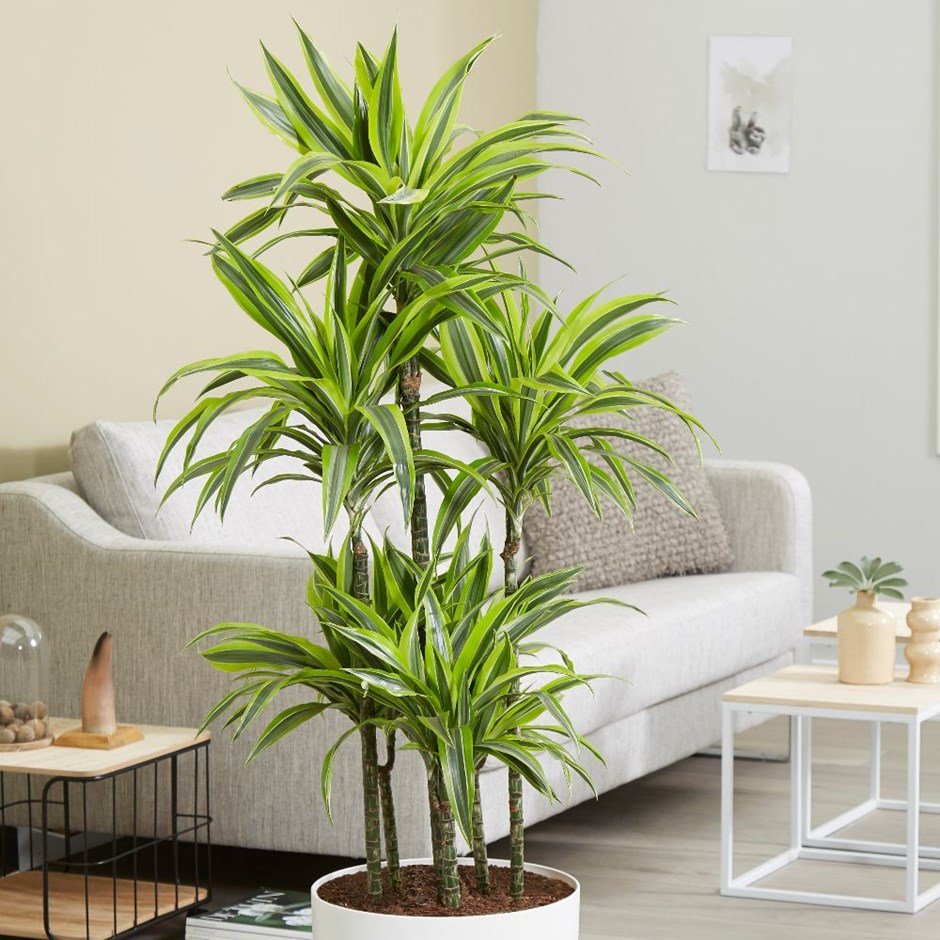 There are many cultivars under the umbrella name of 'Dracaena', that require very similar care requirements. Some of the popular species are listed below: 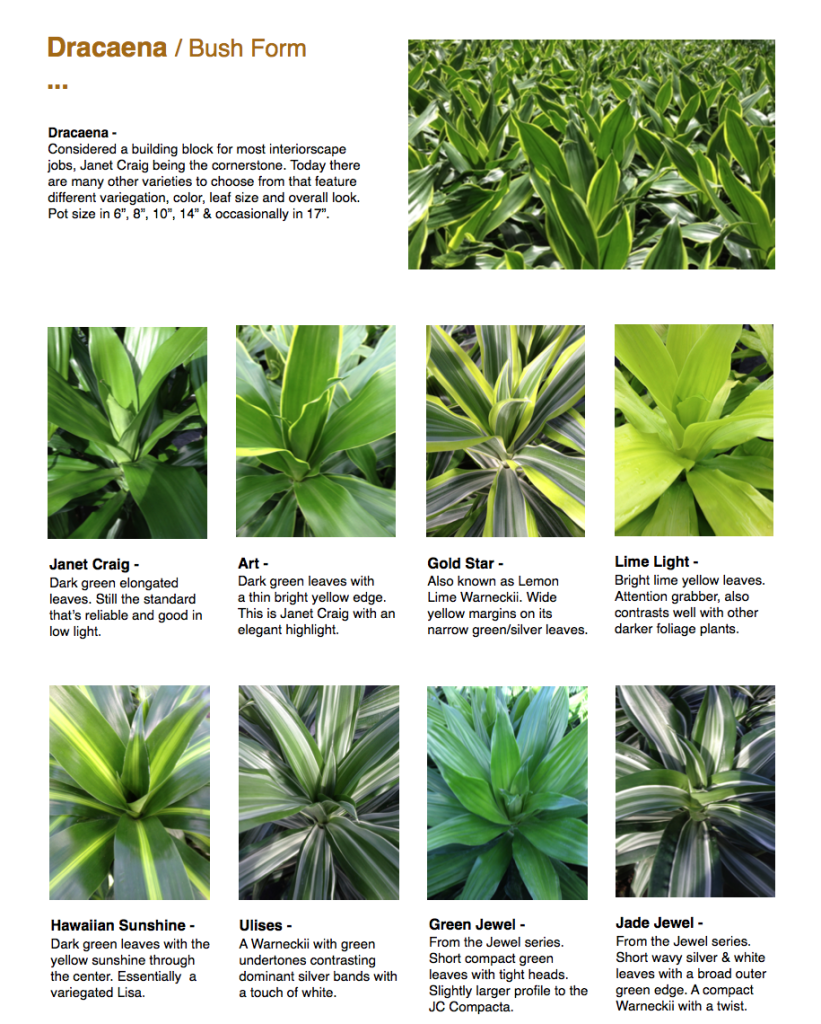 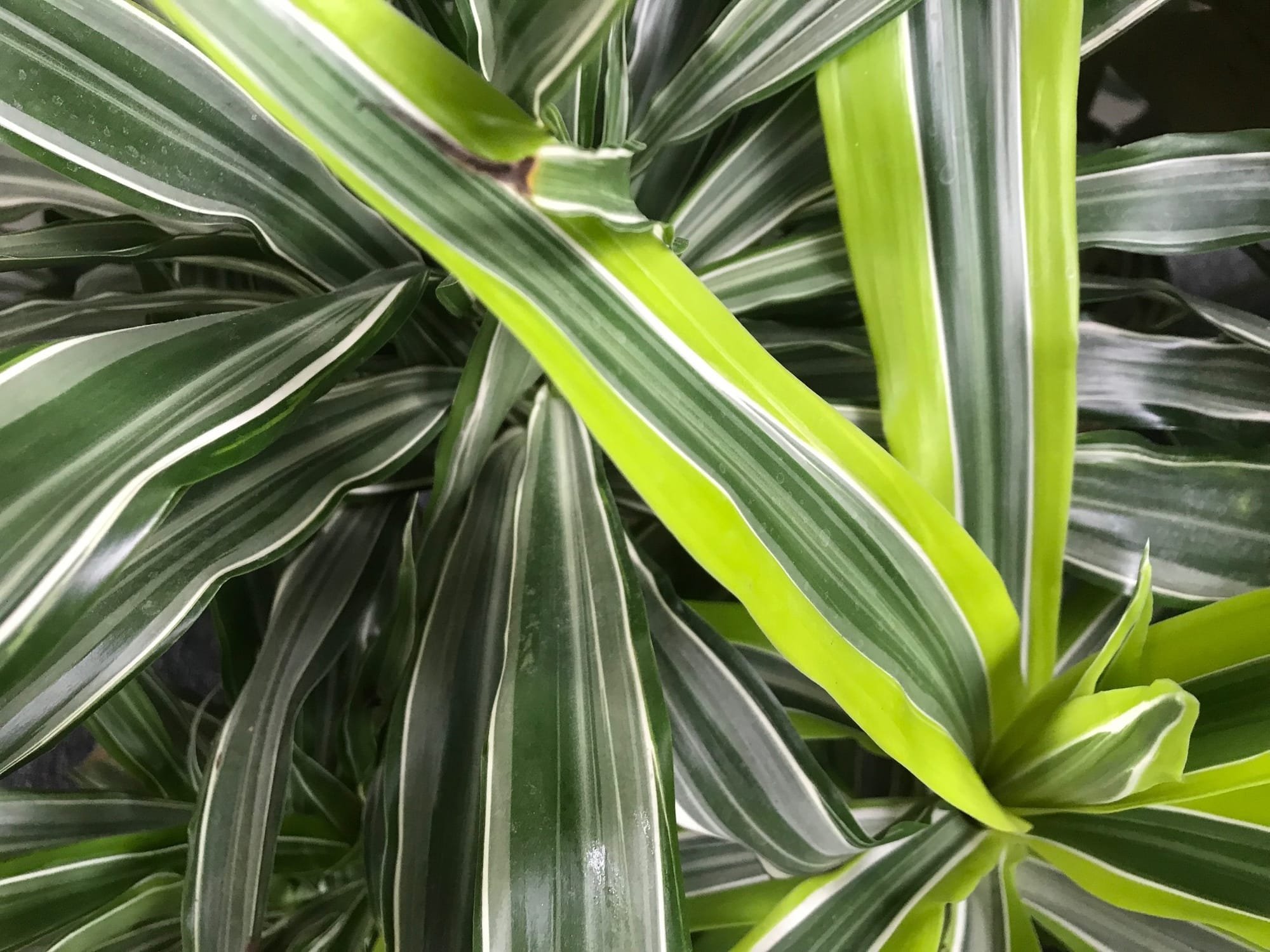 This group of Dracaena are the typical office plant of the 1990s. Not only can they deal with prolonged neglect in the form of dehydration, but their ability to withstand dark locations are second to none. Although Dracaena can be kept in dark settings, we'd recommend placing yours in a bright, indirect location within minimal sunlight. Excessive periods in the direct light will significantly increase the risk of sun-scorch and permanently damaged leaves.

Allow half of the soil to dry out in between waters, reducing this further in the autumn and winter. Dracaena situated in darker locations must be watered far less than with those grown in brighter areas to counteract the high risk of mouldy soil and root rot. Their root systems are highly sensitive to temperature change, so applying cold water will weaken the plant's lower portion over time. If you decide to use tap water (instead of rainwater collected from outside or fresh bottled water), allow it to stand for at least 24hrs to eliminate the ironised chemicals and icy temperature. Under-watering symptoms include dry leaf-edges and slowed growth, which is usually the product of too much sunlight/heat or forgetfulness. Over-watering symptoms include root/stem rot and rapidly declining health. Remove the plant's pot and inspect the lower portion of root rot; if the disease is present, head over to this article to learn more. 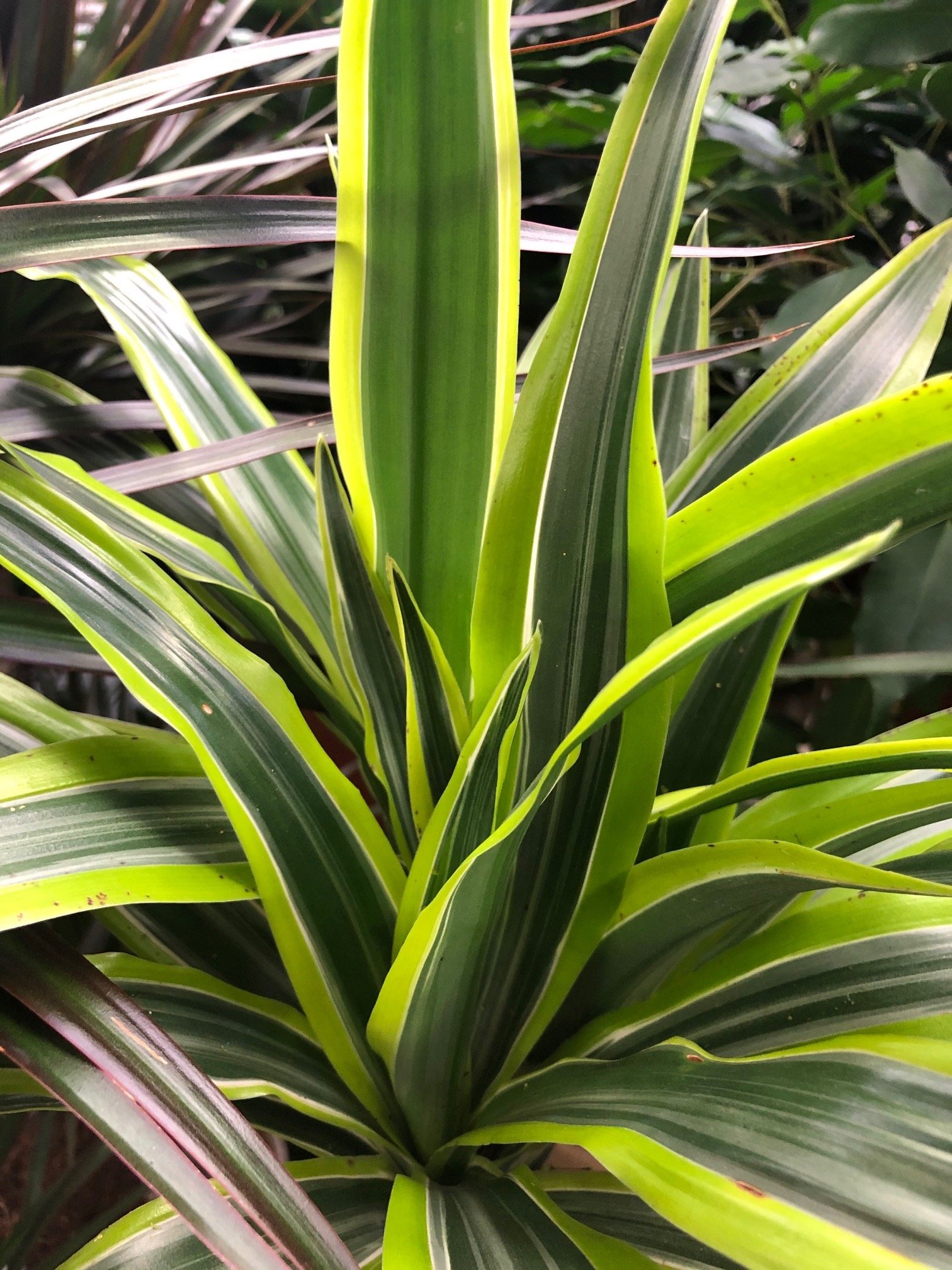 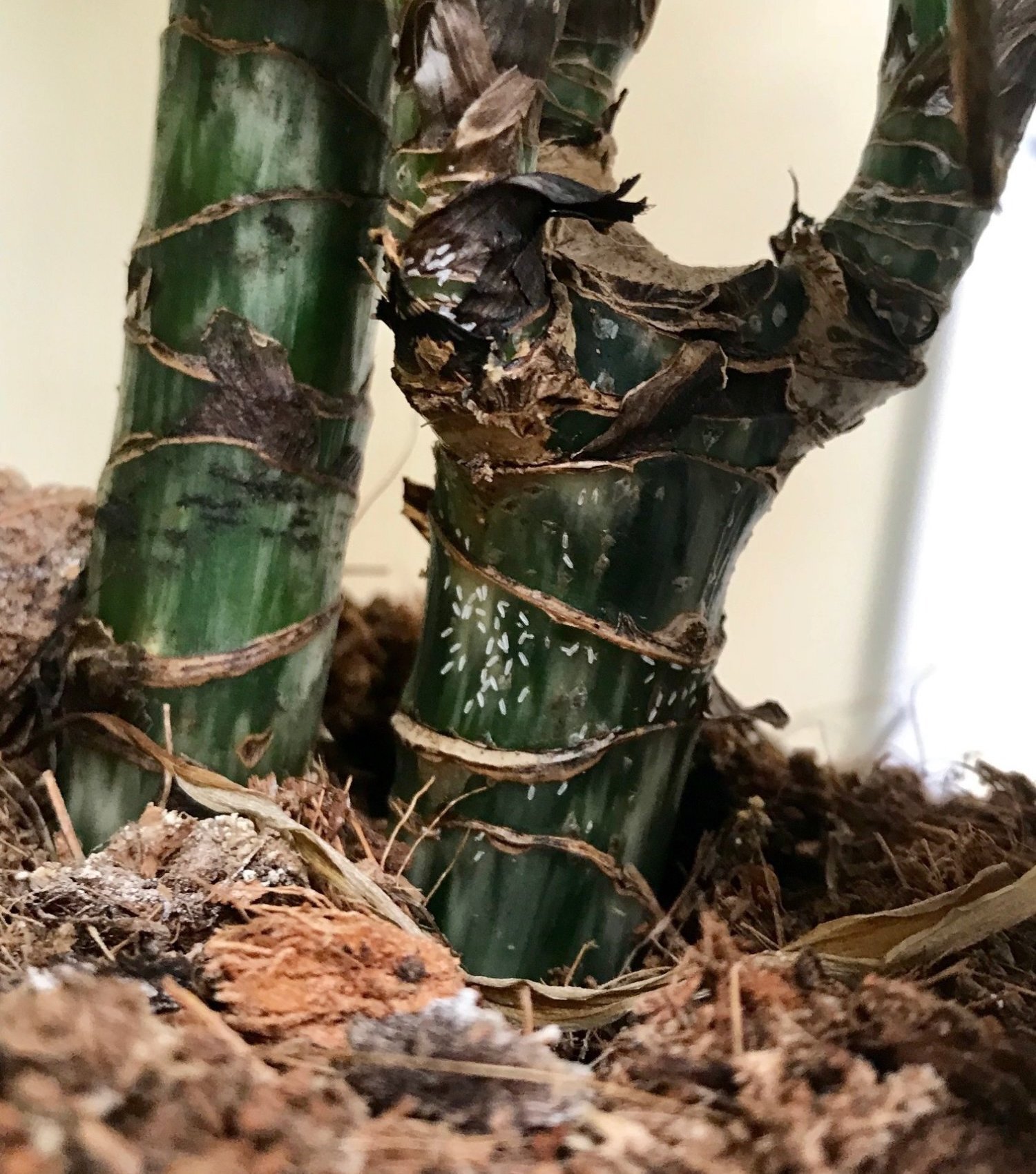 Another common pest with Dracaena is 'Euonymus Scale' which will attack the leaves and stems. Click on the image to see our step-by-step guide on eradicating them! 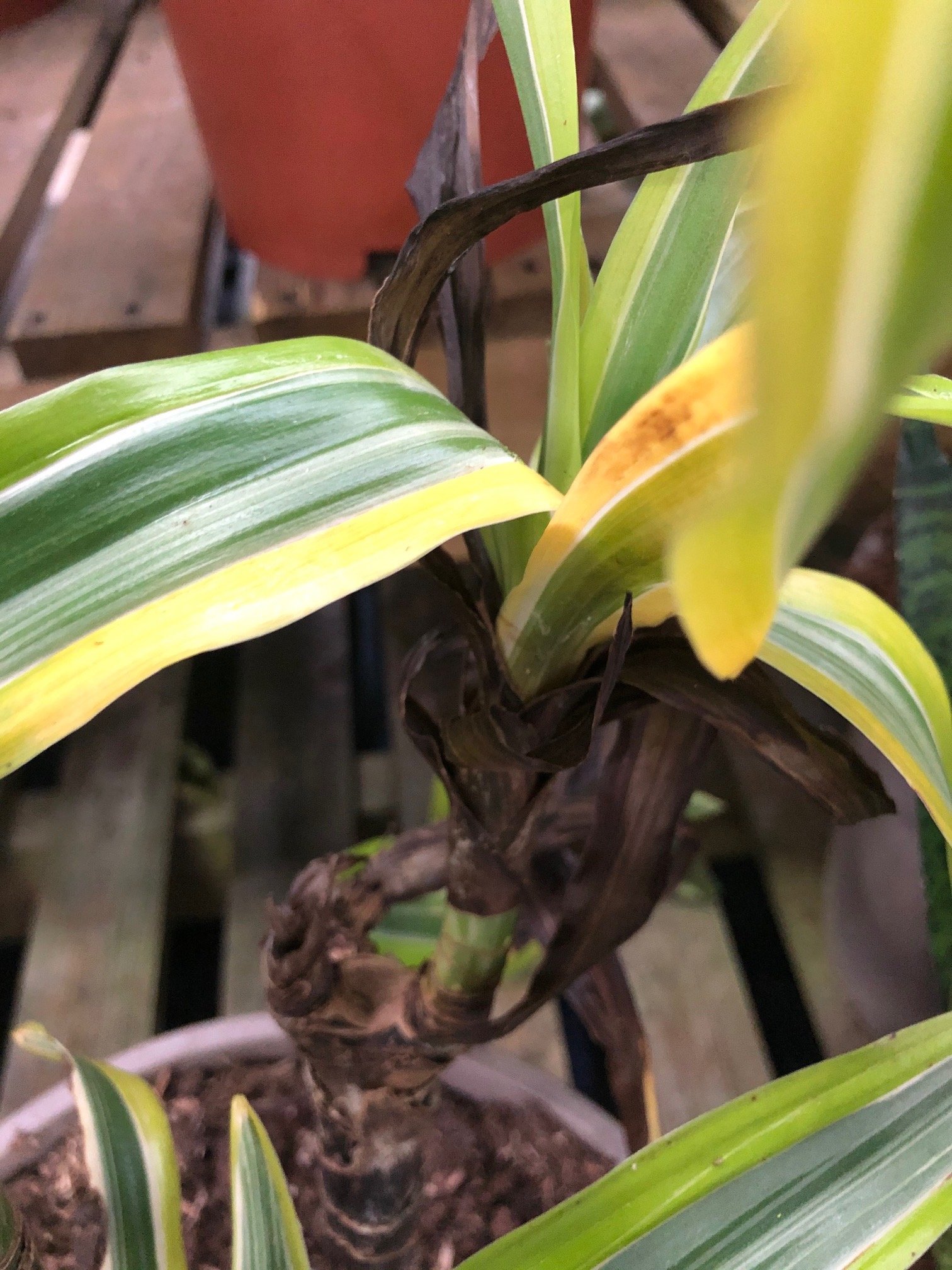 This is dehydration which could be caused by under-watering, or over-watering whereby the root system has collapsed, thus resulting in inadequate water-absorption. At this stage, take the specimen out of its pot and investigate the root health - click on this image to follow our step-by-step guide on addressing root rot. 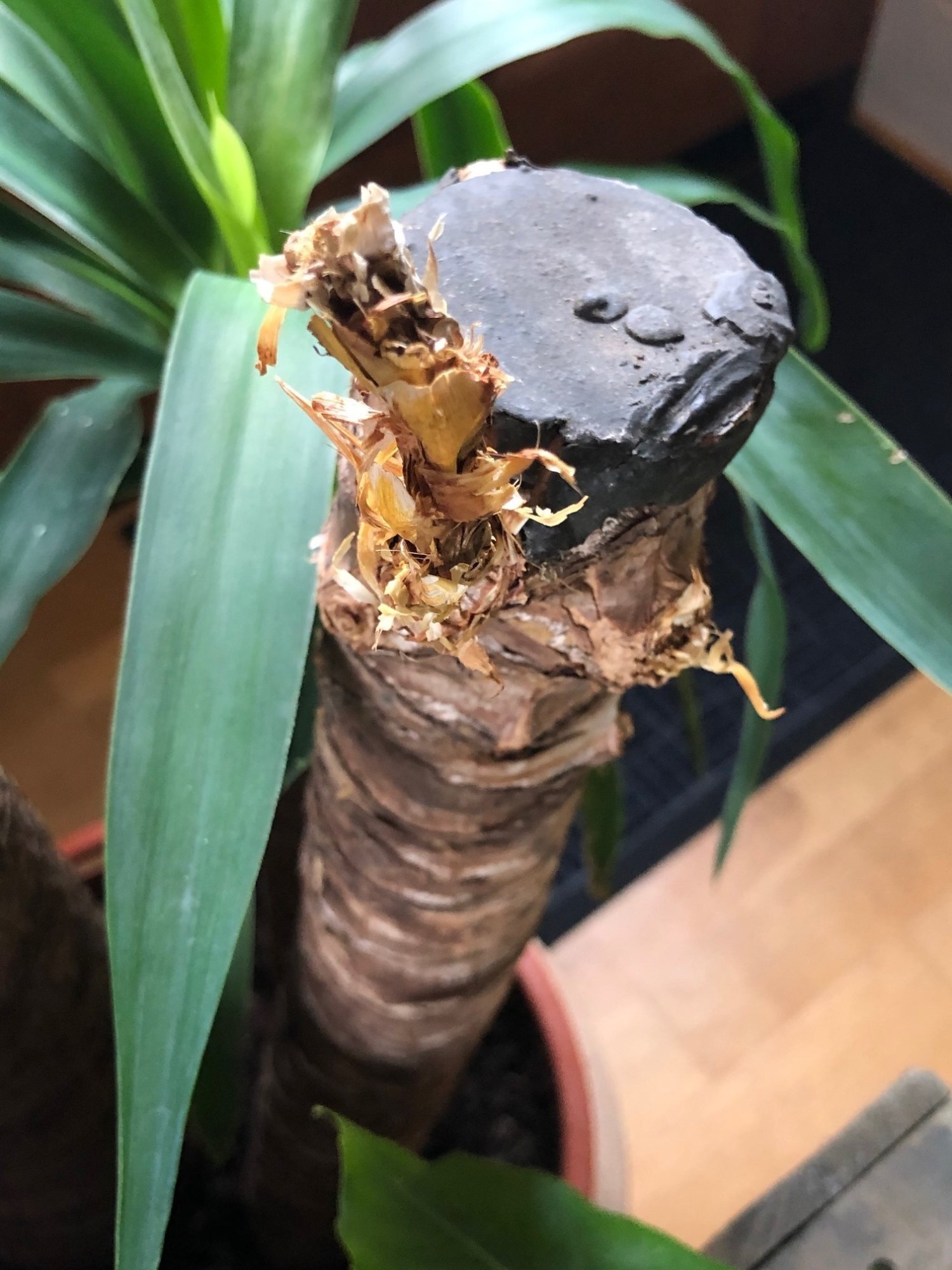 The genus, Dracaena, belongs to the Asparagaceae family that holds plants such as Hyacinths, Asparagus Ferns, Spider Plants, Sansevieria & Yuccas. The name derives from the Greek for a female dragon 'Drakaina', referring to the red sap and green foliage. The species' epithet, 'fragrans', refers to the fragrant blooms that were first coined by John Bellenden Ker Gawler. It was initially penned as 'Dracaena deremensis' by Adolf Engler in the late 19th century, before merging into Ker Gawler's species after several morphological studies. 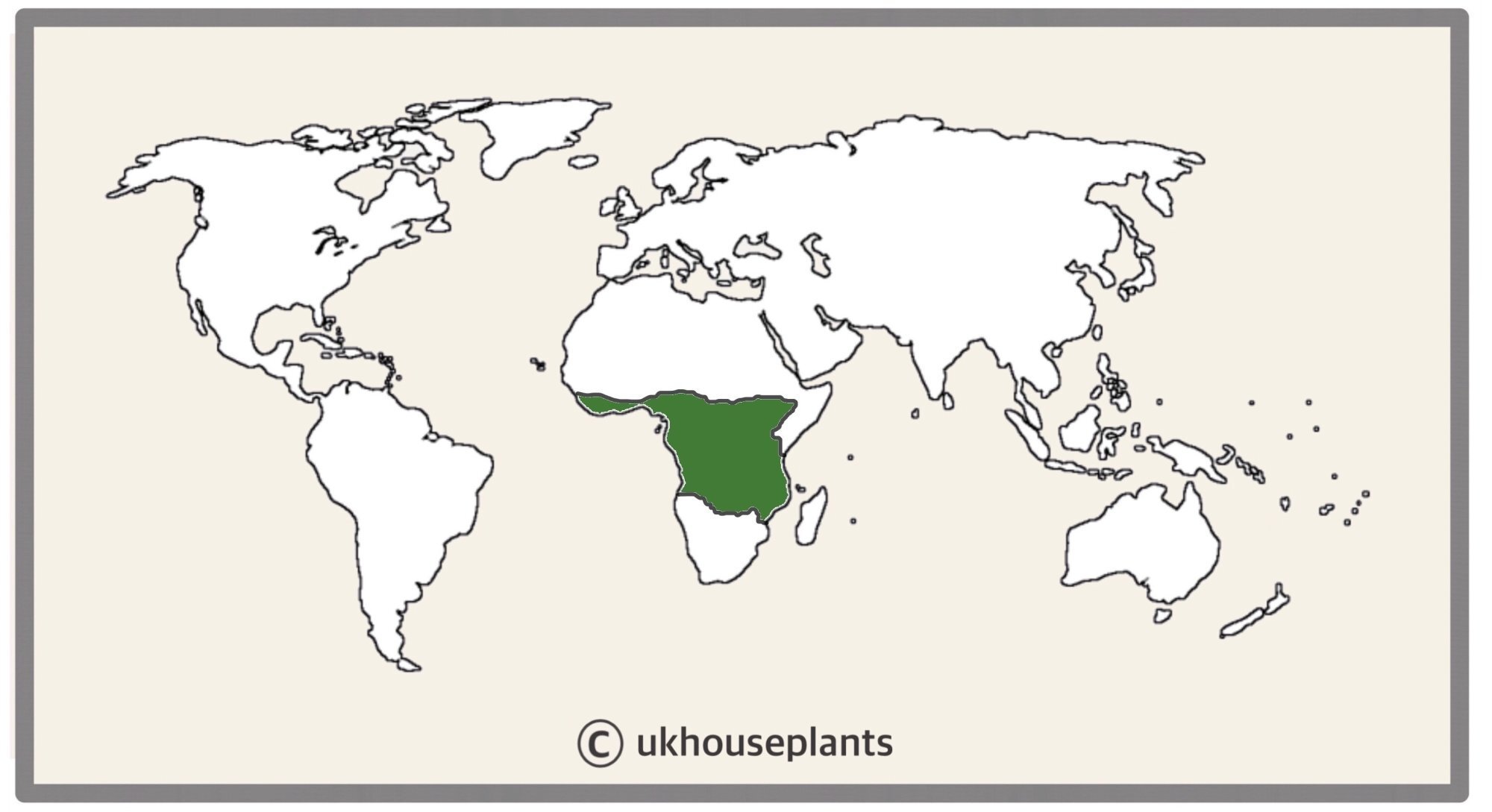