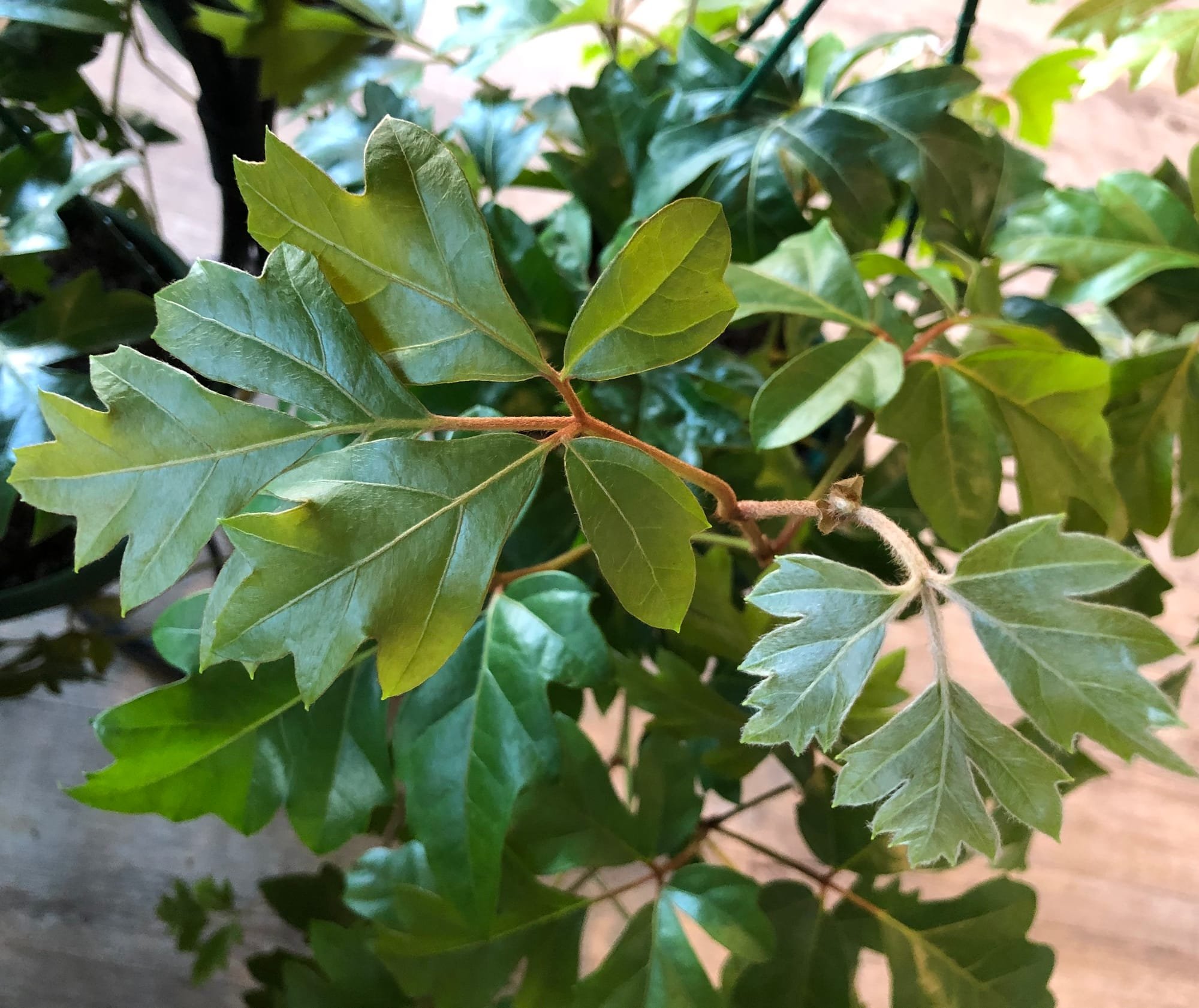 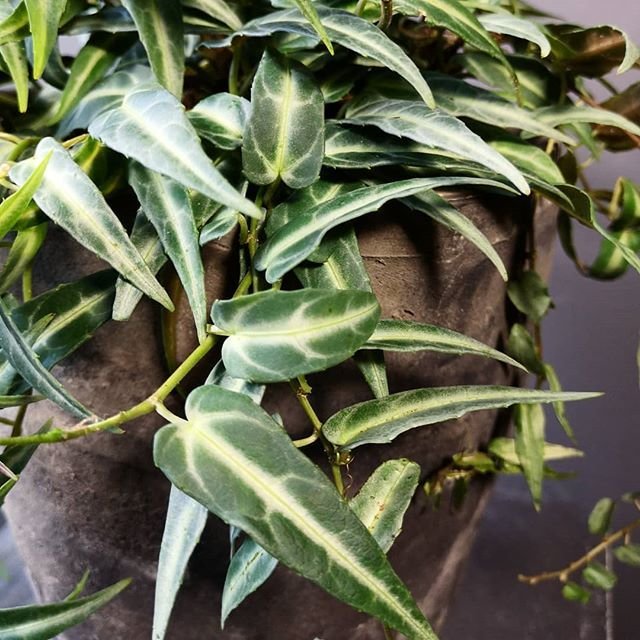 Cissus prefer bright, dappled light with the absence of deep shade. As you'll have to keep the soil relatively moist, the risk of soil mould and over-watering is dramatically increased when maintaining too little light. You also mustn't provide a sun-filled location either, as the risk of sun-scorch is expected with their delicate leaves. If you're worried about its location, chocolate bars that won't melt in the desired area will be tolerable for the plant. As long as you provide bright, indirect light, with warm temperatures, you'll be good to go! Lower leaf-loss is a common and significant issue among gardeners. This unfortunate phenomenon could be a product of several different problems, most notably being dark locations, water-related abuse or environmental shock. Introduce the plant to a more well-lit area with a splash of off-peak sunlight; if caught in time, the leaf-loss should stop within a few weeks. If you feel that you're watering habits aren't up to scratch, familiarise yourself with our care tips provided at the top of this article. It's always best to under-water an indoor Cissus than over-do it, purely on its poor ability to endure continued sogginess. The final culprit could be down to a sudden relocation; if you've recently purchased the specimen within the last six weeks, the chances are it is still acclimatising to the new environment. Although this shouldn't happen, a vastly different setting will cause sudden foliage-loss and stunted growth. You'll have two options of either waiting it out or presenting a more Cissus-friendly environment, mentioned in the 'Location & Light' section. We would fertilise the plant the next time it needs a water, using a 'Houseplant' labelled feed. If the leaf-loss persists, take stem cuttings of at least three nodes to ensure the specimen's existence continues. Scroll down to 'Propagation' for more information on this.

Curled leaves and brown leaf-edges are the result of too little water and over-exposure to the sun. Cissus are best located in bright, indirect settings, and those that haven't acclimatised to the harsh rays will show signs of sun-scorch and environmental shock. A splash of winter sunlight is acceptable as long as the soil moisture is regularly observed, with complete avoidance once summer comes along. 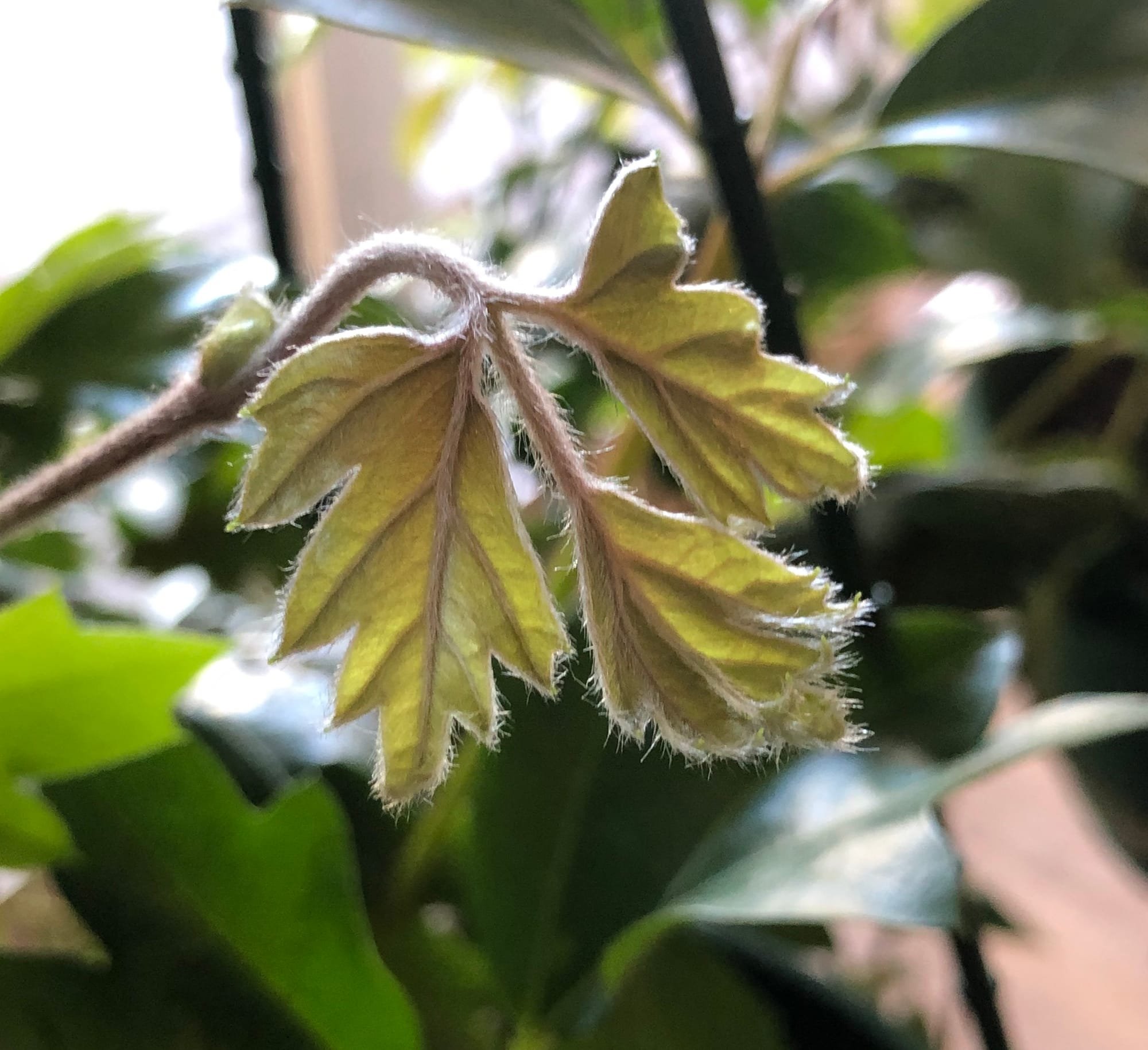 Although this juvenile growth is developing superbly, if your specimen is showing signs of stunted growth, it could be a case of under-watering.

Cissus is diverse and complex; however, the three main houseplants within this family are relatively straightforward to look after. The genus was first described back in 1753 by Carl Linnaeus, using the Greek word for 'ivy', kissos. Cissus falls under the family of Vitaceæ, closely related to the popular genus of Parthenocissus (Boston Ivy).

The species, Cissus alata, was first penned by Nicolaus Joseph von Jacquin ten years later, using the Latin word for 'wings', ālāta. Although the reason for this name is unknown, many believe it to be in reference to the wing-like juvenile growth, pictured above. The species' synonym, C. rhombifolia, can be translated to the Greek word, rhombus, meaning 'a parallelogram with equal sides' that refers to the rhombus-like palmatous foliage.

Carl Linnaeus first described Cissus amazonica in 1753, placing it in the newly-constructed genus of Cissus. The specific epithet, amazonica, refers to the species' natural habitat.

Finally, Cissus discolor was described by Carl Blume in the early 19th century, describing its dark-toned foliage. The synonym, 'Cissus javana', has no documentation over the reason of its name.

For the interest of this section, Parthenocissus was first documented by Jules Planchon in 1887, using the Latin words for 'virgin' and 'kissos' to describe the ability to self-seed without sexual pollination. 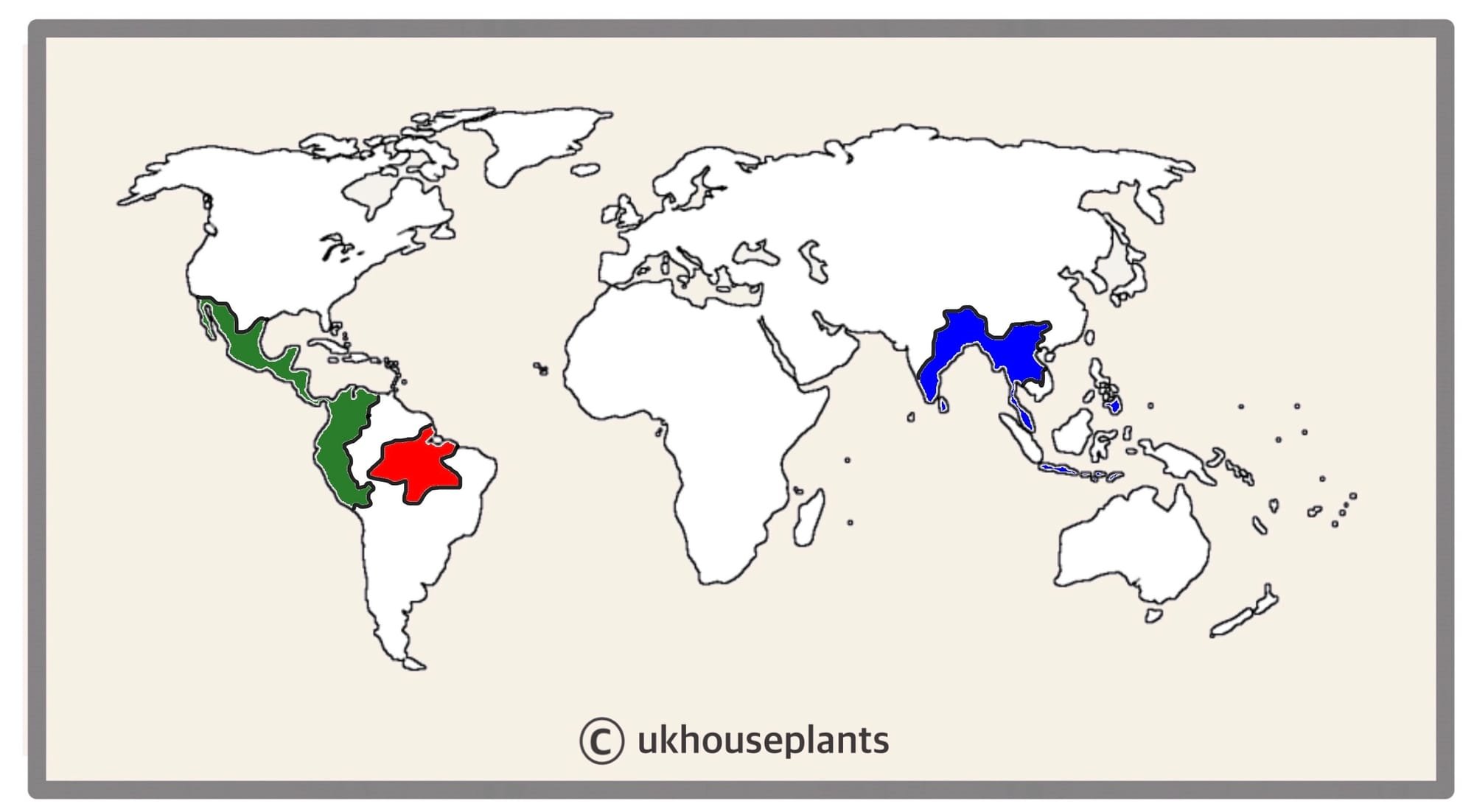 14° - 27℃   (57° - 80℉)
H1b  (Hardiness Zone 12)  - Can be grown outdoors during the spring and summer in a sheltered location whilst nighttime temperatures are above 12℃  (54℉),  but is fine to remain indoors, too. If you decide to bring this plant outdoors, don't allow it to endure more than an hour of direct sunlight a day as it may result in sun-scorch. Regularly keep an eye out for pests, especially when re-introducing it back indoors.

The overall size can be up to 1m (3ft) in height and 0.5m (2ft) in width. The ultimate size will take between 2 - 5 years to achieve when repotted biannually, with several new leaves unfurling per annum.

Stem & Eye Cuttings (Moderate) - This method of propagation is troublesome without the aid of bottom-heat and a controlled environment. Choose the healthiest, most established stems that are slightly hardened, yet still juvenile enough to bend slightly. Each cutting should only have two nodes with a leaf on the younger node - the older is for root development that'll be submerged in the soil. Cut directly below a node using a clean pair of scissors to reduce bacteria count. Situate the lower node into moist 'Houseplant' labelled compost, with the only the leaf sticking out of the soil. Blackleg can occur when the base becomes infected, typically caused by water-logging or a too-damaged wound. Maintain bright light and evenly moist soil with the avoidance of direct sunlight or cold draughts. Wrap the pot (& foliage) in a transparent bag or within a miniature greenhouse, and provide bottom heat of temperatures above 18°C (54°F). Remove the bag and place into individual 7cm pots once the second new leaf emerges. Follow the same care routines, as mentioned in the article's top half. This method will take up to five months, so patience and the correct environment are paramount for success!

Some forms of Cissus are very rarely able to flower in a domestic setting, due to the unfavourable growing conditions. Cissus alata (Cissus rhombifolia) may develop a few flowers in the height of summer once maturity is reached, usually taking up to five years. The flowers are arranged in panicles that'll last several days once opened, with the overall show spanning a few weeks.

Repot every two or three years in spring using a 'Houseplant' labelled potting mix and the next sized pot with adequate drainage. Cissus are far better potbound for several years due to the heightened risk of root rot and repotting-issues (like transplant shock) - so only repot if you feel it's wholly necessary.