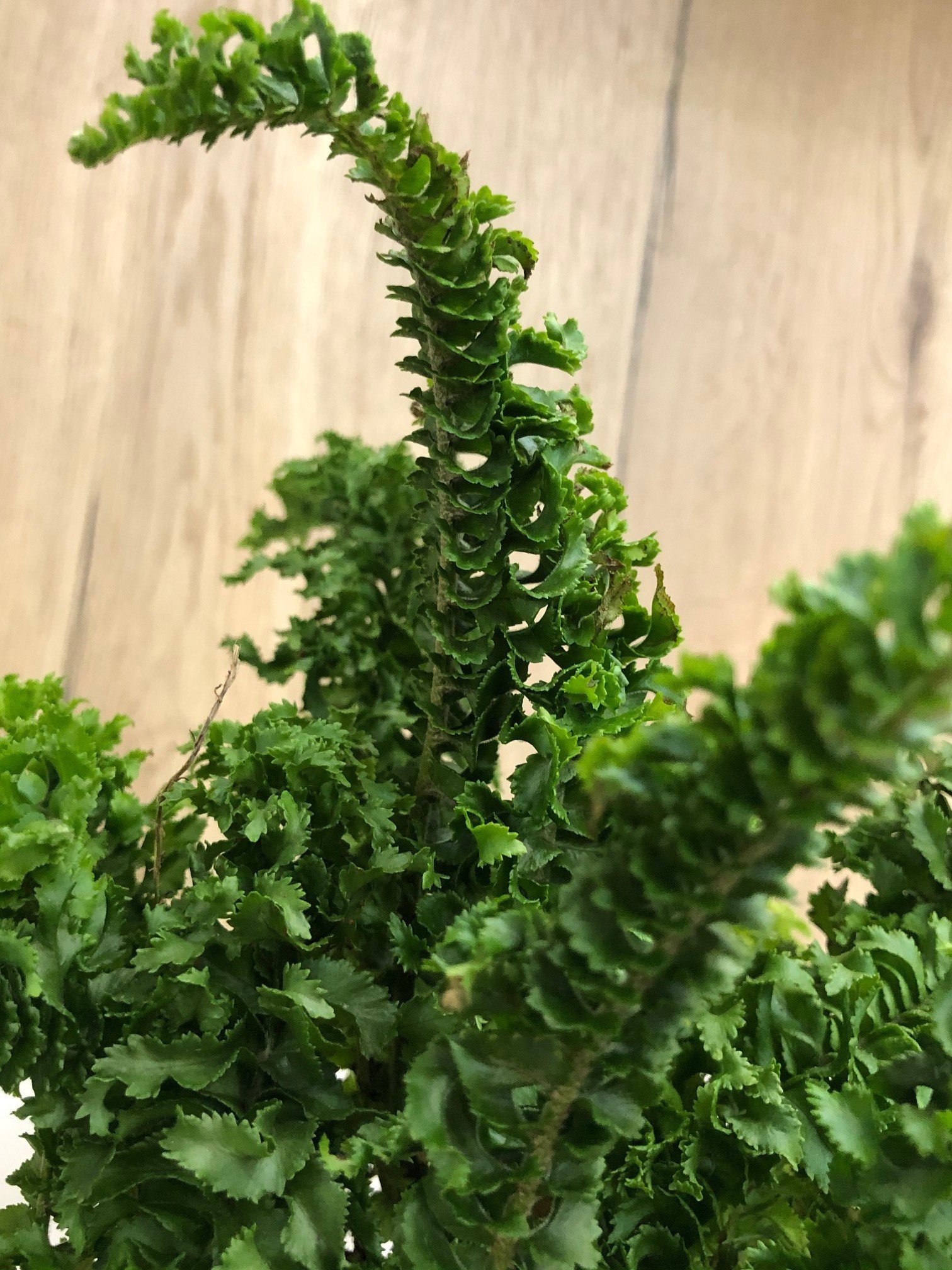 Despite a bright, indirect setting being the best location for a fern, shady spots around the house can also be tolerated due to the species' ability to endure reduced light levels. Direct sunlight for more than an hour a day must be avoided at all costs due to the high chance of under-watering and dehydration. If the majority of the foliage has become yellow and crispy, have a read in the 'Common Issues' section for more information.

Maintain good soil moisture at all times, allowing the soil's top layer to dry out in between waters. If possible, irrigate from the soil line by lifting the foliage from the side to access the bare soil that surrounds the pot perimeters. It's essential not to allow the central foliage to remain saturated, as rotten foliage is a severe threat that'll result in a naked base; the second image below illustrates this damage. Under-watering symptoms include crisping yellow leaves and stunted growth, commonly due to either forgetfulness or too much light/heat. Alternatively, over-watering symptoms include rapidly yellowing leaves at the base, frond or root rot. If yours is displaying these symptoms, reposition it to a brighter location and reduce irrigations slightly; you may have to check for root rot for more severe cases.

Never situate a Crinkle Fern in a location that boasts dry air (caused by nearby heaters), as the lack of airborne moisture will quickly lead to browning frond-tips. Create a humidity tray to provide a moist and stable environment for your plant. Hose the foliage down from time to time to hydrate the leaves and keep the dust levels down. Although a bathroom would be the best setting for the Crinkle Fern, be sure to provide good air circulation to reduce the chance of southern blight. 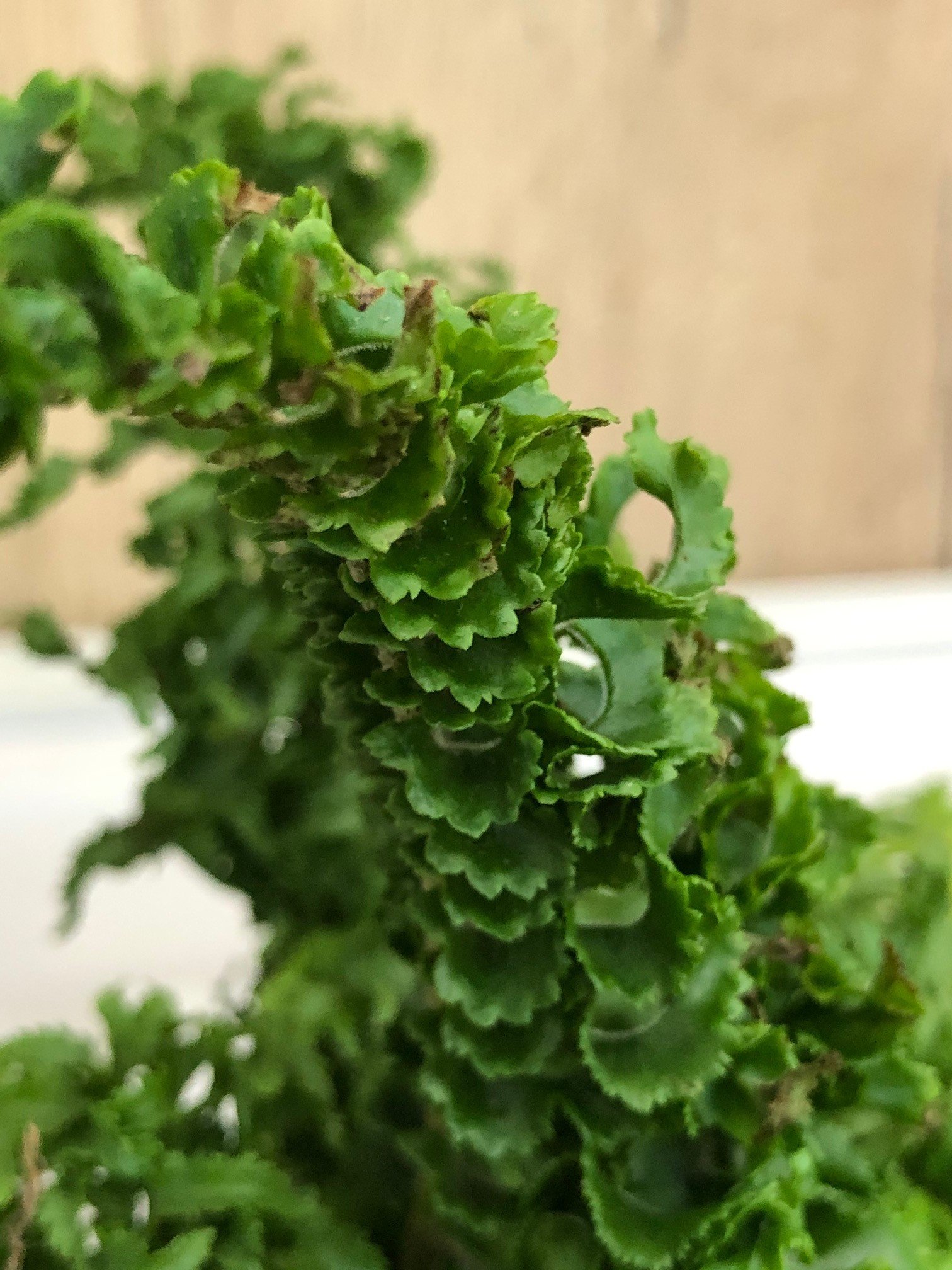 The intricate crinkles that are bristle-like to the touch. 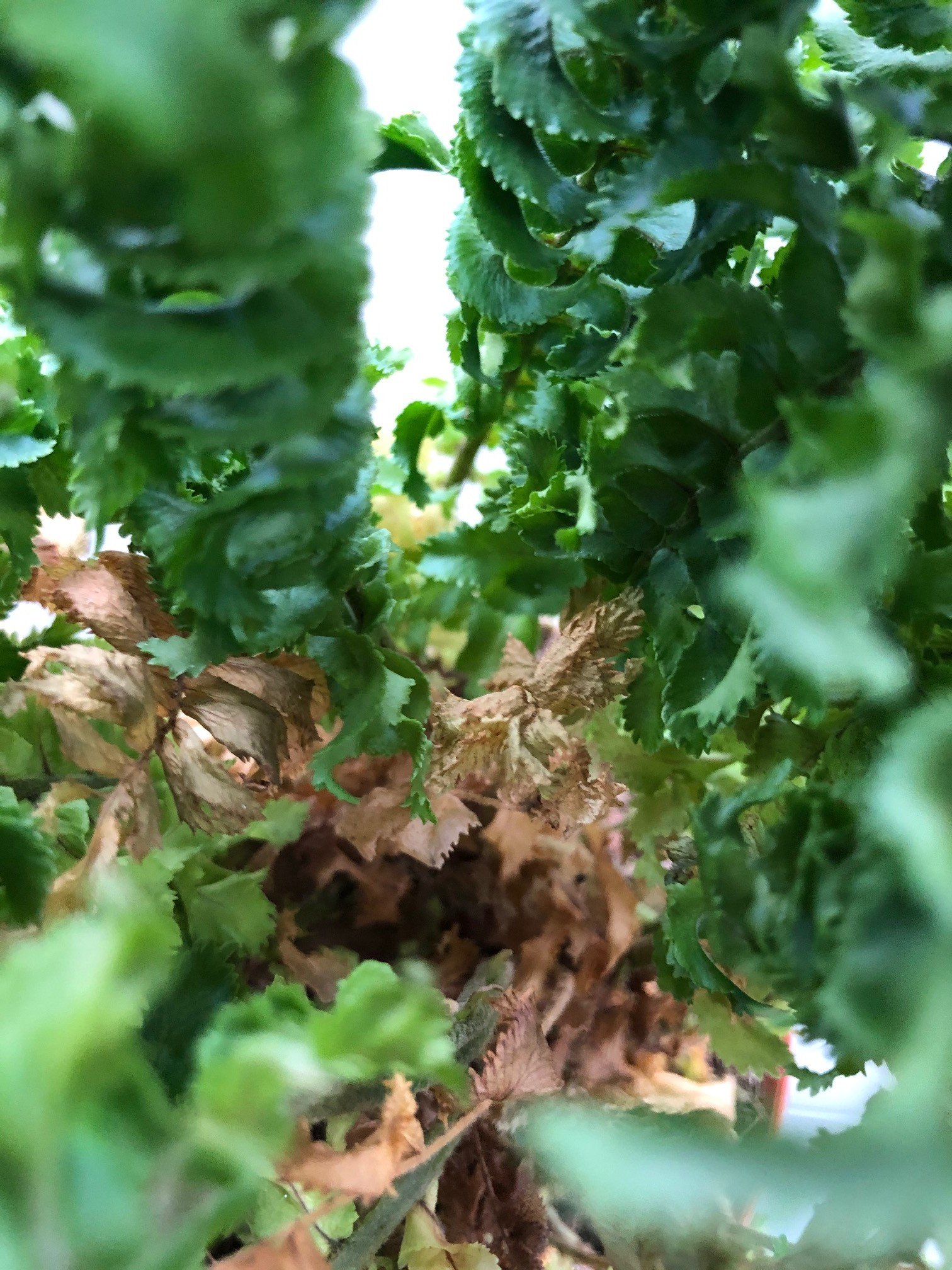 The biggest issue with Crinkle Ferns; a rotting centre due to excess moisture and poor air circulation in the crown.

Crinkle Ferns form part of Nephrolepis that holds forty-four species, all with origins around tropical America. Heinrich Schott first described the genus in 1834 during a trip to South America, where he classified many new plants including Peace Lilies, Dumb Canes & Elephant Ears (Alocasia). The name is derived from ancient Greek, with nephro translating to 'kidney' and lepis meaning 'scale' that refers to the protective skins of the spores beneath its fronds. 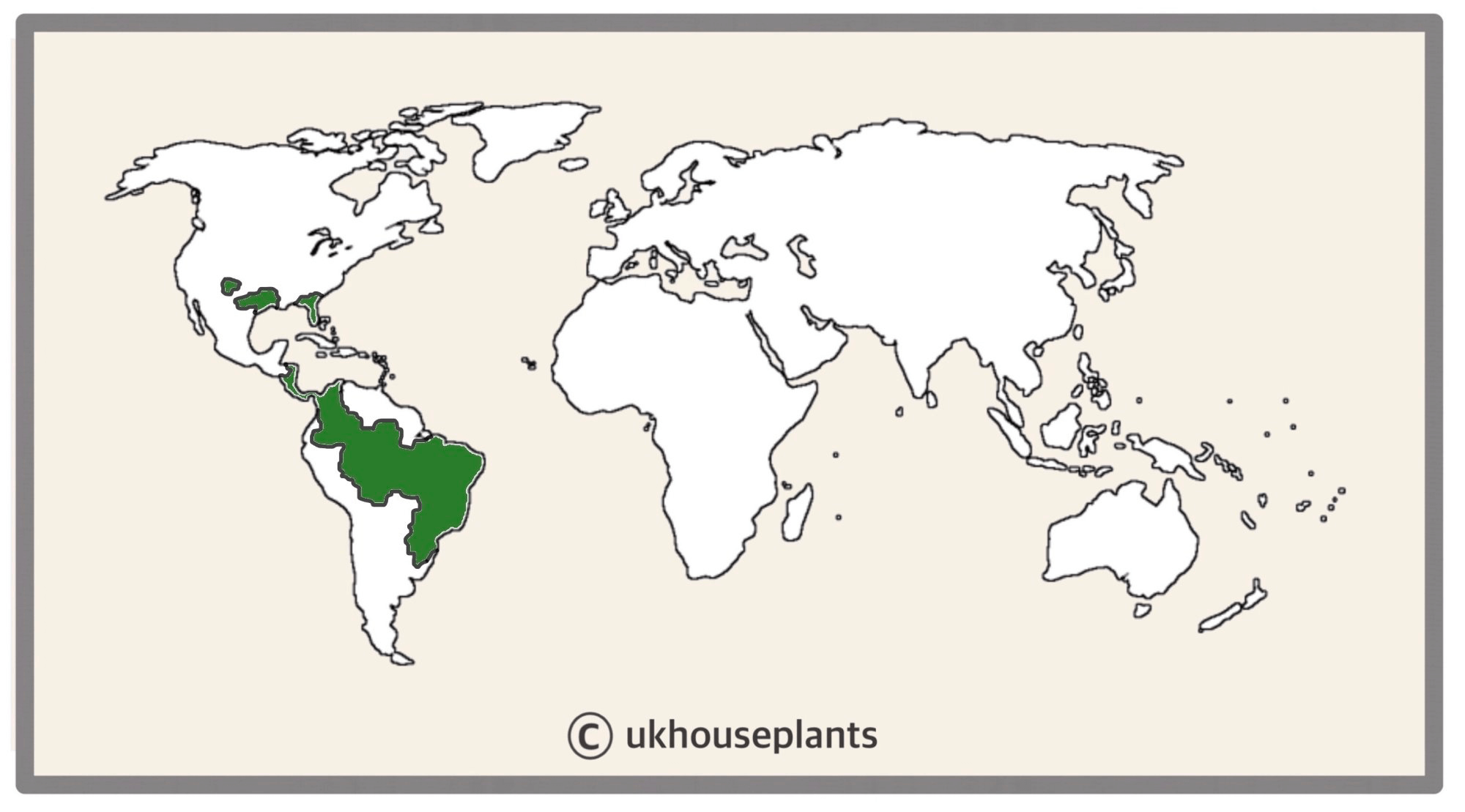 Over 0.7m in both height and width, with the ultimate height taking over ten years to achieve. Crinkle Ferns can be split into several plantlets during the spring; scroll down to 'Propagation' for more information.

There are several methods - spores, bulbils, offshoots or division.

Fern Bulbils (Moderate to Difficult) - Small, ball-shaped bulbils (root nodules) will develop several inches beneath the soil line towards the latter stages of summer, ready to be propagated in the following spring. To propagate, remove the plant from its pot and search for the grape-sized balls. Do not separate all of the bulbils as they contain vital water reserves for potential droughts. Once you've chosen good-sized specimens, remove the bulbils by trimming off the growths with an inch either side of the main artery. Be cautious not to damage any of the healthy roots as this may lead to transplant shock. Place them in a well-draining potting mix and maintain proper soil moisture. New shoots should appear several weeks later if propagation is successful. Always provide a moist, warm setting away from direct sunlight and pot-on as necessary, following the care-tips provided above after its second frond develops.

Keep an eye out for mealybugs, aphids, spider mites, scale, thrips, blackfly, vine weevils & root mealybugs that'll locate themselves in the cubbyholes and undersides of the leaves, with the exception of the latter two in the soil. Common diseases associated with Crinkle Ferns are root rot, leaf-spot disease, botrytis, rust, powdery mildew & southern blight - click here to learn more about these issues.