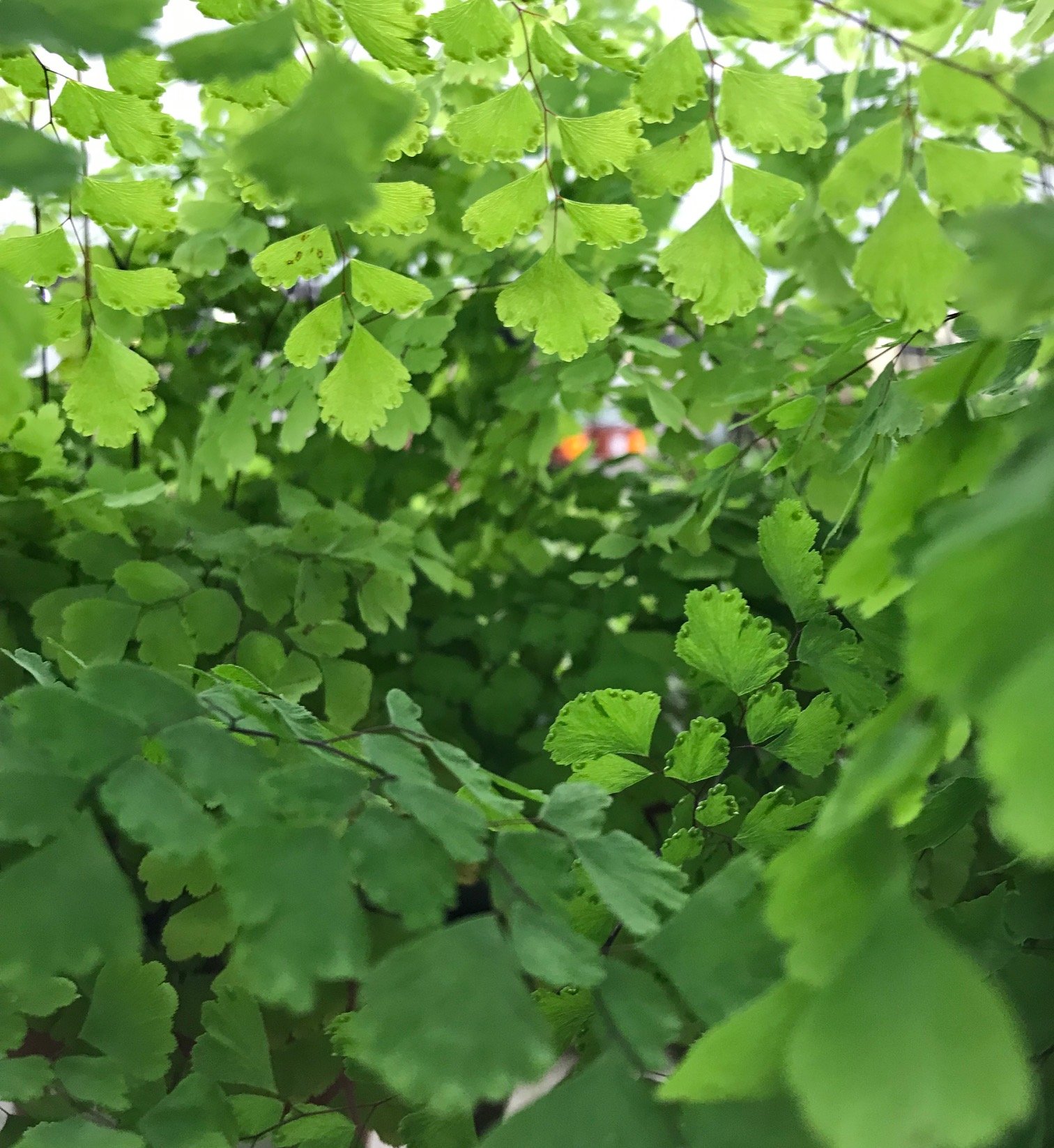 Perfecting the amount of light a Maidenhair Fern receives is crucial for a long-lasting specimen. During the spring and summer, be sure to provide a brightly lit spot away from any direct light. Excessive exposure during this time will negatively affect the plant in the likes of sun-scorch and dehydration. Once the autumn kicks in, be sure to include an hour or two of direct light per day to get it through the dormancy period, lasting until the following spring.

During the spring and summer, allow the soil's top third to dry out in between irrigations, reducing this further in the colder months. Persistent under-watering or direct sunlight will cause greying of leaves and crisping foliage that could easily spell the end for juvenile specimens. Under-watering symptoms include yellowing, browning or crispy leaves - these issues are usually due to a fault with its environment or cultivation - possibly down to forgetfulness, too much sunlight or heat. Over-watering symptoms include root rot, yellow/brown splodgy leaves closest to the soil and stem collapse. Although almost all ferns are fantastic with shady spots, they can easily suffer from root rot if kept in moisture for long periods. If you have noticed that the older, smaller fronds are starting to yellow and rot off, click on the link below to learn about combat over-watering and more specifically, root rot. 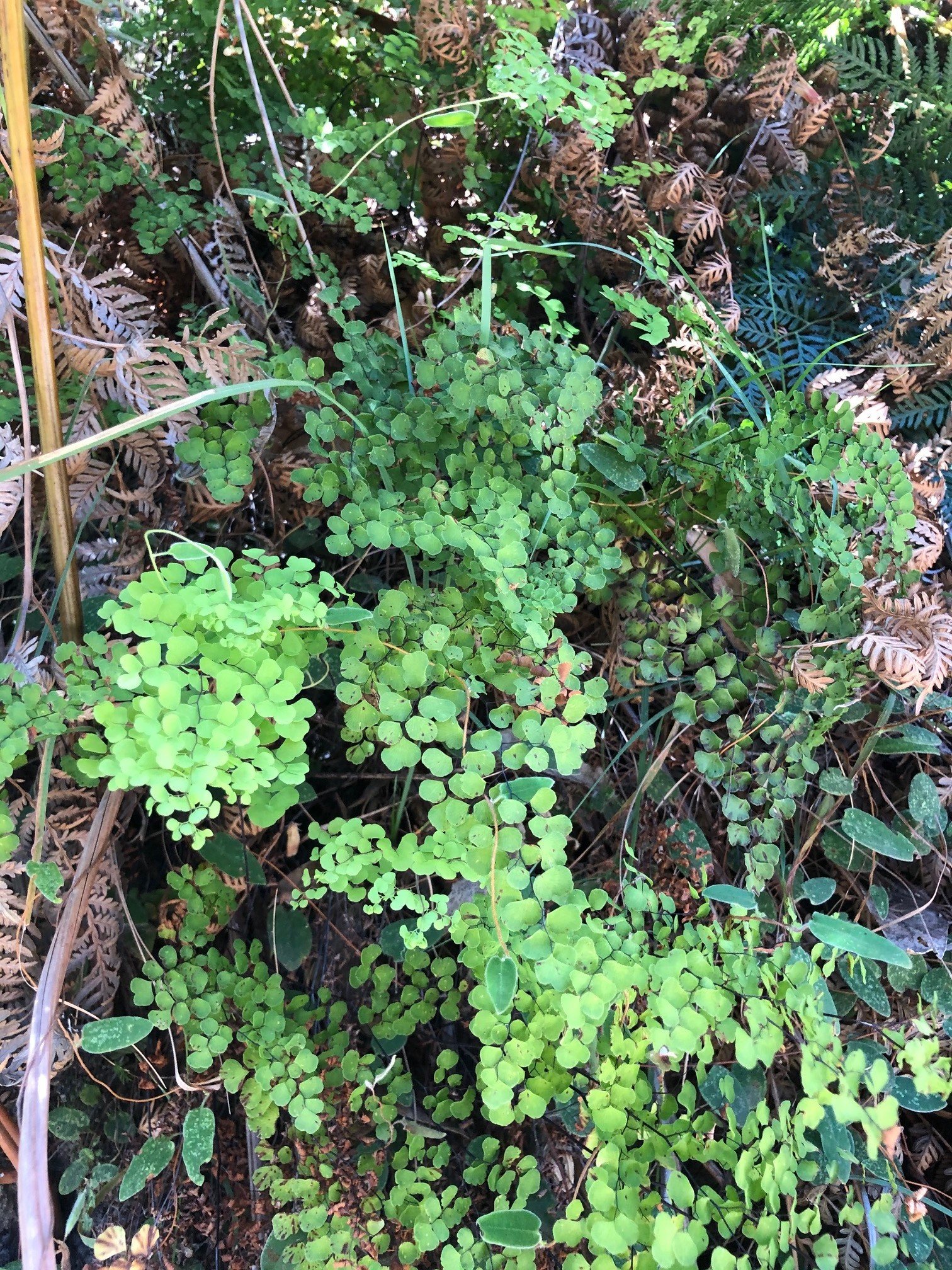 In the wild, you'll frequently see Maidenhair Ferns thriving near to rivers or other water-sources. The A. aethiopicum pictured here is in Adelaide, Australia. 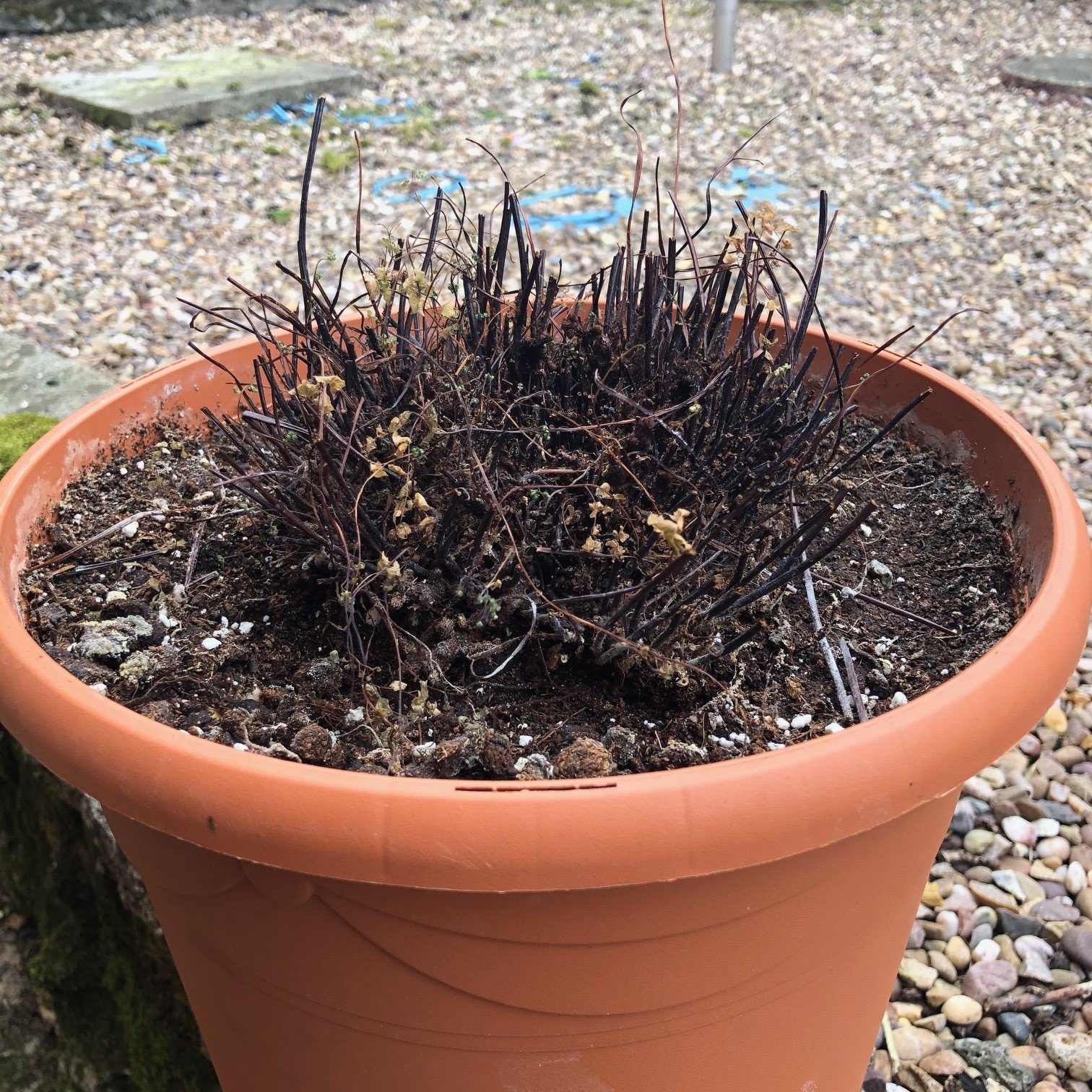 Pruning back a dehydrated a Maidenhair Fern is an effective way to promote better juvenile growth.

A dark location (shelves, etc.) will promote the fern to develop small or no juvenile leaves, giving the impression of 'leggy' or naked growth. The length between the nodes will also dramatically become larger, harvesting less energy that can be converted into sortable sugars. Be sure to increase the amount of indirect light somewhat, and give the specimen a gentle supplement of 'Houseplant' labelled feed to help with its stored energy.

Never allow temperatures to dip below 8ºC (46ºF) as irreversible damage will occur in the likes of blackened foliage and weak health. When this happens, remove the severely affected areas and immediately improve growing conditions - never cut through softened yellow or brown growth. As rehabilitation can take several months because of its slow-growing nature, be sure to provide a stable location with better growing conditions to speed this process.

Adiantum consists of 250 species spanning across six continents. The word, Adiantum, means 'unwetted' in Greek, referring to their ability to shed water without becoming saturated. The Maidenhair Fern has had a wealth of European uses since it was discovered in the 18th century by Carl Linnaeus, including medicinal shampoo, hair restorers and even snakebite applicants!

The two most common Maidenhair Ferns, the A. capillus-veneris & A. raddianum, sport the typical thin, feathery leaves that are formed at the stipe terminals. Their distribution of nativity is complex and diverse. 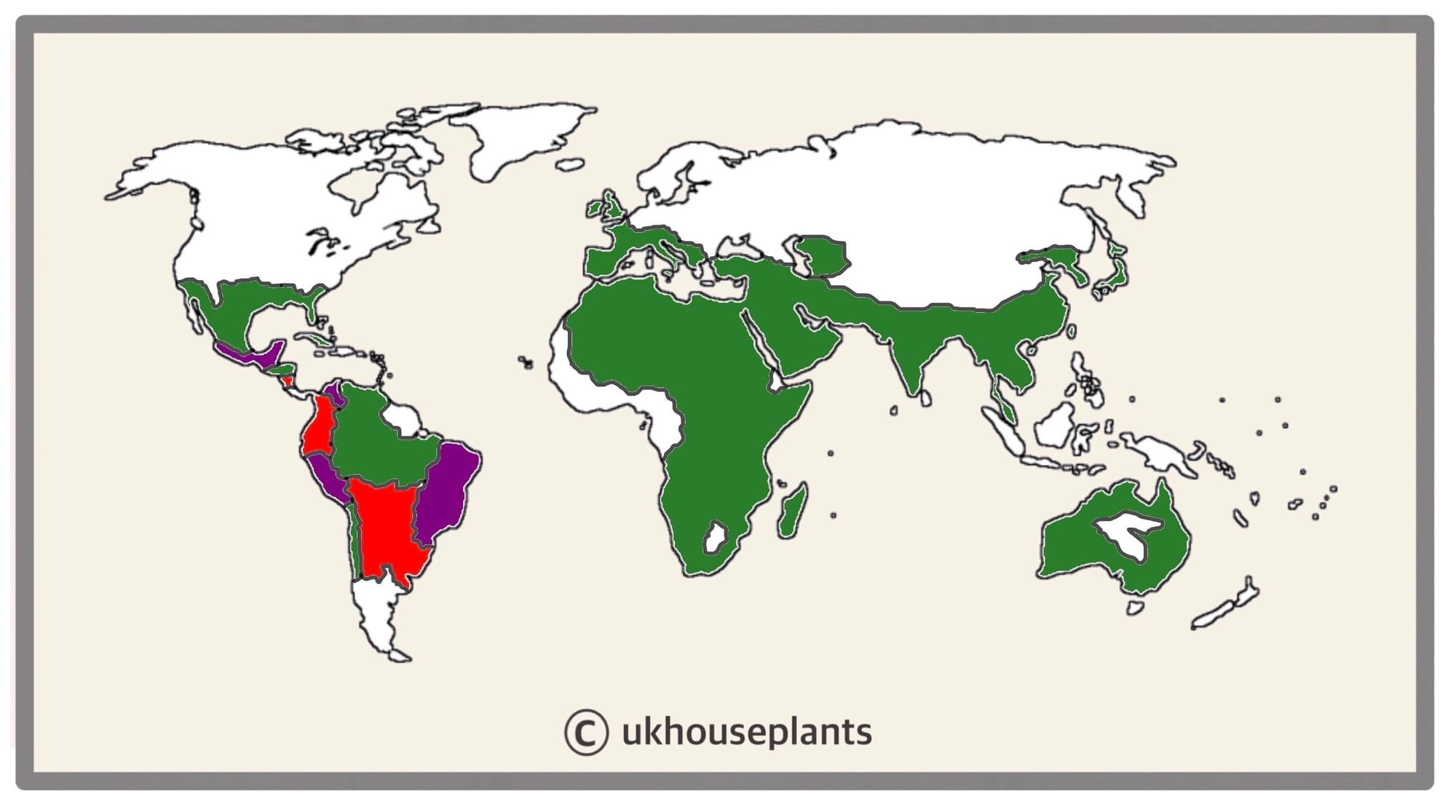 The Distribution of A. capillus-veneris in Green,  A. raddianum in Red & both in Purple.

Up to 0.8m in both height and width, with the ultimate height taking between 5 - 8 years to achieve.

Spores - You may have noticed little brown spots under the leaves - those are reproductive spores that can be propagated in the same way as seeds, once matured. These zygotes will develop on the under-leaves of each frond; you'll know when they're ready to be propagated, as they'll brown over and begin to crisp.

Rhizomatous Offshoot Division (Easy) - Your plant will produce several basal offsets that can be separated once they have a sufficient root system, and surpass 8cm in frond length. If possible, water the soil 24hrs before the main event to reduce the risk of transplant shock, when its dry root systems are over-fingered. Take the plant out of its pot and place your fingers close to the nodal junction - soil may have to be removed for better access. Push the chosen offset downwards until you hear a snap. Separate the foliage and its root system away from the mother plant, mentally noting the high risk of damage. Transplant in the appropriate sized pot with a fresh batch of 'Houseplant' compost. Maintain evenly moist soil and situate it in a bright, indirect location away from any direct sunlight. After ten weeks, treat it like a healthy specimen, following the care tips above!

Keep an eye out for mealybugs, aphids, spider mites, blackfly & root mealybugs that'll locate themselves in the cubbyholes and undersides of the leaves, with the exception of the latter in soil. Common diseases associated with Maidenhair Ferns are root rot, leaf-spot disease, botrytis, rust, powdery mildew & southern blight - click here to learn more about these issues.