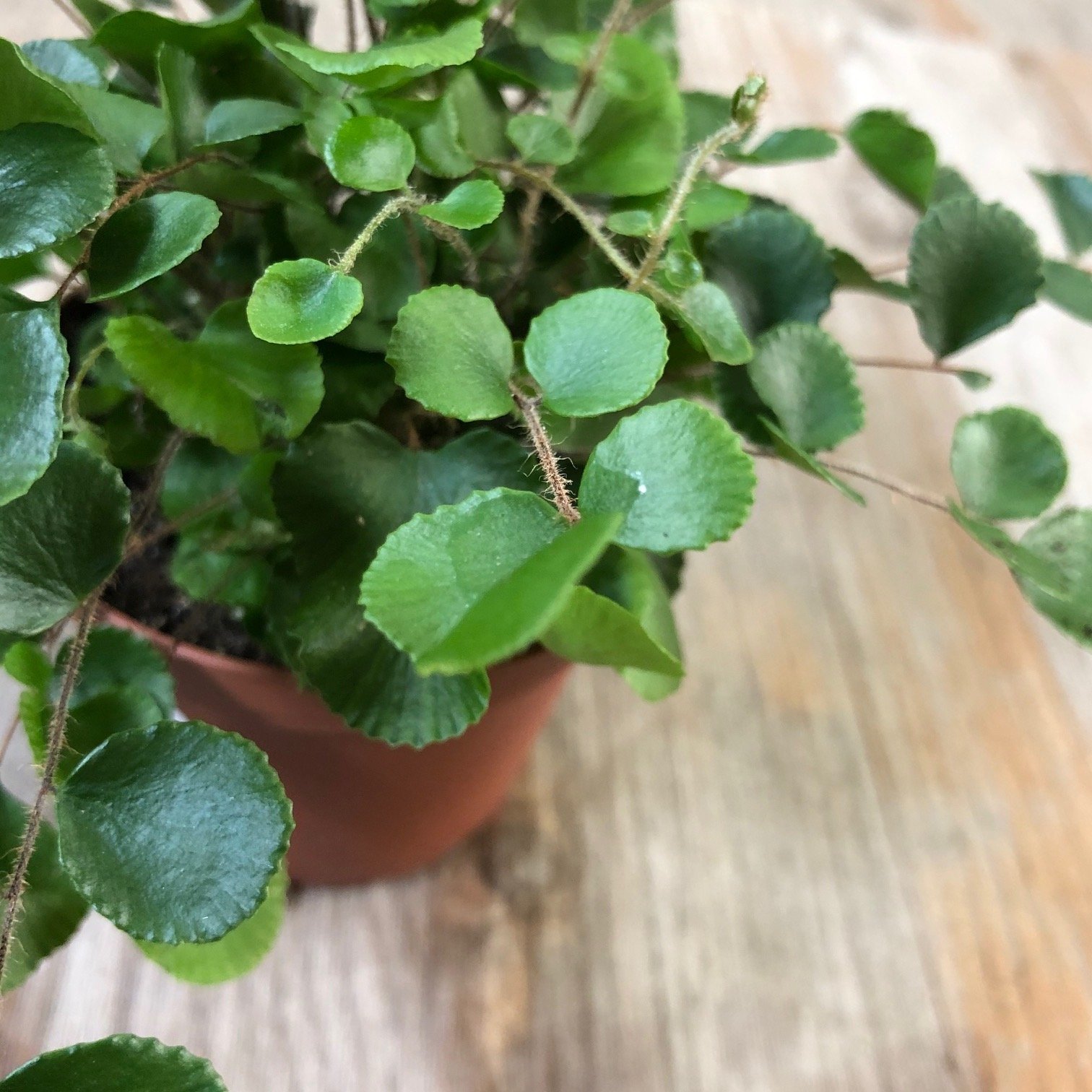 Provide evenly moist soil, allowing the soil's top third to dry out in between irrigations. Do not, under any circumstances, promote periods of droughts due to the species' reduced ability to endure dehydration. Symptoms of under-watering include crispy or greying of leaves, little to no growth and brown patches forming on the fronds. Since the foliage has a bluish-grey tinge, under-watering symptoms are typically masked until it's too late. Scroll down to 'Common Issues' for more information on dehydration. Over-watering symptoms include yellowed fronds, rotten rhizomes and a general decline in health. These issues are commonly the product of too little heat or light, water-logging or an overly-large pot used during the repotting process.

Moderate to high humidity should be at the forefront of a Button Ferns. Introducing a pebble tray will not only keep the leaf-tips from browning over, but it'll also slow the risk of drying soil and potential dehydration. A gentle monthly hose-down in the shower will also benefit the specimen, as it'll hydrate the leaves and reduce dust particles resting on its foliage.

When any fern is severely dehydrated, most of its fronds will yellow/brown and crisp-up - leaving you with a naked plant. Although it may spell the end of juvenile plantlets, there may still be light at the end of the tunnel for more established specimens. Keep the soil continually moist, providing a good level of indirect light and temperatures above 15°C  (59°F).  After a few weeks, new life will form in the nodal junctions in the plant's centre, signalling the start of its recovery process. For the prevention of dry air, be sure to introduce a humidity tray for higher levels of atmospheric moisture around the foliage. Not only will this ease the specimen back into healthy functioning life, but it'll also reduce the rate of transpiration (water-loss in the leaves), and therefore downplay the risk of dehydration and further decline. 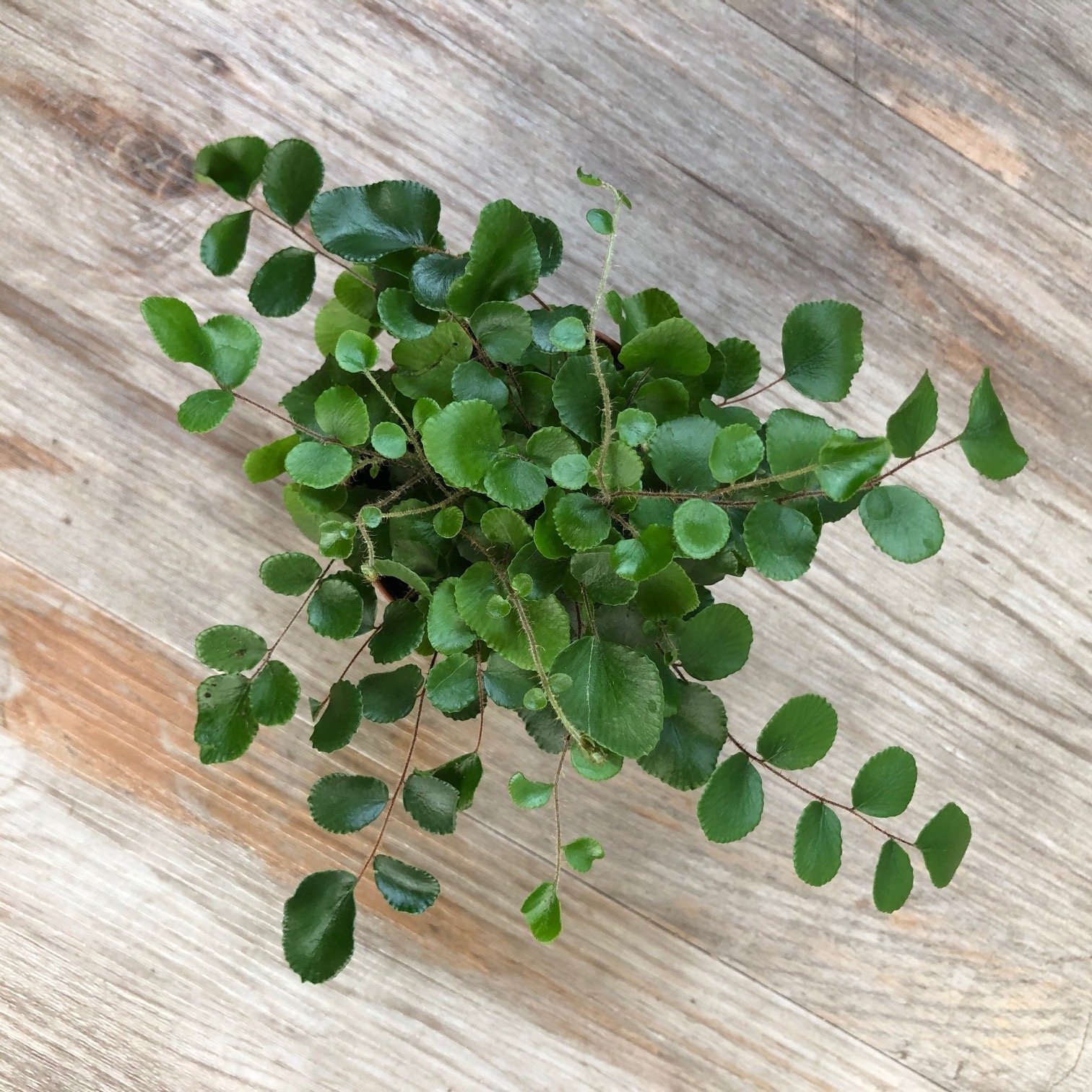 Button Ferns are hard to purchase in the UK; however, Morrison's may sell the species from time to time in their indoor plant section for around £1.

Button Ferns were first documented by Johann Georg Adam Forster in the second half of the 18th century, during a trip to the Pacific Islands with Captain James Cook. Pellaea can be translated from Latin to mean 'dark foliage', whereas rotundifolia refers to the rounded individual leaf. 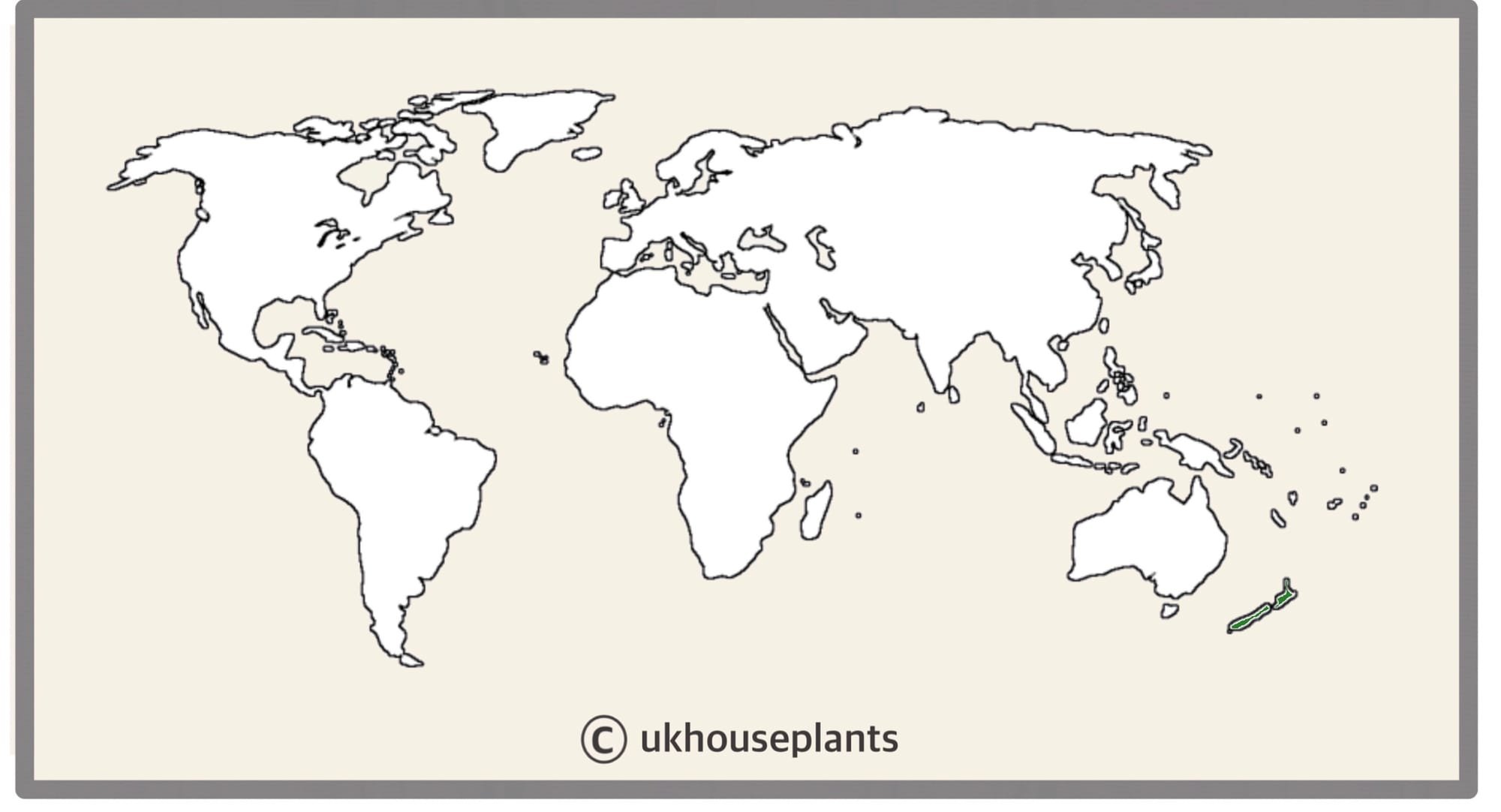 The Distribution of Button Ferns.