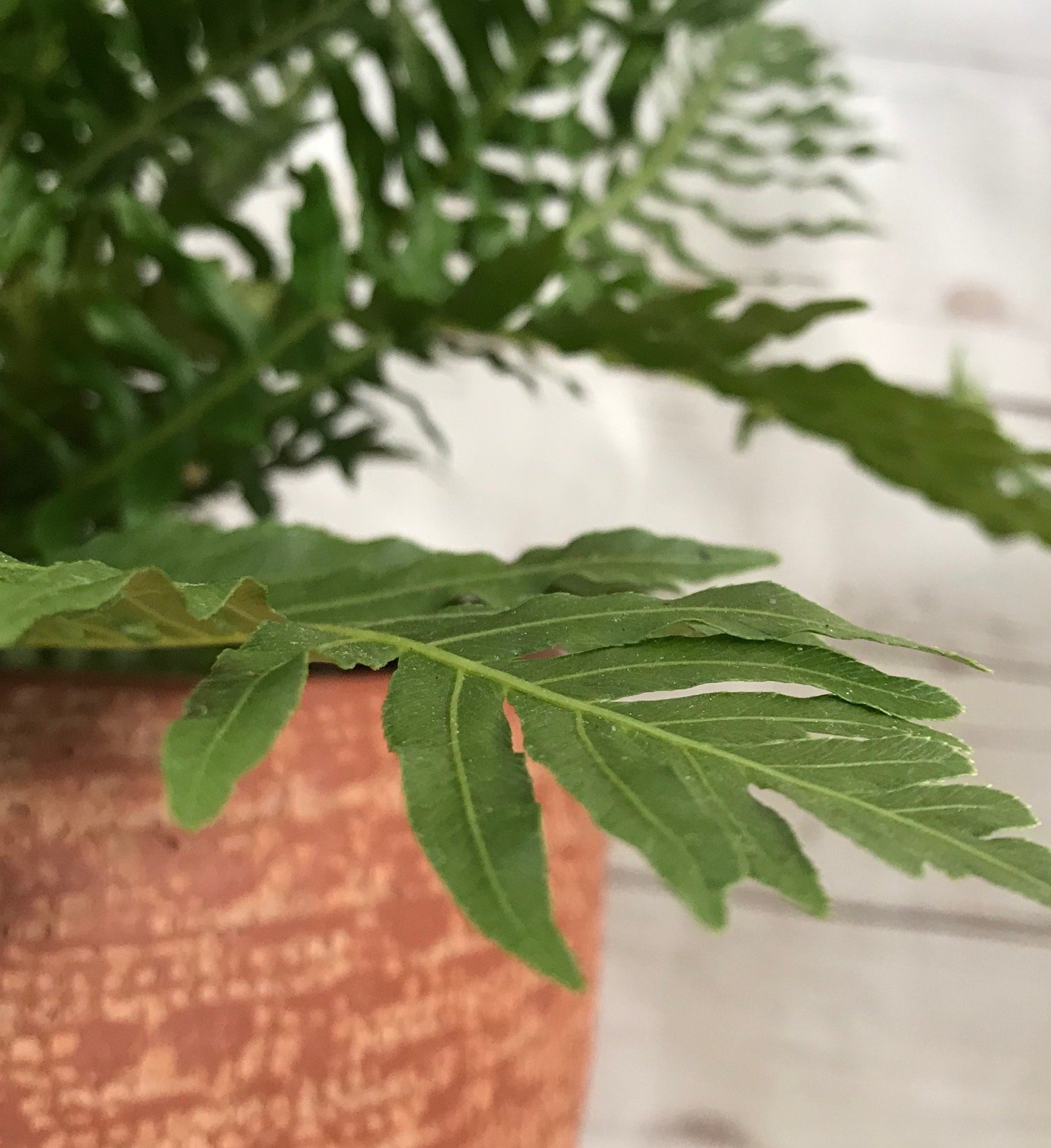 (Some sources state that the species was reclassified as Oceaniopteris gibba in 2016; however, this isn't an accepted name according to Kew Science).

We'd recommend locating your Silver lady Fern in a location that promotes good levels of indirect light and humidity. The ideal site would be within two metres of a north or east-facing window, along with the light being able to penetrate the compost to alleviate the risk of soil mould.  Prolonged exposure of the sun's rays will result in severe dehydration and bleaching, and for information regarding the rejuvenation of crispy specimens, scroll down to the "Common Issues' section now!

Allow the soil's top third to dry out in between irrigations, reducing this slightly further in the autumn and winter. Do not, under any circumstances, promote periods of droughts due to the species' reduced ability to endure dehydration. Symptoms of under-watering include crispy or greying of leaves, little to no growth and brown patches forming on the fronds. Since the foliage has a bluish-grey tinge, under-watering symptoms are typically masked until it's too late. Over-watering symptoms include yellowed fronds, rotten rhizomes and a general decline in health. These issues are commonly the product of too little heat or light, waterlogging or an overly-large pot used during the repotting process.

Moderate to high humidity should be at the forefront of a Silver Lady Fern. Introducing a pebble tray will not only keep the leaf-tips from browning over, but it'll also slow the risk of drying soil and potential dehydration. A gentle monthly hose-down in the shower will also benefit the specimen, as it'll hydrate the leaves and reduce dust particles resting on its foliage. 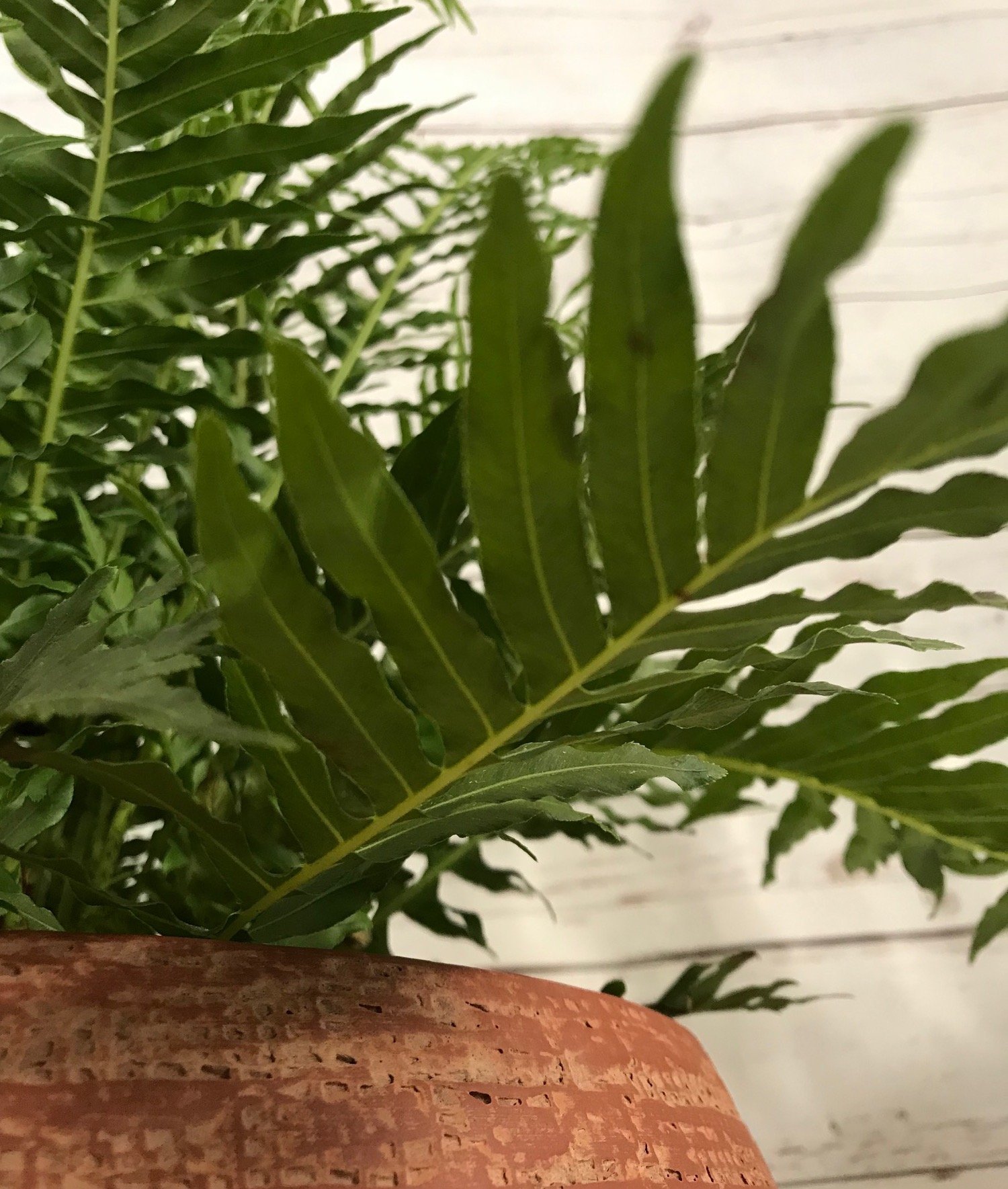 Blechnum 'Silver Lady' Ferns are popular among growers due to their easy-natured care requirements. Some garden centres will stock them over the course of the year, but can be purchased online for a relatively cheap price.

Jacques-Julien Houtou de La Billardière first described the species in the late 18th century, classifying it under the genus of Blechnum, first penned by Carl Linnaeus. 'Blechnum' comes from the Greek word, blēchnon, whereas the specific epithet of 'gibbum' or 'gibba' refers to the hunched arch of mature fronds in the wild. In 2016, Gasper & Salino reclassified the species into Oceaniopteris, which is a group of ferns predominantly grown around the Pacific islands of easter Australia. Kew Science subsequently declined the move, and the species was reverted back to Blechnum shortly after. 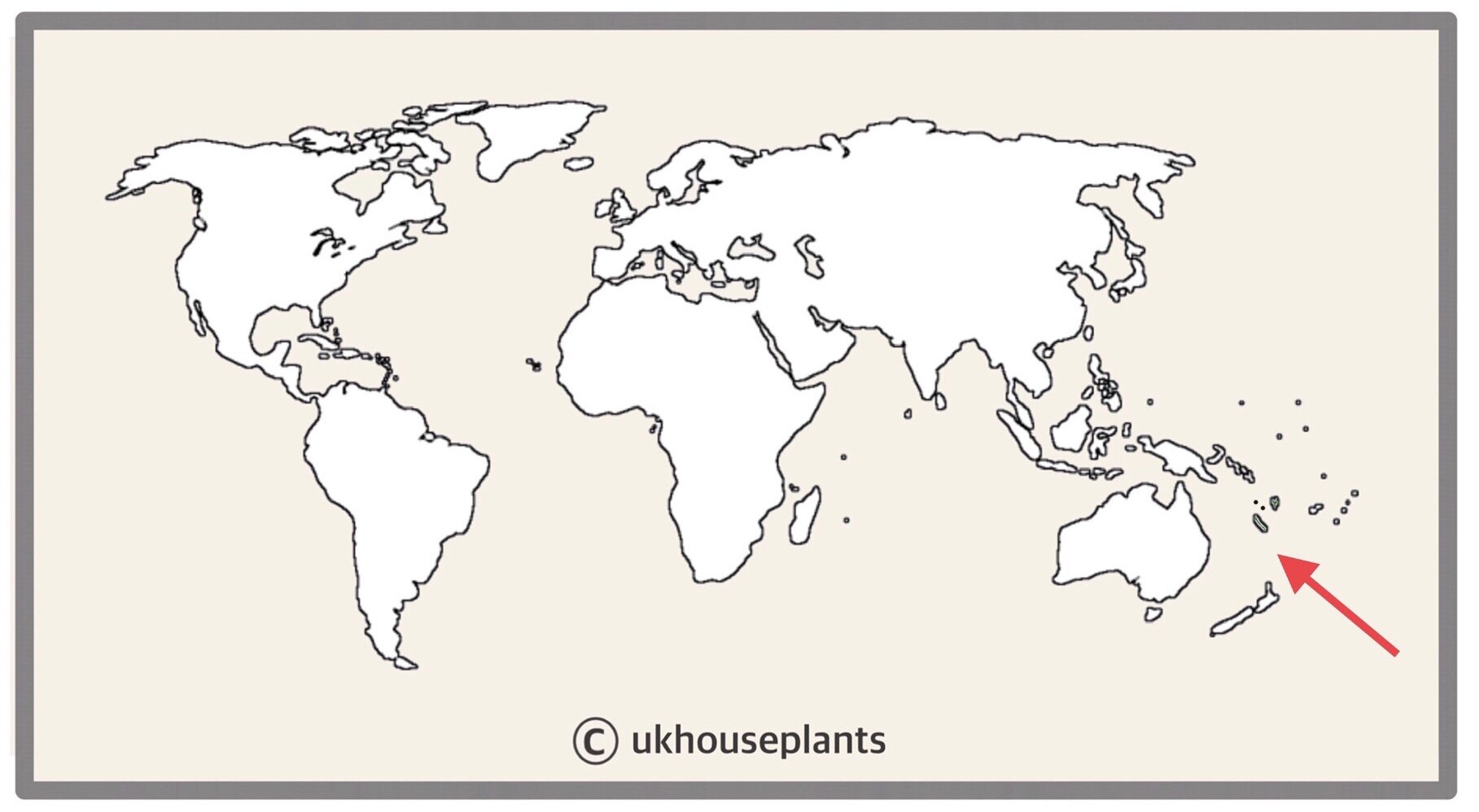 The Distribution of Blechnum gibbum.

Up to 0.8m in height and 1m in width. The ultimate height will take between 5 - 8 years to achieve, with several new fronds being developed each season.

Division (Easy) - The best time to divide is during the repotting period. Gently tease away some of the soil, separating a basal offset from the mother plant's base which has a good root system and amount of fronds. Place the separated plantlet in a moist, 'Houseplant' labelled potting mix and avoid direct sunlight with prolonged droughts. Although this method is quite easy, be mindful of transplant shock and do not perform this method if the plant is displaying signs of stress. Always moisten the soil 24hrs before repotting or division to avoid shocking the root systems.