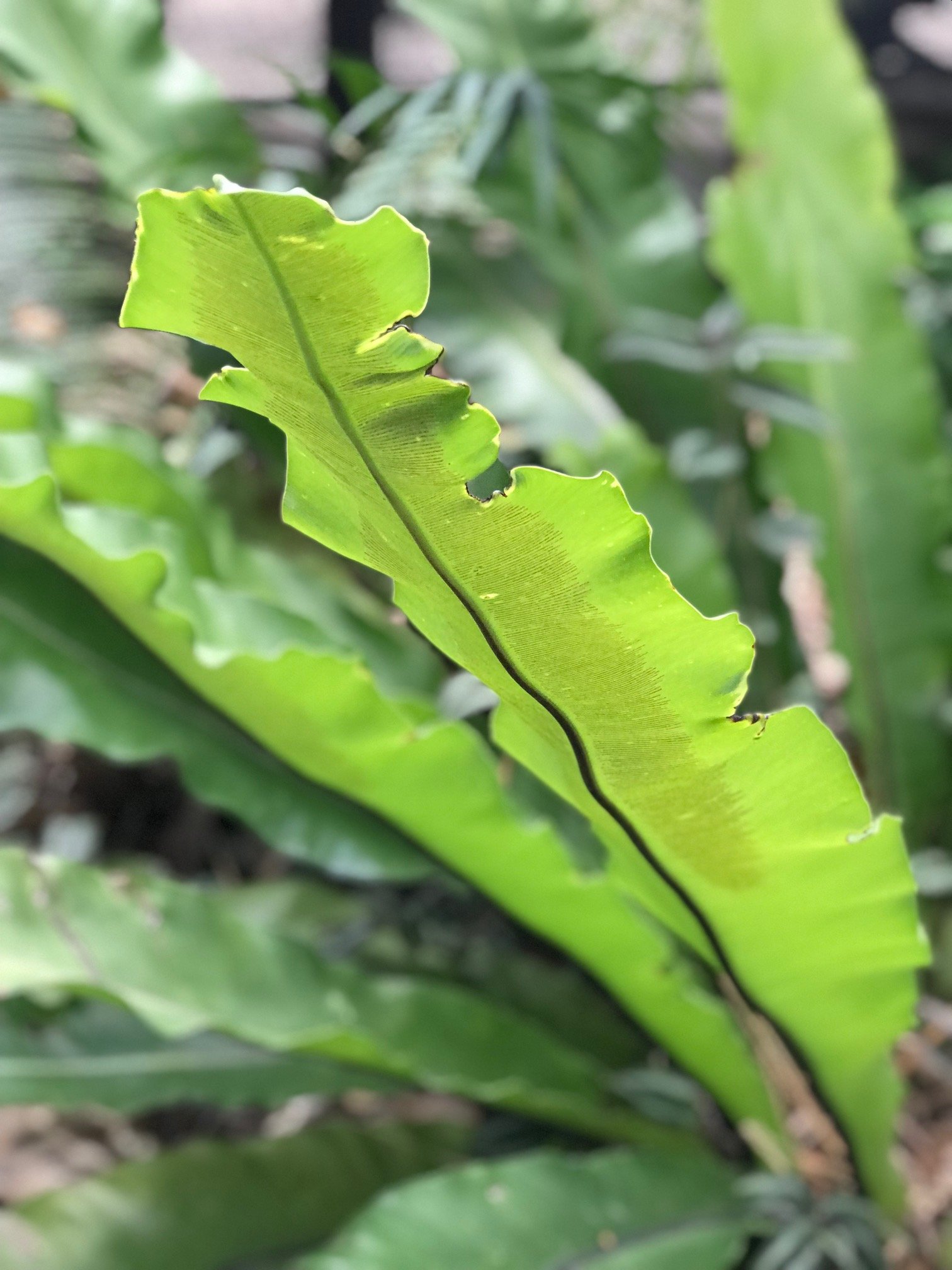 Perfecting the amount of light a Bird's Nest Fern receives is crucial for a long-lasting specimen. During the spring and summer, be sure to provide a brightly lit spot away from any direct light. Excessive exposure during this time will negatively affect the plant in the likes of sun-scorch and dehydration. Once the autumn kicks in, be sure to include an hour or two of direct light per day to get it through the dormancy period, lasting until the following spring.

Provide good soil moisture, allowing the top third to dry out in between waters throughout the year. The amount of light and current season of the year will directly govern the frequencies of waters per month. Specimens placed in darker areas must be kept on the drier side to life, whereas brighter locations will require more soil moisture to lubricate photosynthesis. Under-watering symptoms include wilting, greying of leaves, little to no growth, distorted or crispy growth and foliage decline. These issues are commonly due to too much light or heat, forgetfulness or a much needed repot. Over-watering symptoms include wilting, yellowing leaves, soil mould, leaf spots and a rotten crown, which are typically caused by too little light, a too water-retentive soil, over-watering and low temperatures.

Average room humidity is best as over-misting and poor air circulation may cause the development of powdery mildew or botrytis. At monthly intervals, perform a gentle hose-down to hydrate its leaves and reduce the number of dust particles on its foliage, avoiding the risk of excess moisture settling on its foliage. 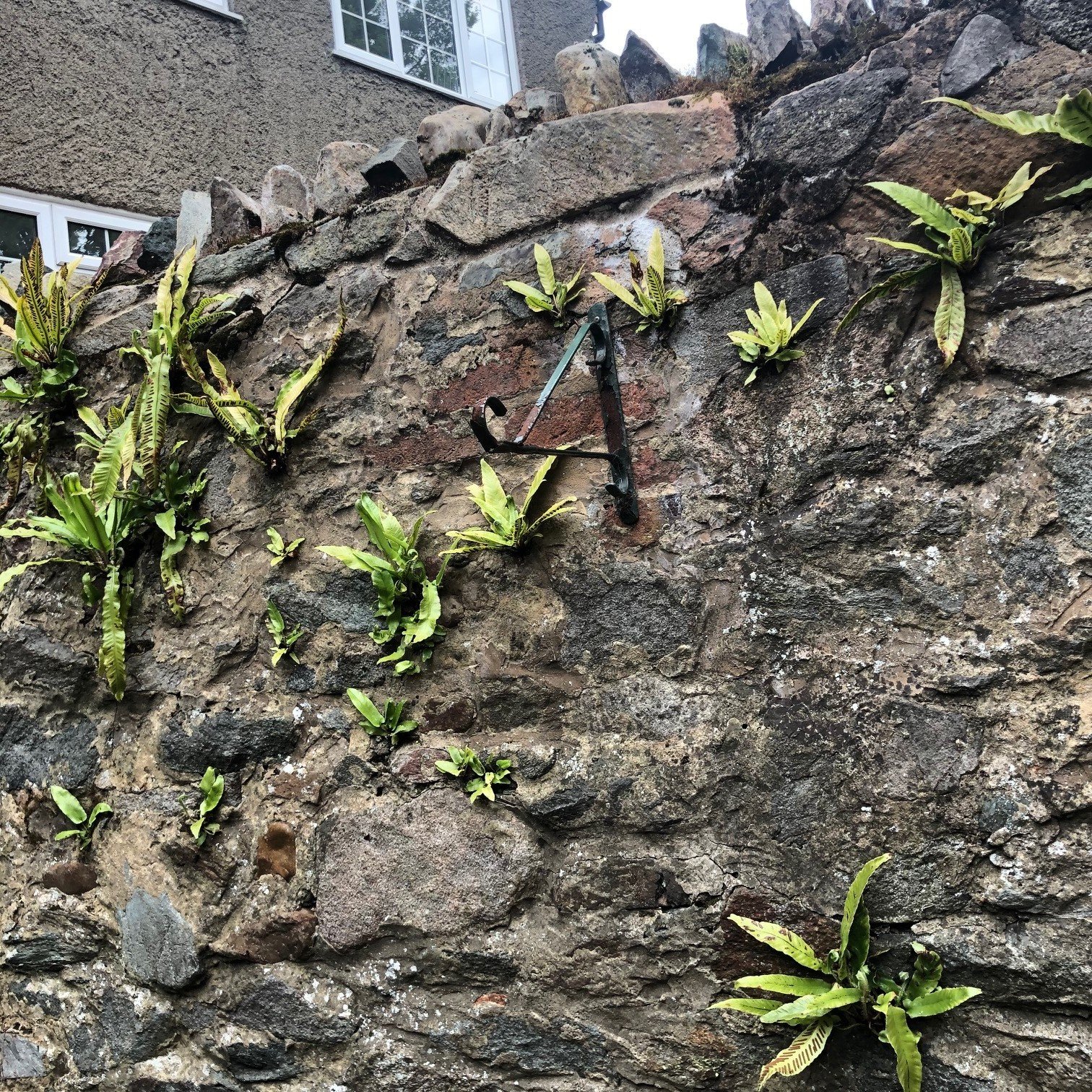 Due to their epiphytic nature, Asplenium are renowned for growing in the most unusual of locations, including the walls of houses, split stones & abandoned cars!

Curled leaves and brown leaf-edges are the result of too little water and over-exposure to the sun. They are best located in bright, indirect settings, and those that haven't acclimatised to the harsh rays will show signs of sun-scorch and environmental shock. A splash of winter sunlight is acceptable as long as the soil moisture is regularly observed, with complete avoidance once summer comes along.

A rotten core is usually accompanied by an array of collapsing leaves that can emit a foul odour over time. The usual culprits of this issue are excess of water in between hydrations either on the foliage or in the soil, too little light or a lack of drainage holes. Unfortunately for these ferns, this can, and often will lead to death. This is because the plant's body is harboured just below the soil line, with short rhizomes acting like its stem. If this plant part begins to rot, it's similar to a collapsed or rotten stem which will spell the end of its life. 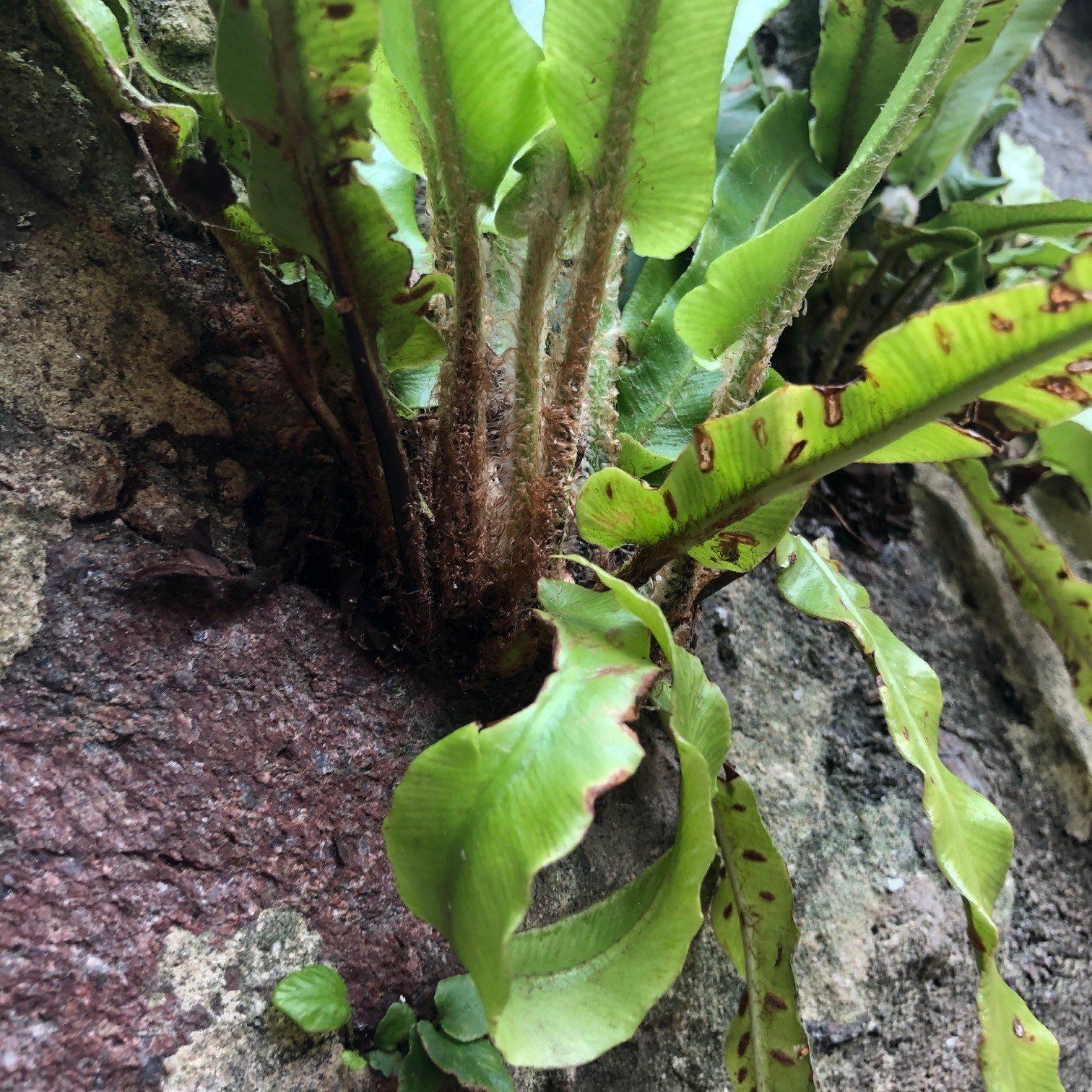 Pictured is a three year old specimen that has been developing along a stone wall from an airborne spore.

There are over seven hundred species of Asplenium, most of which have natural distributions in Asia, Australia and eastern Africa. The genus comes from the Spleenwort family and can be translated to 'spleen herb' from Ancient Greek. The most popular and recognisable Bird's Nest Fern, the A. nidus, has had multiple human uses over the years, from treating asthma to halitosis, but now serves mainly as a houseplant or a weed on walls around the world.

The genus was first described by Carl Linnaeus in 1753, with the most popular species, A. nidus, following soon after. Its name can be translated from Latin, referring to the 'nest-like' attributes of its foliage. 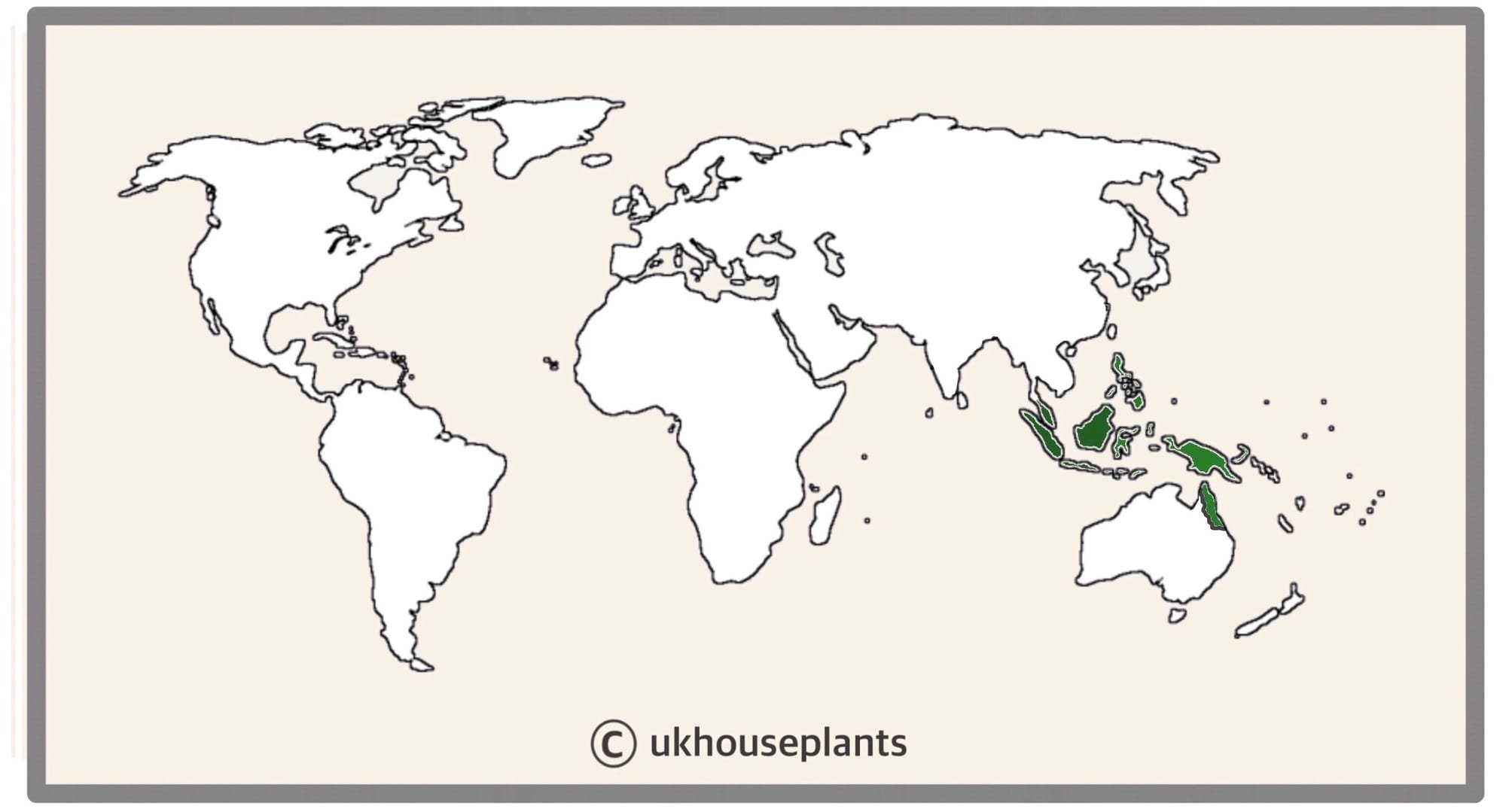 The Distribution of Asplenium nidus

12° - 26℃   (56° - 85℉)
H1b  (Hardiness Zone 12)  - Can be grown outdoors during the summer in a sheltered location with temperatures above 12℃  (54℉),  but is fine to remain indoors, too. If you decide to bring this plant outdoors, don't allow it to endure any direct sunlight as it may result in sun-scorch and dehydration. Regularly keep an eye out for pests, especially when re-introducing it back indoors. 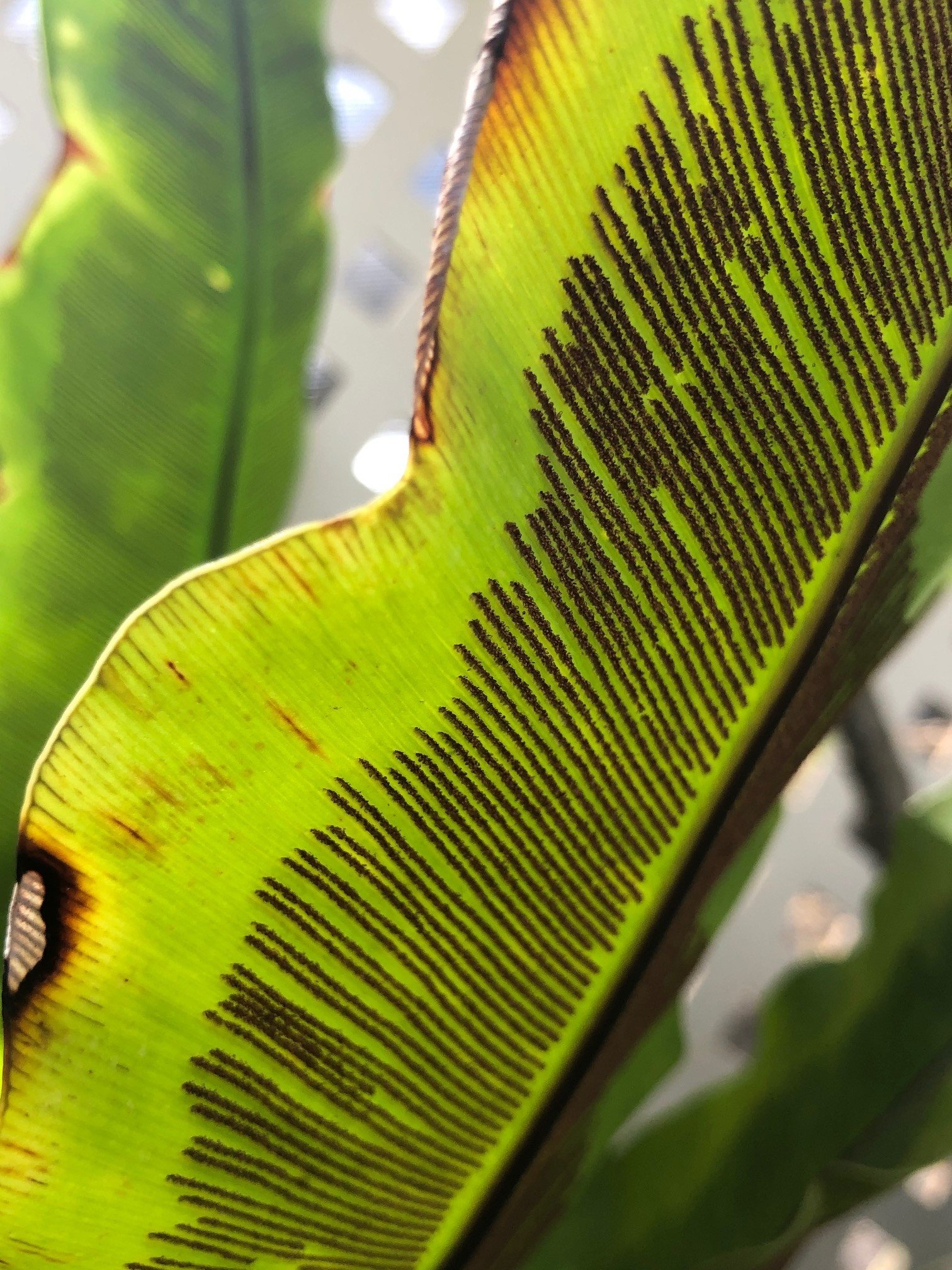 Bird's Nest Ferns will not flower or produce seeds, and instead produce microscopic spores on the under-leaves which could eventually develop into its own plant. Have a look at the section above for more information on propagation.

Keep an eye out for mealybugs, spider mites, scale, thrips, vine weevils & root mealybugs that'll locate themselves in the cubbyholes and undersides of the leaves, with the exception of the latter two in the soil. Common diseases associated with Bird's Nest Ferns are root rot, rhizoctonia, leaf-spot disease, botrytis, rust, powdery mildew & southern blight - click here to learn more about these issues.