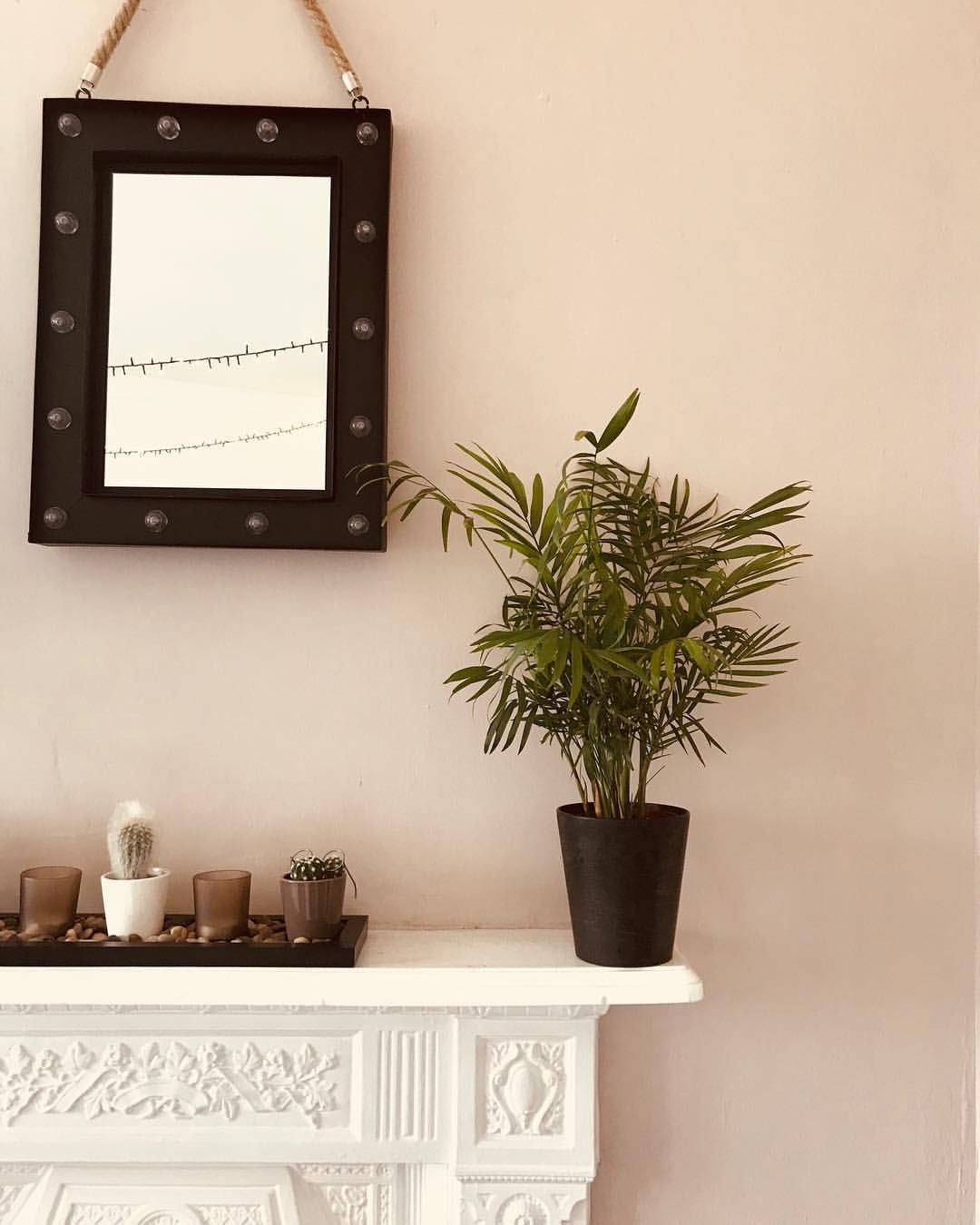 Most positions around the house will be tolerated, as long as they don't receive intense sunlight throughout the day. If your specimen displays a 'washed out' appearance, this most likely is due to a mixture of too much sunlight and not enough water, especially if it has dried leaf-tips.

The best environment for this palm is in a semi-heated conservatory (minimal sunlight), within two metres of a north-facing window, or two metres away from an east, south or west-facing window.

For those who are forgetful waterers, this species of palm is the one for you. Apart from its easy-care nature, they have the ability to withstand short lived droughts and partial neglect. Watering from the top is best, using either lukewarm tap water or fresh bottled water for best results. Keep the soil evenly moist, allowing the top third of the soil to dry out. Under-watering symptoms include yellow or pale-looking fronds, little to no growth, brown crispy new growth and gradual decline. If your Parlour Palm is situated in a sun-filled position (unadvised), only let around the top quarter of the soil dry out in between waterings. Over-watering symptoms include yellowed leaves, little to no growth and death; these issues are usually due to a lack of heat or sunlight, being over-potted, an incorrect soil type or waterlogging. Root rot is pretty standard for all palms, but it does seem to be less common with this species.

Parlour Palms love a humid spot, so introducing a pebble tray whilst the heaters are operating will ensure adequate moisture around its foliage. An under-humid location will cause the leaf-tips to dry and brown over - an issue that tends to worsen in the height of winter.

Always keep the palm at least four metres from an operating heat source due to the negative effects it has on transpiration and therefore leaf hydration.

Feed twice a month during the growing period, and monthly for the rest of the year using a houseplant labelled fertiliser. Never apply a 'ready to use’ product into the soil without a pre-water first, as it may burn the roots and lead to yellowed leaves.

Yellowing lower leaves (closest to soil) are a clear sign of over-watering, usually caused by too little light. Although Parlour Palms can do well in darker locations, the frequency of irrigations must be reduced to counteract the chance of root rot. People don't realise that a plant's root system needs access to oxygen too; when soil is watered, the air will travel upwards and out of the potting mix. A lack of accessible oxygen for the roots will cause them to subsequently breakdown over the oncoming days. Click on this link to learn more about root rot and how to address it, and always feel the pot's weight for confirmation (heaviness = good soil moisture, & vice versa).

Chamaedorea consist of around 107 species, all originating from rainforests between South Mexico and northern Honduras. The genus can be translated from Greek with chamai and dorea meaning 'ground' and 'gifts' that refers to the easy-reaching fruits. The C. elegans was first formally described in 1830 by Carl von Martius, whereas the second most popular species, the C. seifrizii was named after German/American botanist, William Seifriz, by in 1905. 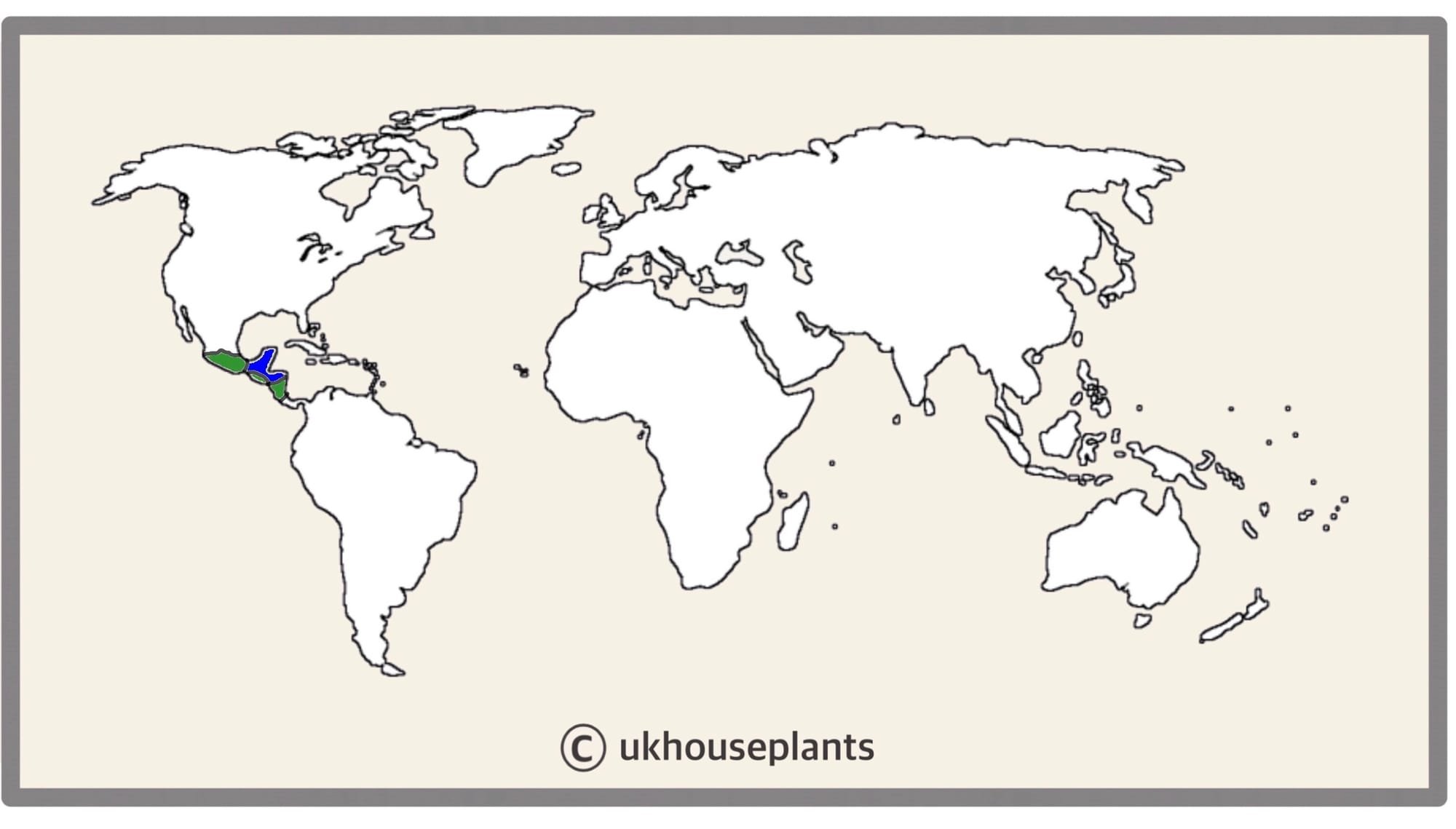 C. elegans - 1m in height and 0.8m in width; its overall height will be reached between 5 - 10 years, with three new fronds per season.

C. seifrizii - 3m in height and 0.8 in width; its overall height will be reached between 8 - 15 years, with one or two new fronds per season. 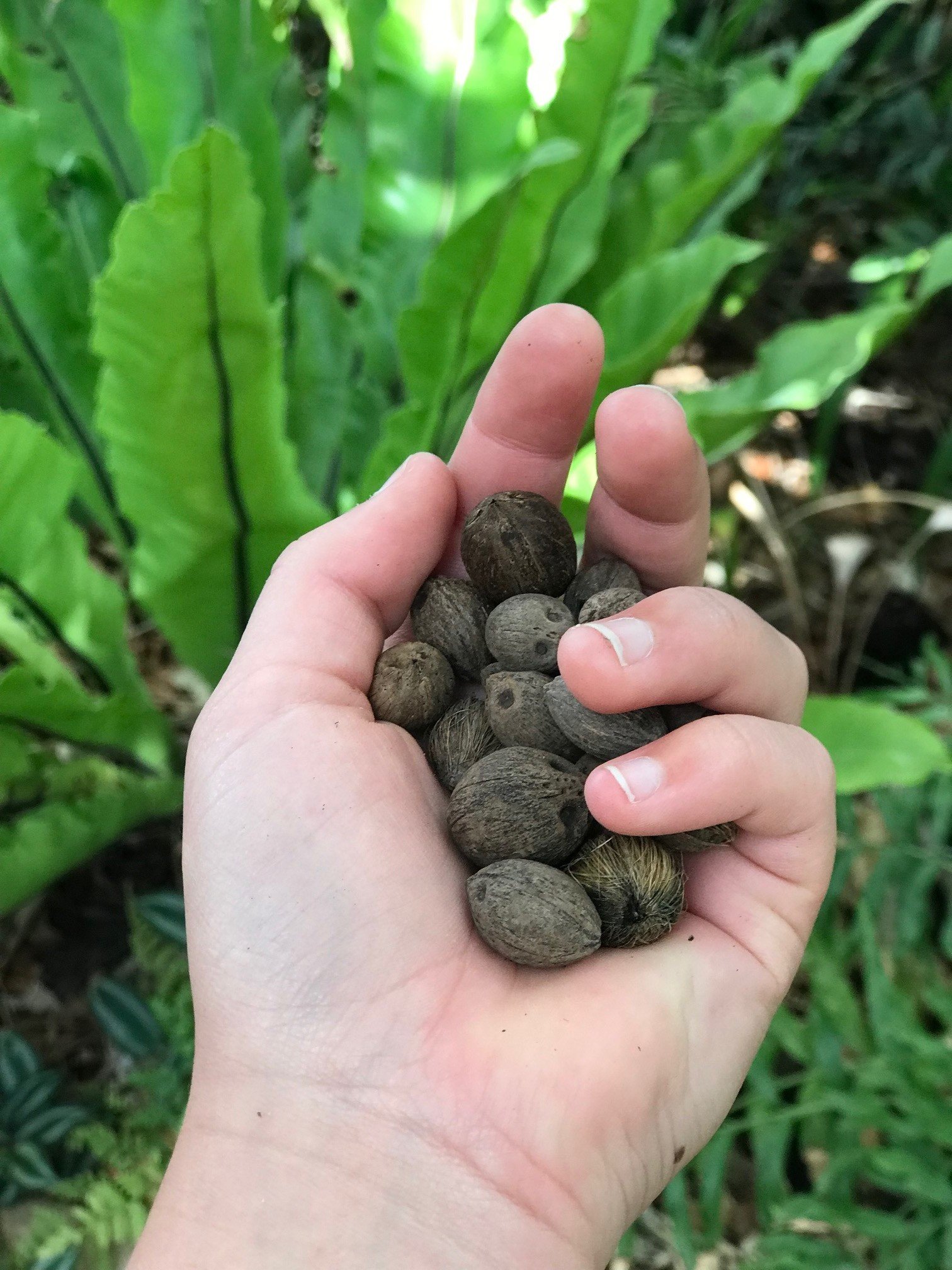 Seeds (Easy to Moderate) - Soak the seeds in lukewarm water for around 24hrs in a dark location, preferably on top of an operating radiator. The best soil to use is a Houseplant-labelled potting mix, however, multipurpose compost with added perlite and sand is just as good. Set the seeds around an inch into the potting mix, resisting the temptation to compact the soil. Maintain evenly moist soil and allow the excess water to freely drain from the pot's base to prevent water-logged conditions. The ideal location for successful germination is in a bright, indirect setting with temperatures above 18℃  (64℉) with bottom-heat. Keep the pot in a transparent bag to provide a stable level of humidity, along with longer lasting soil moisture. Germination may take up to a six months, so don't discard any unsuccessful seeds until this threshold has been surpassed. Remove the bag once the seedlings produces its second leaf. Remove the bag once the seedlings produces its second leaf and then split them up into their own 3cm pots.

Division (Easy) - The best time to divide is during the repotting period in the spring or summer. For the prevention of transplant shock (common with heavy-handed transplants), water the plant 24hrs before the main event. Gently tease away some of the soil, separating a few lateral growths with healthy root systems. Do not touch, or over-finger the roots as the small hairs are very sensitive and may cause death in some instances. Place the plantlet into a moist 'Houseplant Compost' and avoid direct sunlight with prolonged droughts for best results.

Small clusters of white flowers will appear once the plant reaches maturity. Despite the plant's body being non toxic, the berries that'll develop shortly after can be highly poisonous if eaten. On the bright side, its seeds resemble miniature coconuts that can be sown in springtime.

Repot biannually in the spring using a houseplant-labelled and the next sized pot with adequate drainage. Hydrate the plant 24hrs before the tinkering with the roots to prevent the risk of transplant shock. For those that are situated in a darker location, add a thin layer of small grit in the pot's base to improve drainage and downplay over-watering. Click here for a detailed step-by-step guide on transplantation, or via this link to learn about repotting with root rot.

Keep an eye out for mealybugs, spider mite, scale, thrips & whitefly that'll locate themselves in the cubbyholes and undersides of the leaves. Common diseases associated with Parlour Palms are root rot, red leaf-spot, botrytis & southern blight - click here to learn more about these issues.