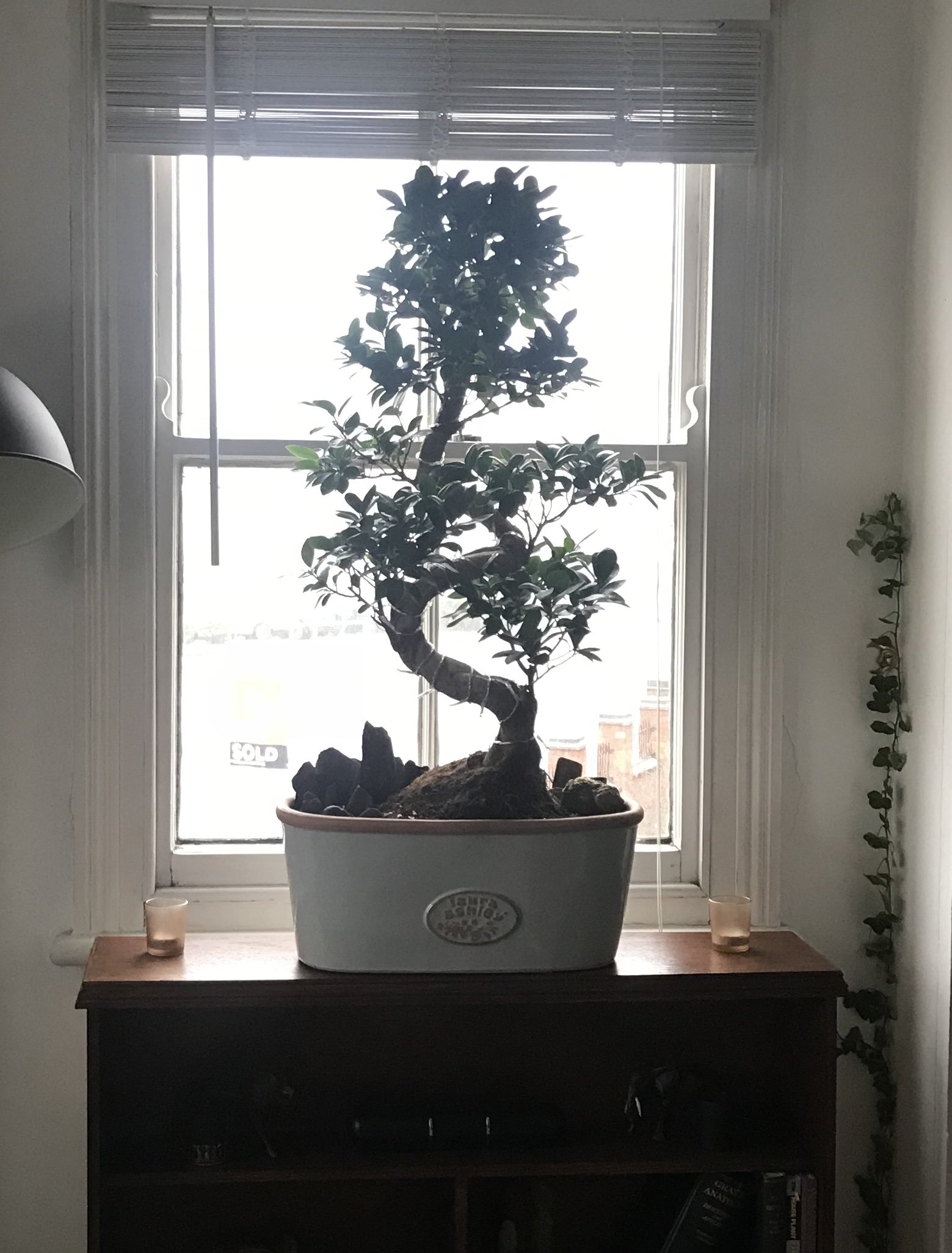 Bright exposure to a small splash of morning or evening sunlight is very beneficial for a Ficus Bonsai. It will never truly thrive in a location that offers poor lighting; if it's too dark to read a newspaper, it'll also be too shady for the Bonsai. For those who are rather forgetful with their watering habits, we'd recommend situating your specimen in a location that offers bright, indirect light with temperatures around 18℃ (64℉) for optimum growth. Avoid more than two hours of direct sun per day, especially in the height of summer.

During spring and summer, maintain good soil moisture by only allowing the top third dry out in between irrigations; reduce this further during the colder months to replicate its dormancy period. One word to mention is that those situated in darker locations must be watered far less than those located in brighter ones to reduce the chance of root rot. Furthermore, never pour cold water directly into the soil as the root systems are susceptible to temperature change, which can subsequently result in lower leaf-loss. If you decide to use tap water, allow it to stand for at least 24hrs to allow the fluoride to evaporate; large quantities could build up in the soil, damaging both the roots and the overall health of the plant. Under-watering symptoms include stunted growth, dry spots appearing on the leaves and yellowing older leaves - these issues are either due to an over-crowded pot, too much light or forgetfulness. Over-watering symptoms include yellowing lower leaves, brown mushy patches developing in the stems and mouldy soil. For cases of root rot, be sure to click on this link.

Specimens exposed to humidity levels around 90 - 100% are more likely to develop aerial roots that'll eventually reach the soil line for additional moist-retention and stability. This isn't just highly beneficial for the Bonsai, but it'll also improve the overall aesthetic of the woodiness itself!

Supplement twice a month during the growing period, and monthly in the autumn & winter. Although a 'houseplant' feed will still do the job, we'd recommend using a specific Bonsai-labelled fertiliser as it'll support the vital thirteen nutrients that this species will need to grow.

Lower leaf-loss is a common and significant issue among gardeners. This unfortunate phenomenon could be a product of several different problems, most notably being dark locations, water-related abuse or environmental shock. Introduce the plant to a more well-lit area with a splash of off-peak sunlight; if caught in time, the leaf-loss should stop within a week. If you feel that you're watering habits aren't up to scratch, familiarise yourself with our care tips provided at the top of this article. It's always best to under-water Ficus Bonsai than over-do it, purely on its poor ability to endure continued sogginess. The final culprit could be down to a sudden relocation; if you've recently purchased the specimen, the chances are it is still acclimatising to the new environment. Although this shouldn't happen, a vastly different setting will cause sudden foliage-loss and stunted growth. You'll have two options of either waiting it out or presenting a more Ficus-friendly environment, mentioned in the 'Location & Light' section. For more advice regarding this matter, don't hesitate in commenting in the section below for a response.

Root rot is another common issue with specimens sat in too moist or waterlogged soil for long periods. Symptoms include rapidly yellowing leaves, stunted growth and a rotten brown base. Take the plant out of the pot and inspect health below the soil line. If the roots sport a yellow tinge, you're good to go, but if they're brown and mushy, action must be taken immediately. More information about addressing root rot can be found on this link.

Yellowing lower leaves (closest to soil) are a clear sign of over-watering, usually caused by too little light. Although Ficus Bonsai can just about do well in a shaded environment, the frequency of irrigations must be reduced to counteract the chance of root rot. People don't realise that a plant's root system needs access to oxygen too; when soil is watered, the air will travel upwards and out of the potting mix. A lack of available oxygen for the roots will cause them to subsequently breakdown over the oncoming days. Click on this link to learn more about root rot and how to address it.

Curled leaves and brown leaf-edges are the result of too little water and over-exposure to the sun. This species is best located in bright, indirect settings, and those that haven't acclimatised to the harsh rays will show signs of sun-scorch and environmental shock. A splash of winter sunlight is acceptable as long as the soil moisture is regularly observed, with complete avoidance once summer comes along. 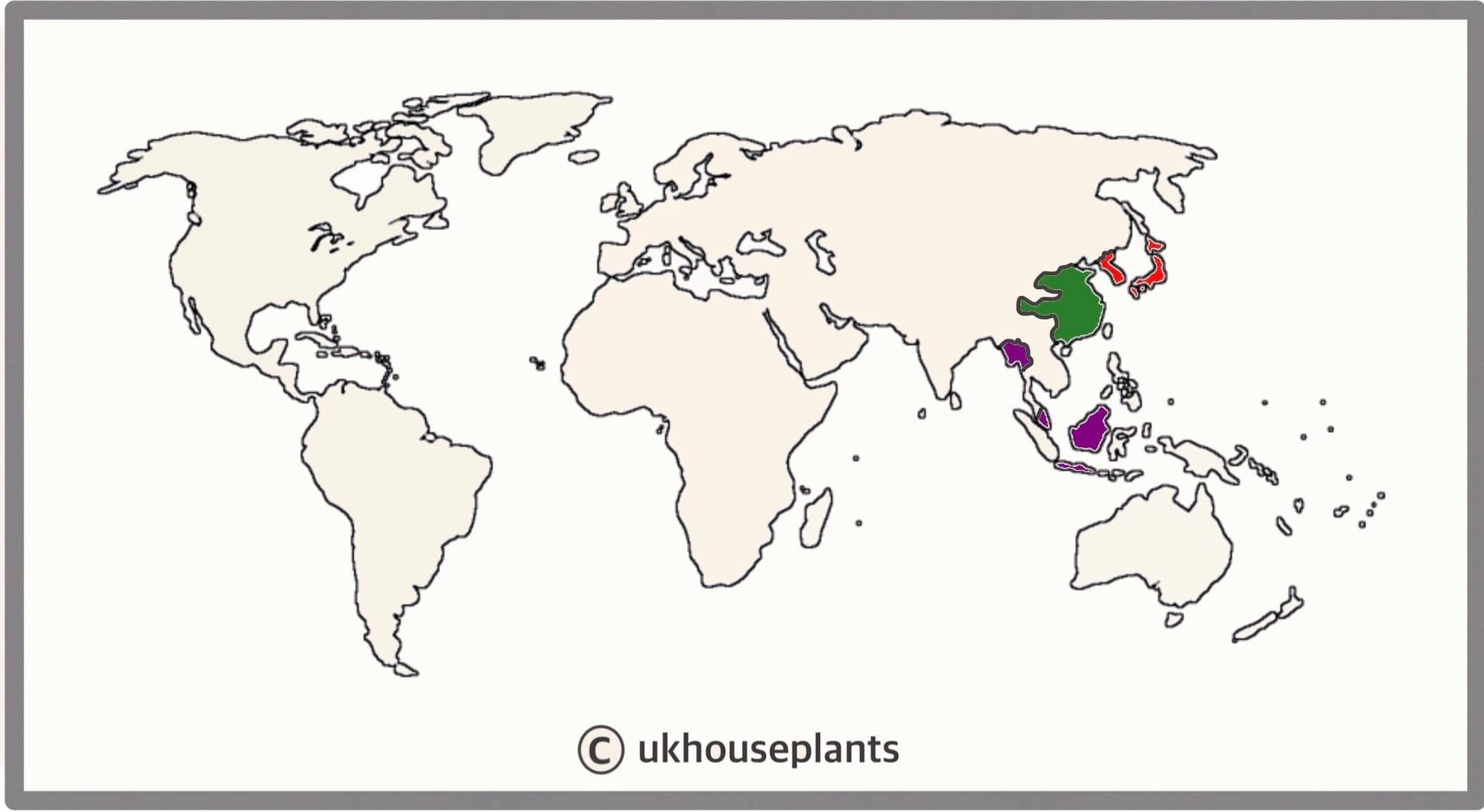 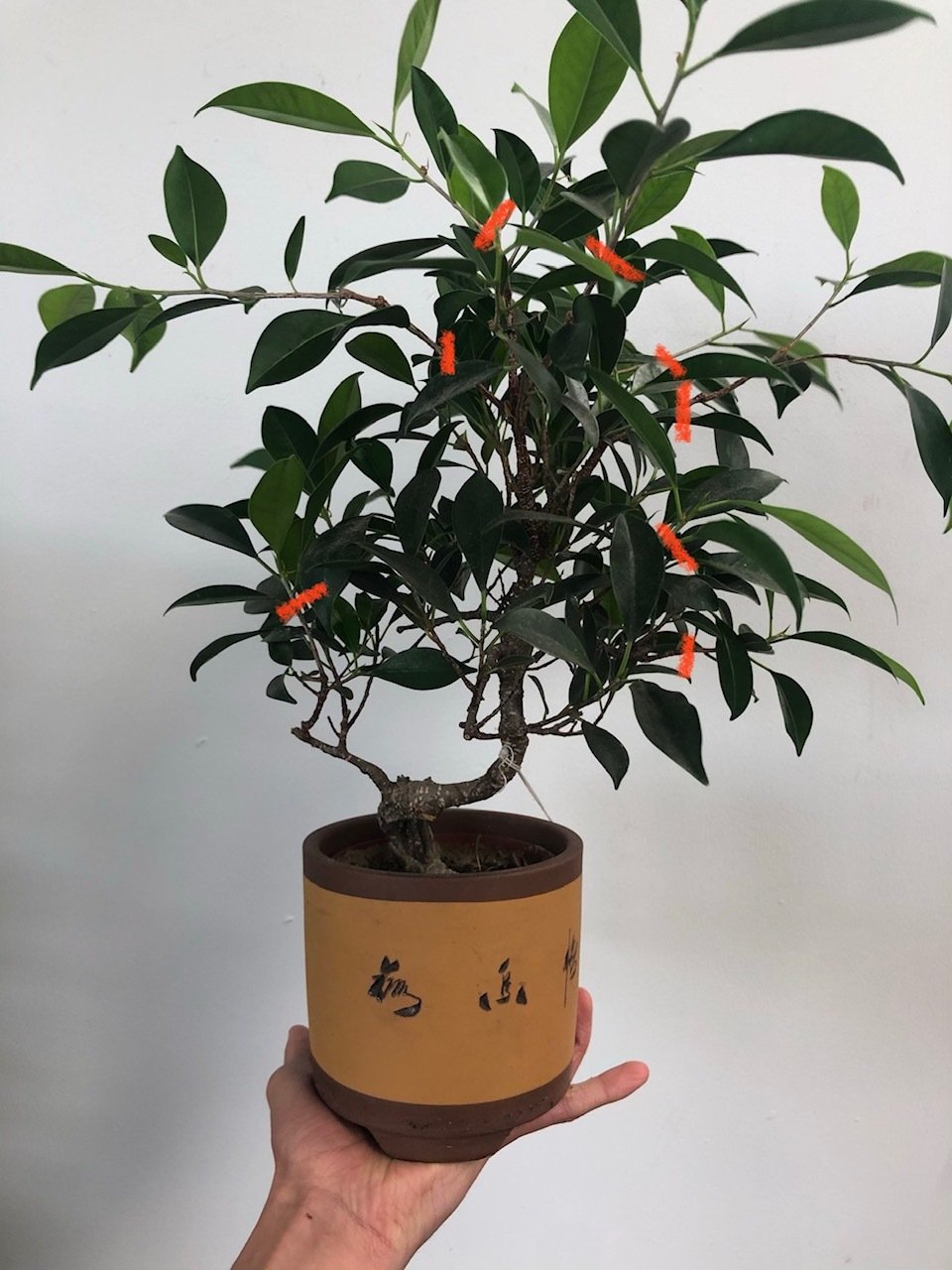 Here's our recommended method of pruning, labelled in Red.

Stem & Eye Cuttings (Moderate) - This method of propagation is troublesome without the aid of bottom-heat and a controlled environment. Choose the healthiest, most established stems that are wooded, yet still juvenile enough to bend slightly, being just thicker than a pencil. Each cutting should only have ONE leaf, and a small portion of the stem to either side of the node. Cut directly below a node using a clean knife to reduce bacteria count. Situate the cutting into moist houseplant compost, with the only the leaf sticking out of the soil. Blackleg can occur when the bottom wound becomes infected, resulting in propagation failure - typically caused by water-logging or a too-damaged wound. Maintain bright light and evenly moist soil with the avoidance of direct sunlight or cold draughts. Wrap the pot (& foliage) in a transparent bag or within a miniature greenhouse, and provide bottom hear of temperatures above 18°C (54°F). Remove the bag and place into individual 7cm (3 inches) pots once the second new leaf emerges. Follow the same care routines, as mentioned in the article's top half. This method will take up to five months, so patience and the correct environment are paramount for success!

Ficus inflorescences consist of white flowers developing in early springtime that can vary in size. This period will last up to several weeks and will from berries if pollination is successful. Unfortunately, all Ficus are highly unlikely to flower if grown domestically, due to the incorrect environmental conditions found in a typical home.

Repot biannually in spring using a Bonsai-labelled compost and the ORIGINAL container. Hydrate the plant 24hrs before the tinkering with the roots and remove the specimen from its pot afterwards. Reduce the rootball by a third with a clean pair of scissors to keep the plant within its desired size. Add a layer of the compost in the pot's centre and rest the specimen onto the new soil. Fill the gap between the roots and pot with some further compost, gently tapping either side to remove any air pockets. For those that have signs of root rot, click on this link to learn more about this issue.

This plant is classified as poisonous; if parts of the plants are eaten, vomiting, nausea and a loss of appetite could occur. Consumption of large quantities must be dealt with quickly; acquire medical assistance for further information. Its sap, which is predominately used to seal its wound from infection, can also cause dermatitis and skin allergy to sensitive individuals.